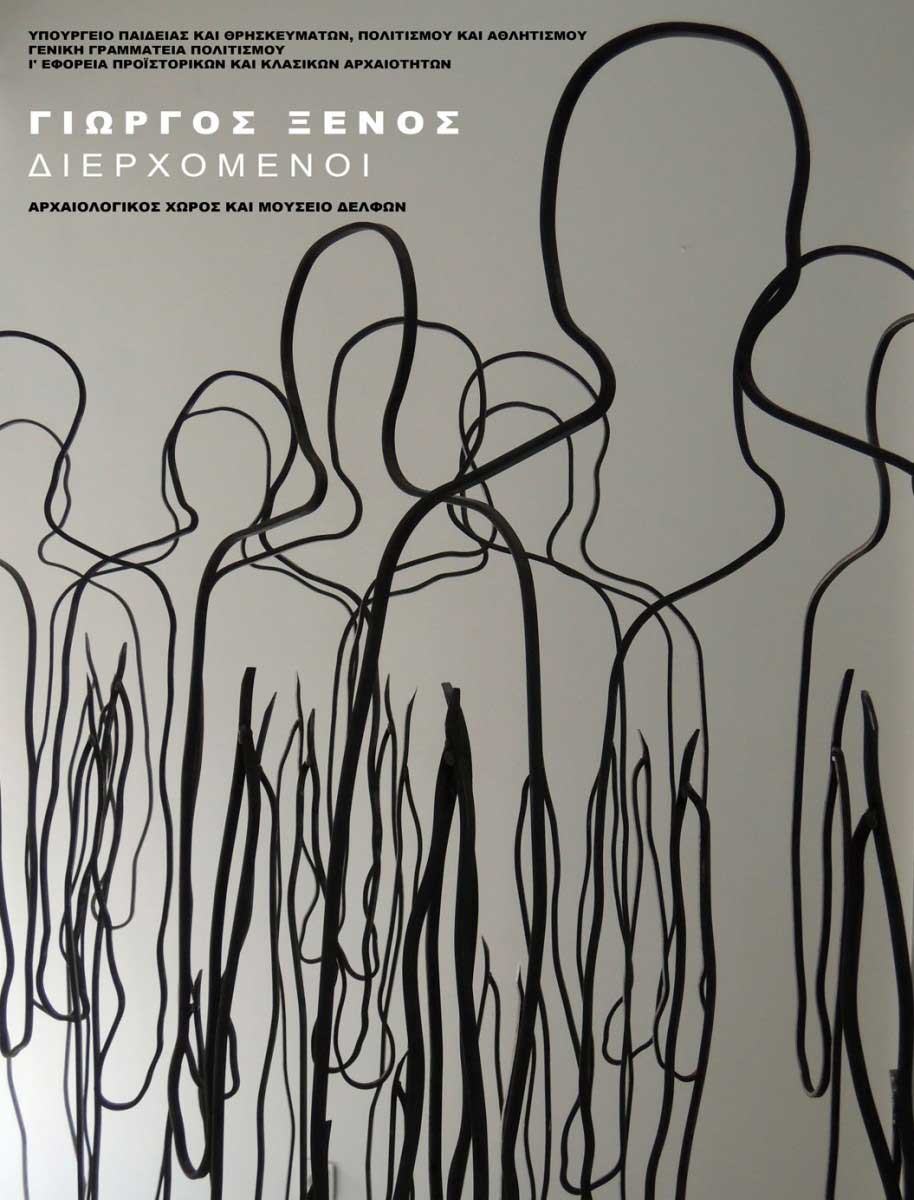 A dialogue between the classic masterpieces of art and the modern visual creations is what the visual artist Georgios Xenos is undertaking with his exhibition in Delphi, running from December 16, 2012 to April 30, 2013.

The exhibition, entitled “Passers-by”, is to involve individual works and unities of works, mainly constructions (installations), displayed in specifically selected areas of the Archaeological Museum of Delphi and the archaeological site of Delphi. The works “inspired by writing (literature) which has played a central role as the main axis of human existence, encourage a dialectic, attributing to the artistic product its true extent of meaning, thus promoting education and culture, forces magnificently beneficial to societies” quotes Georgios Xenos.

Georgios Xenos was born in Athens in 1953. He studied at the “Ecole Nationale Superieure des Beaux – Arts, Section des Arts Plastiques” in Paris, during the years 1976-1982. From 1983 to 1986 he lived and worked in Athens. In 1987 he lived and worked in Mönchengladbach, Germany. From 1988 to 1992 he lived and worked in Berlin, where he experienced the historical events of the Fall of Berlin’s Wall. During this period, he exhibited his work in Winckelmann Museum, Stendal (June – October 1991) and in Pergamon Museum, Berlin (January-November 1992).

Since 1993 he has been living and working in Athens.