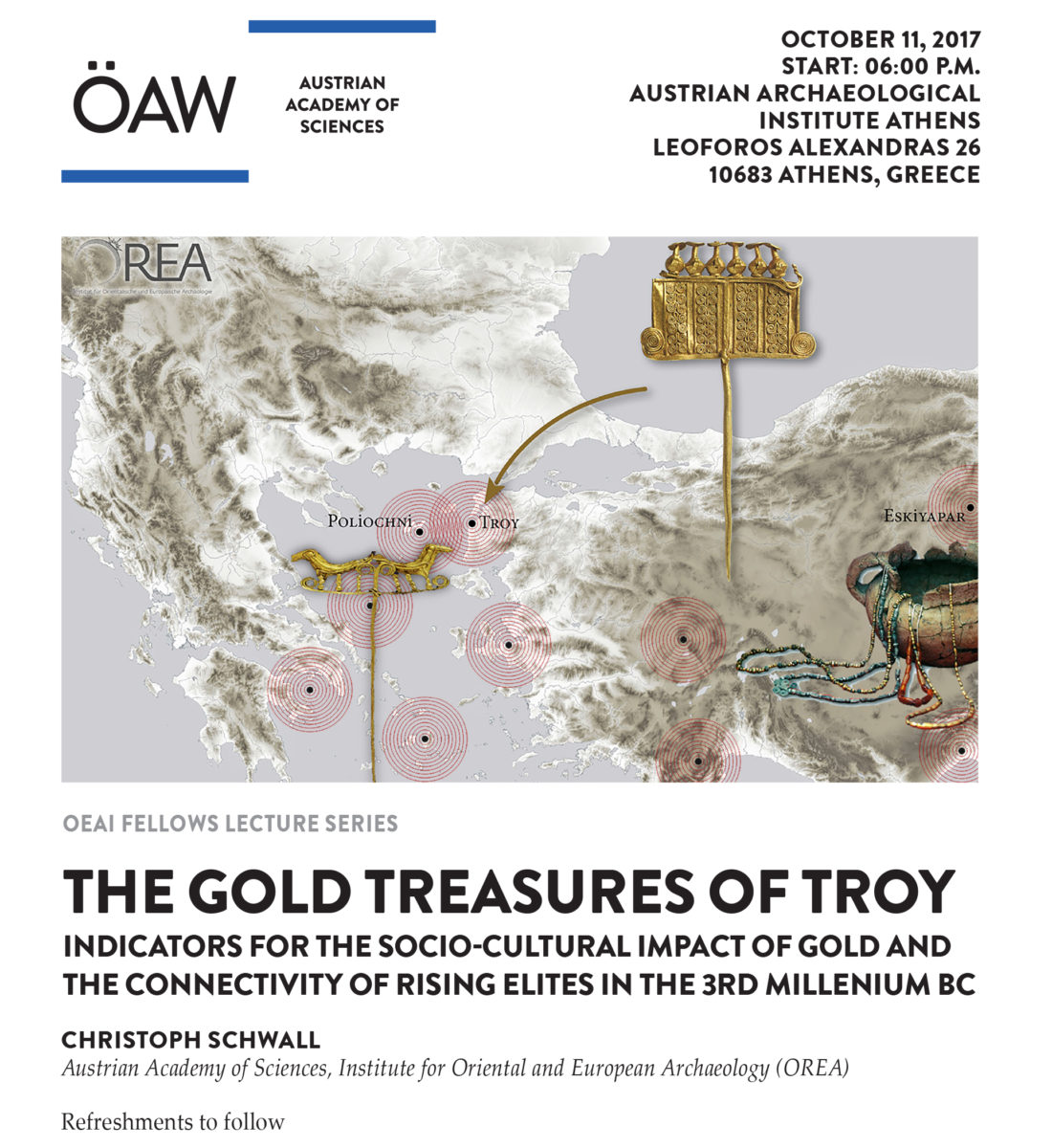 The gold treasures of Troy

Christoph Schwall (Austrian Academy of Sciences, Institute for Oriental and European Archaeology) will address the topic “The gold treasures of Troy. Indicators for the socio-cultural impact of gold and the connectivity of rising elites in the 3rd millenium BC”.

Aside from sporadic finds from the 5th and 4th millennia BC, the evidence for gold
in the Aegean and Anatolia increases during the beginning of the EBA 1 period.
Along with this development, fortified settlements appear at the beginning of the 3rd
millennium BC. This leads to the assumption that socio-cultural changes took place in
these societies during this early period, with the gradual emergence of early hierarchical
structures eventually resulting in the first proto-urban centers in the developed EBA 2.
Accompanying this development is the first evidence in the Aegean and in Western
Anatolia for the practice of hoarding prestige objects. The most impressive example
of this practice is the famous gold treasures of the EBA settlements of Troy in Western
Anatolia dating mainly between c. 2500-2000 BC. Interestingly, gold treasures with
typologically comparable objects were found at Poliochni on Lemnos and Eskiyapar in
Central Anatolia. Moreover, distinct gold elements indicate
far-reaching communication and trade networks from the
Aegean to the Indus region and enable us to reveal interactions
between emerging elites in the Early Bronze Age.