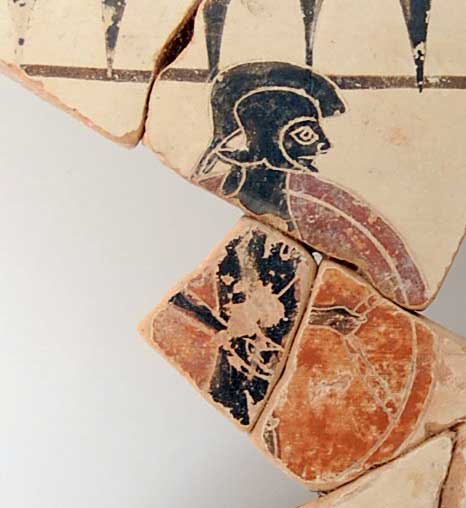 “The sudden popularity of Laconian pottery on overseas sites, beginning in the 570’s BC, is normally explained by citing the quality of vases produced by two major painters, and several others who followed soon afterwards. The so-called Naucratis Painter is especially credited with establishing the style, building on a home-grown decorative tradition and adding features of Corinthian vase-painting to the elegant, newly-developed high-stemmed drinking cup, the kylix. This view of Laconian’s BIG BANG needs some correction, however, to account for the contributions of a little-known and under-appreciated vase painter who preceded the Naucratis Painter. Recent finds from Miletus in Turkey help cement this older painter’s crucial impact on the style”. David Rupp, Director of CIG