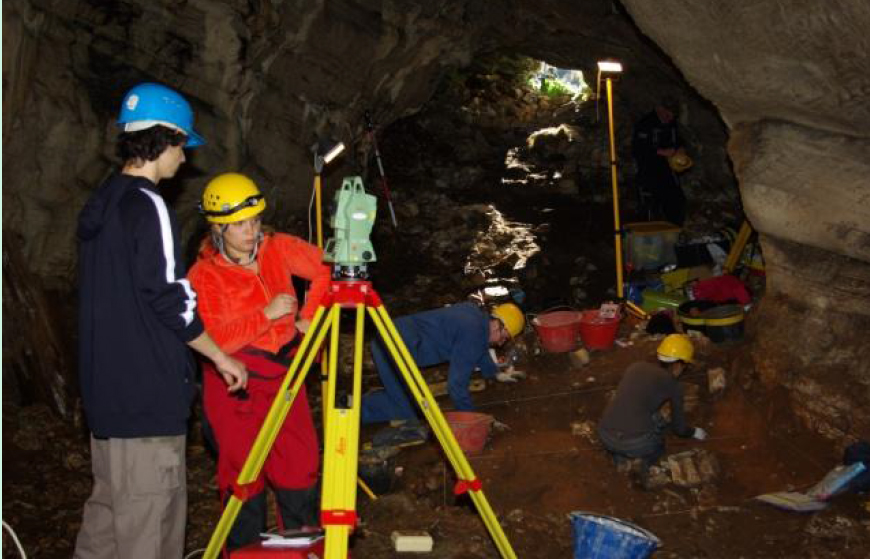 The Vindija cave (situated in continental region) in particular contained both Middle and Upper Paleolithic stratigraphic units that have had an important role in the debate surrounding the European Middle/Upper Paleolithic transition.
20 02 '17 13:19

Professor Ivor Karavanić (University of Zagreb) will give a lecture on “Late Middle and early Upper Paleolithic of Croatia in the context of Central and South Eastern Europe”. The event is part of the Palaeolithic Seminar series.

Paleoanthropological, archaeological and genetic evidence from the Croatian Middle Paleolithic sites has played an important role in scientific debates about later human evolution, Neandertal adaptation and the origins of anatomically modern humans. The Paleolithic sites of Croatia are generally situated in two main geographic regions: continental and Adriatic. The most famous sites are Krapina and Vindija, located in the continental region of Hrvatsko Zagorje (northwestern Croatia), which differs geographically and ecologically from the Mediterranean sites found farther south on the Adriatic coast and its hinterland. The Vindija cave (situated in continental region) in particular contained both Middle and Upper Paleolithic stratigraphic units that have had an important role in the debate surrounding the European Middle/Upper Paleolithic transition. Some new data and interpretations of situation at the Vindija and other continental sites will be presented.

In recent years, work on Paleolithic sites in the eastern Adriatic has been intensified and several Middle (for example Mujina pećina, Velika pećina in Kličevica and Kaštel Štafilić – Resnik) and late Upper Paleolithic sites were explored. The archaeological assemblage and the results of chronometric dating make the sequences of late Mousterian Dalmatian sites contemporary with late Neandertals and with the earliest known anatomically modern human groups in Europe. However, sites from the early Upper Paleolithic. Further, no industry from a single site of the eastern Adriatic region shows a progressive or transitional nature, and there is no evidence of in situ transition at any site in this region. Possible reasons for this situation are: insufficient level of research, flooding or abrasion as a result of the rising of the sea level, low population density in the eastern Adriatic during the Middle/Upper Paleolithic transition and early Upper Paleolithic, Neandertal population had disappeared from this region before the arrival of first anatomically modern humans, or Neandertals were late inhabitants in several niches in the eastern Adriatic which were avoided by anatomically modern humans. These possible reasons will be discussed in the light of new research.

Although it is not clear why no sites in the eastern Adriatic region thus far document the Middle/Upper Paleolithic transition, and why early Upper Paleolithic sites are very rare, new research on Dalmatian Mousterian sites enables a better comparison with other Adriatic and continental sites. This new research makes a contribution towards our understanding of the distribution of Mousterian people, the complexity of the processes that underline the interactions between Middle and Upper Paleolithic populations in the late Pleistocene of Central and South Eastern Europe, and the reconstruction of the mobility patterns of Paleolithic populations.

A joint initiative of the National and Kapodistrian University of Athens and the University of Crete (Departments of History and Archaeology), the Palaeolithic Seminar aims to bring Palaeolithic Archaeology closer to its specialist and wider audience. It aspires to become a forum where the results of recent work in the field and the latest theoretical trends within the discipline are presented and discussed.

With the contribution of the French Archaeological School at Athens.