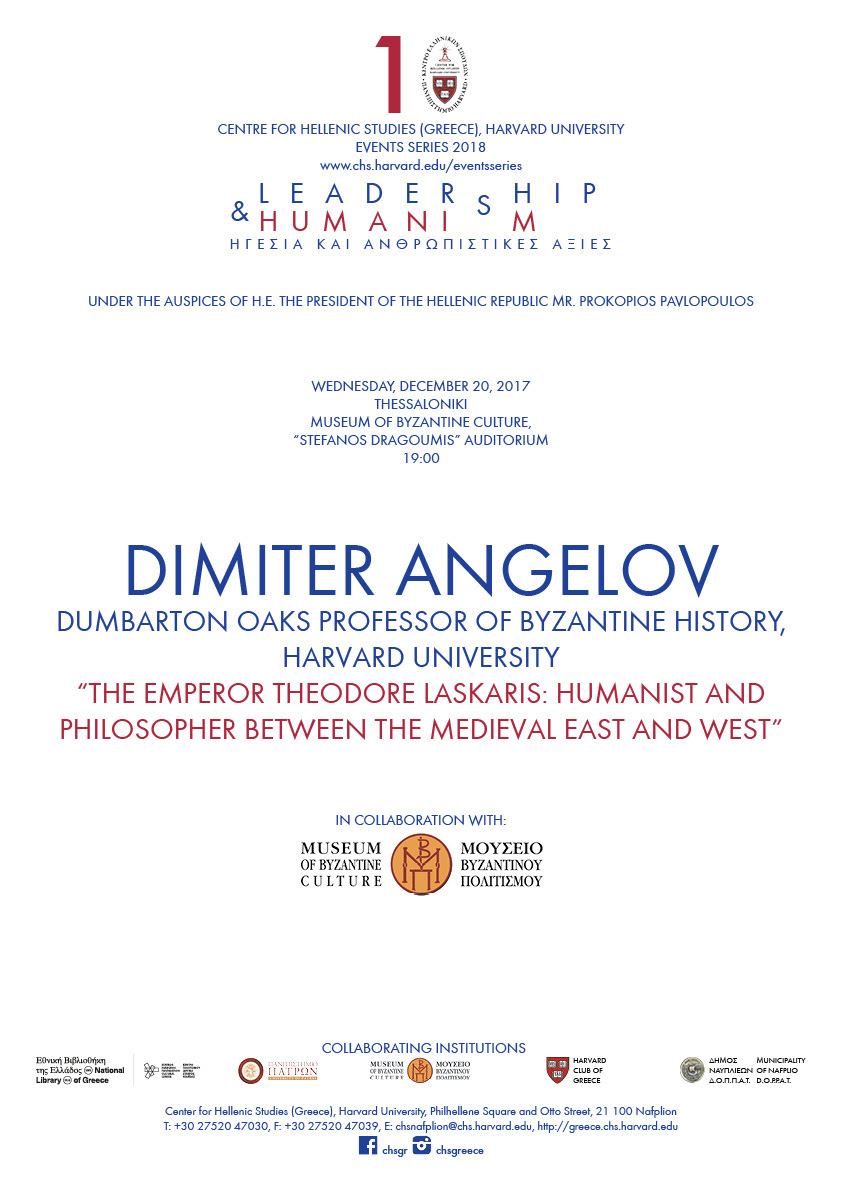 Dimiter Angelov (Dumbarton Oaks Professor of Byzantine History, Harvard University) will introduce the topic: “The Emperor Theodore Laskaris: Humanist and Philosopher between the Medieval East and West”. The  event is organised by The Center for Hellenic Studies (Greece), Harvard University and the Museum of Byzantine Culture of Thessaloniki

The Byzantine ruler and philosopher Theodore II Laskaris (1221/22-1258; sole emperor of the empire of Nicaea between 1254 and 1258) gives us an opportunity to explore issues of leadership and humanism in Byzantium. The paper focuses on the methods and meaning of leadership and ideology in the particular historical circumstances of the revived Byzantine state in Anatolian exile after the fall of Constantinople to the Latins in 1204. Laskaris was a true humanist, in the sense that he was interested in human character, human emotions, and human existence. The paper examines the practicality as well as pessimism of his humanistic approach. It argues that Laskaris was both an innovator and a traditionalist in his intellectual position toward medieval Western philosophy and theology.

The lecture will be delivered in English.

Dimiter Angelov is Dumbarton Oaks Professor of Byzantine History at Harvard University. He is one of the founders of the Comparative Cultural Studies seminar in Greece (2002-present). His many publications on Byzantine history include Imperial Ideology and Political Thought in Byzantium (1204-1330), (2007). He works mostly on issues of intellectual history in the later centuries of the history of the Byzantine Empire. His recent research includes a forthcoming monograph on the thirteenth-century emperor and philosopher.