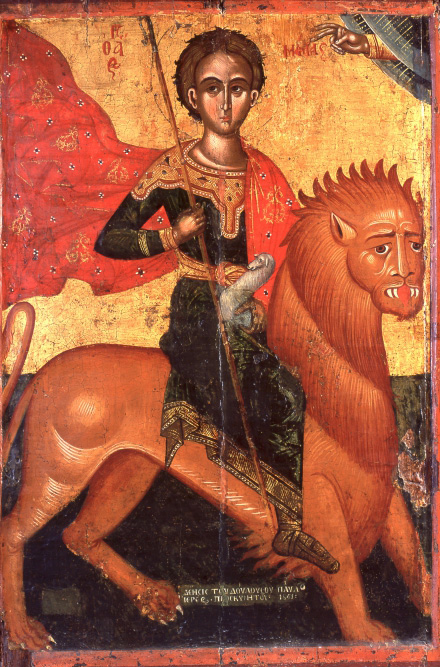 Organised to mark the Cypriot presidency of the Council of the European Union, the Mapping Cyprus 1191-2012: Crusaders, Traders, and Explorers exhibition recounts the island’s eventful history. A crossroads for the major commercial and political exchanges between West and East, Cyprus was long coveted by competing civilisations and was occupied by a succession of them. The exhibition opens with the period of Frankish (i.e. Western) domination inaugurated by Richard the Lionheart in 1191. Richard sold Cyprus to Guy de Lusignan, who founded an independent kingdom that lasted for nearly three centuries (1192-1489). Venice was the next owner, before the island was seized by the Ottomans in 1571. They, in turn, ceded it in 1878 to the British, who recognised its independence in 1960.The exhibition reflects this exceptional cultural interchange, which radiated throughout Europe and saw the interpenetration of Byzantine, Western, and Venetian art. It includes some fifty icons, geographical maps, and paintings belonging to the last queen of Cyprus, Caterina Cornaro, and to the Venetian period, as well as two special thematic rooms devoted to Shakespeare’s Othello and to the music of the Lusignan court. The latter is represented by extracts from the Cypriot-French Codex, composed in the 15th century for King Janus, as performed by Paul Van Nevel and his Huelgas Ensemble.