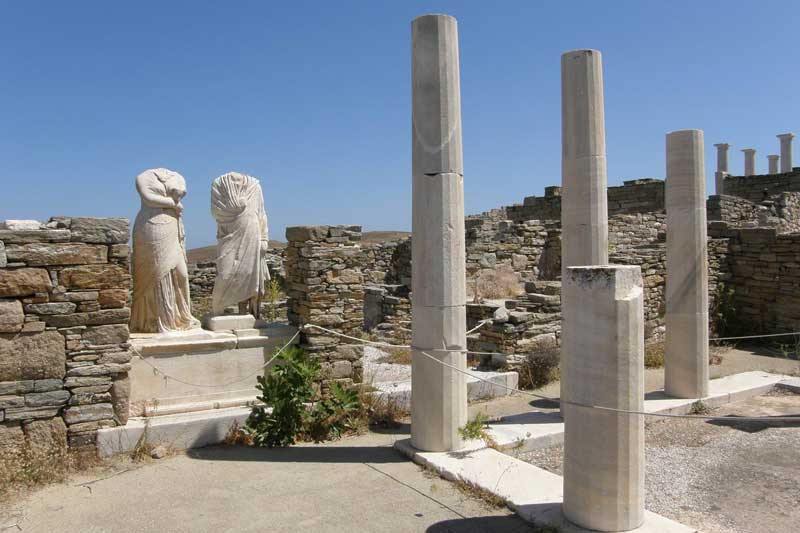 The lecture, to be given by Mantha Zarmakoupi, examines the material as well as the epigraphic evidence of merchant associations and domestic cults in late Hellenistic Delos in order to tackle the ways in which merchant communities employed religious practices as economic agents in the dynamic urban economy of the period.

Delos has yielded rich epigraphic evidence of different associations and groups that issued inscriptions from the third century BCE to the second century CE, while most inscriptions date from the heyday of the free port from 167/166 to 88 BCE. These inscriptions attest the geographic diversity of the mercantile influx into Delos in this period: Greeks, Italians and Phoenicians came together in corporate groups that carried out cultic observances and built religious structures on the island. Domestic cults alongside religious associations were a means of fashioning the corporate identity of merchant communities and promoting their economic interests in late Hellenistic Delos.

The cult of Lares Compitales whose altars were placed in front of the houses, shows that merchants employed the cult as a means to assert their corporate identity in both private and public spheres and, in so doing, shaped the urban fabric of Delos. Both domestic cults and religious associations were a means of fashioning the corporate identity of the merchant communities and promoting their economic interests. By examining the architectural arrangement of these cultic observances, this paper will address the ways in which diverse groups of merchants articulated their social and commercial aspirations in both public and private spheres.