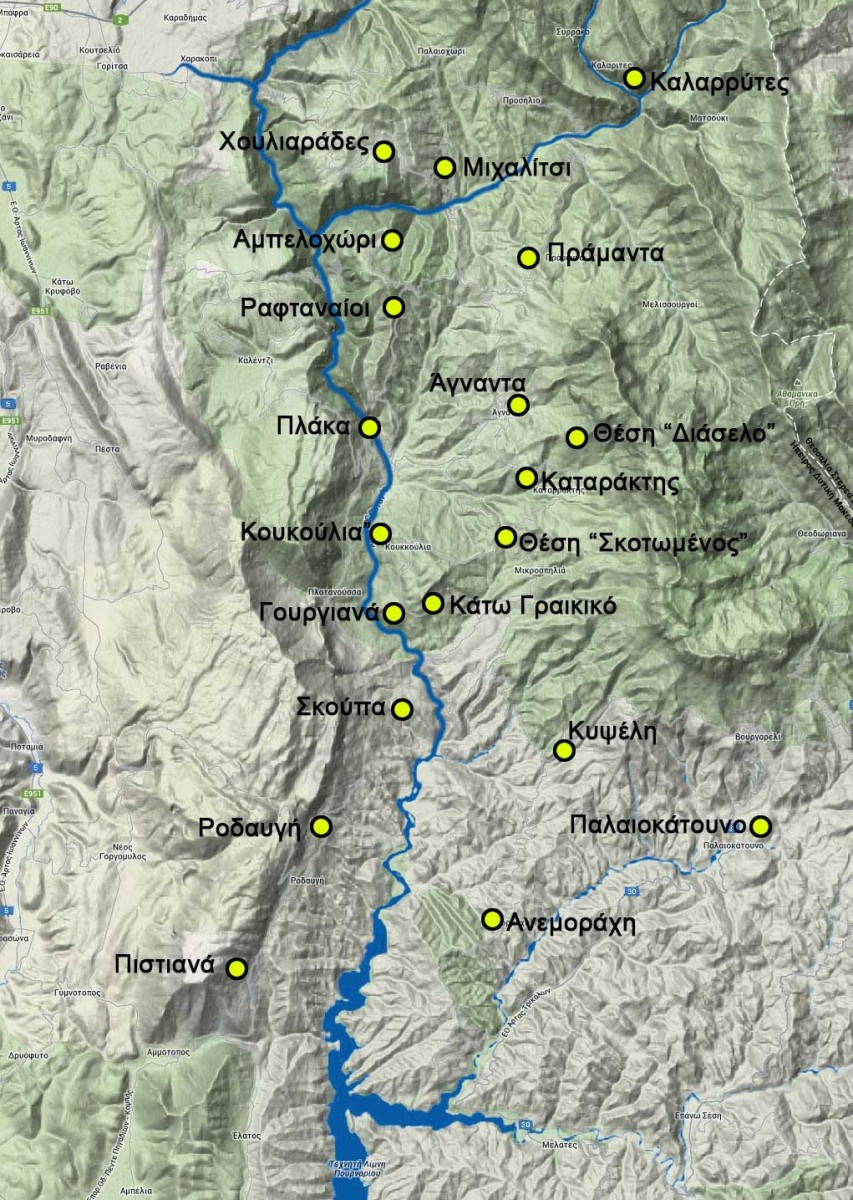 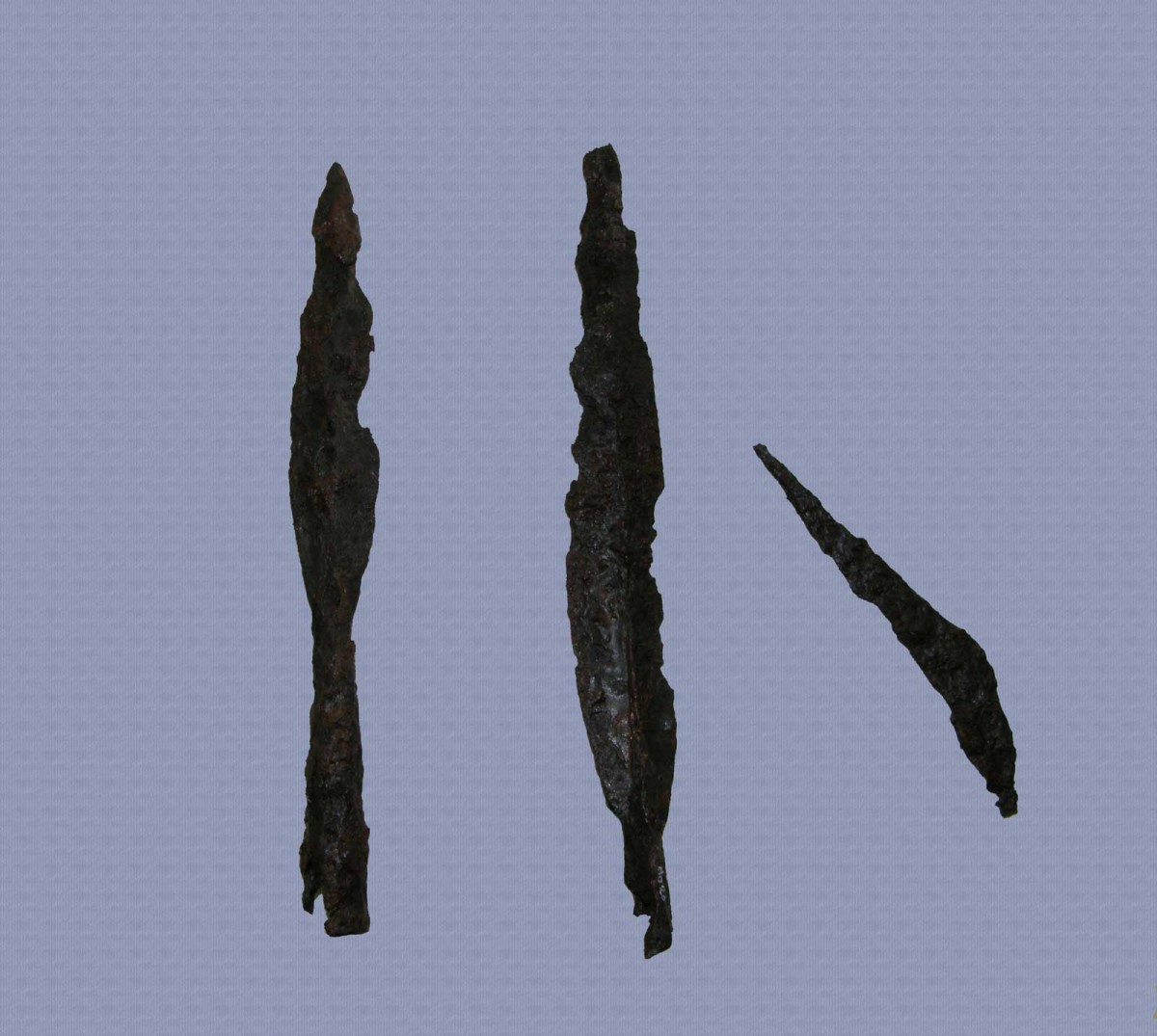 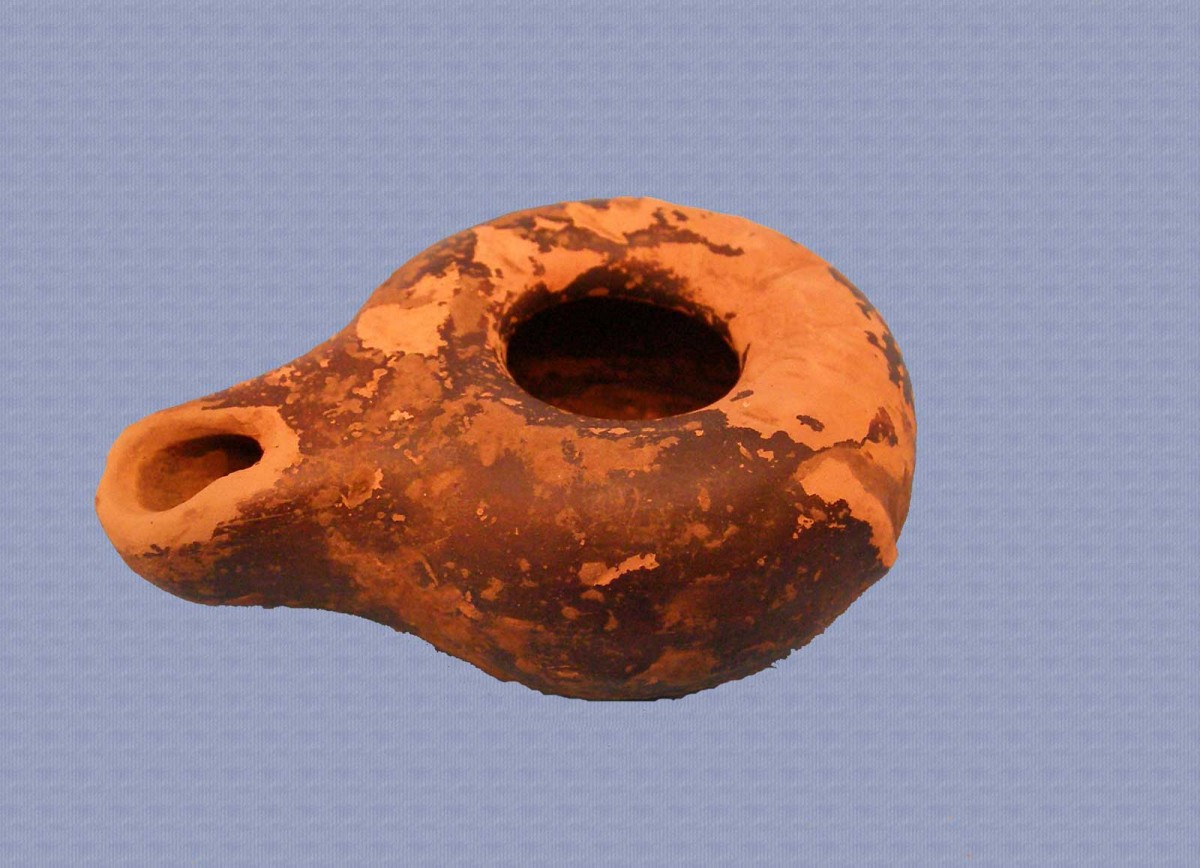 The archaeology of Tzoumerka (Part 1)

The mountain range of Tzoumerka, so difficult to access, was already inhabited in antiquity and specifically since the Bronze Age. During Historical times there was growing evidence of the region’s habitation and this increased considerably in later years, especially during the period of Ottoman rule. Tzoumerka’s monuments stand as irrefutable evidence of continuous habitation and the centuries old history of the region, dating from classical times to the post-Byzantine and modern era. There is, however, a lack of systematic research in the region, that would give us important facts on the district’s history in antiquity, while most of the standing monuments from the post-Byzantine and modern times have not been shown to their full advantage, as deserved.

The Historical and Folklore Society of Tzoumerka, a cultural and intellectual association, could not remain indifferent. Its activities cover all the Tzoumerka region and aim to collect, rescue and study the region’s archaeology, language and folklore material as well as its intellectual and cultural development. After a proposal made at the 2009 General Meeting, the Society’s Board of Directors decided to put together a complete file that would be the start of an effort to uncover, enhance and protect archaeological sites and monuments in Tzoumerka, the region of ancient Athamania and Byzantine Tzemernikos. Thus, the study entitled “Archaeological interventions and research in the region of ancient Athamania and Byzantine Tzemernikon” was prepared by Konstantina Zidrou and the author, supervised by Chriseida Tzouvara-Souli, Professor of Classical Archaeology at the University of Ioannina.

Following an introduction with facts about the region’s history, the study includes a chapter on the geomorphological and geographic data on the Tzoumerka district, its historical outline in the prehistoric period, classical antiquity and the Byzantine period, testimonies given by sources from ancient Greek, Roman and Byzantine literature, a catalogue of surviving monuments of each period (i.e. ancient, Byzantine, post-Byzantine and later Greek monuments), the proposal for the enhancement of monuments and a methodology for its implementation, as well as results expected from research in the area and last a selected bibliography. The study is completed by a map of the area and photographs. It should be noted that the study includes only the monuments from the region of Tzoumerka and not, for example, monuments from the Radovizia area or from Athamania which is situated in Thessaly.

The mountainous area of Tzoumerka is on the west side of the central part of the Pindos mountain range, in the so-called Athamanian or central Pindos, and is shared between the geographic prefectures of Epirus and Thessaly (note 1). The region is traversed from north to south by the single Athamania mountain range whose highest peaks are those of Kakarditsa and Katafidi. The basin of the Acheloos river forms a boundary on the region’s east side, while corresponding basins of the river Arachthos and its tributaries form natural boundaries to the west, north and south. The region is predominantly mountainous in high relief, featuring massive rocky ridges, high peaks, extensive subalpine plateaus, steep canyons, woods and wooded areas in places, large districts with extensive and dense thickets and a dense hydrographic network consisting of large rivers and tributaries with a permanent or seasonal flow, as well as many waterfalls while flat surfaces are rare. The climate which is a catalyst affecting the presence and development of man, is primarily continental and mountainous, featuring a heavy winter with rain and snowfall and a cool summer with regional showers (note 2). The picture painted of this area has not essentially changed since antiquity or the medieval period, according to written accounts, later travel literature, scientific surveys, but also the fact that, in geological terms, four thousand years since the settlement in the Athamania region are not sufficient to have caused rapid changes. Therefore, man’s relations with the natural environment, his activities and diverse needs have also not changed drastically.

To date, the earliest known evidence of habitation in the Tzoumerka region can be traced back to the Bronze Age and come from the Pramanta area and from Kato Graikiko. Specifically, near the church of the Panaghia of Pramanta, Hammond found a stone axe with a rectangular cross section and the blade of a small stone axe or chisel with a square cross section (note 3). From Christous, in the region of Pramanta, comes a bronze double-edged axe, an effective weapon that originated from the Aegean and became popular in mainland Greece (note 4). Last, in Kato Graikiko on the hill of the Prophet Elias, Dakaris found a section of a stone pickaxe with a hole made of granite (note 5).

The Athamanians (note 6) who according to Strabo (note 7) were one of the main tribes of Epirus, settled from the beginning of the second millennium B.C. in the region of Tzoumerka: specifically also in the wider area of the upper reaches of the Acheloos river, between Thessaly and Akarnania. The Aithikes lived to the north of the Athamanians, the Molossoi to their west and the Amphilochians to the south. The Athamanians, like their neighbouring tribes were nomads and shepherds, moving back and forth between summer and winter pastures. Consequently for many centuries, the geographic area would have been defined by changing pastoral boundaries rather than stable continuous ones (note 8). It was only during the 5th and 4th century B.C. that they moved from an agricultural to an urban way of life and to inhabiting organized settlements and towns. Because of their way of life, the Athamanians must have seemed barbaric to the Greeks living in regions further south, during the historical years. Thus Thucydides considers them as barbarians while Strabo doubts whether they should be called Greeks (note 9). Nevertheless, their Greek identity is made obvious by Athamania’s eight well known place names (Athenaion, Aithopia, Akanthos, Argithea, Herakleia, Theodoria, Krannon, Tetraphyllia), by the names of people and the inscriptions on its coins which are all Greek (note 10) as well as from the religious life of the inhabitants, which, at the same time, also reflects political and social developments (note 11).

The first historical reference to the Athamanians dates from 395 B.C. when they are referred to as being members first of the Corinthian and then of the Second Athenian League (note 12). In the Sacred War of 354 BC, they fought against the Phocians and in the Lamian war of 323 BC against the Macedonians. In 295 B.C. Pyrrhus annexed the country of the Athamanians to his kingdom, because he relied on its strategic position and its inhabitants who, from that time, followed the king on his campaigns. When the kingdom fell in 232 B.C. and democracy was established, the Athamanians regained their independence. Between 220 and 185 B.C. the region was governed by the kings Theodore and Amynander. The latter, in particular, was very active both in diplomacy and in politics beyond the narrow limits of his country. An example of the Athamanian kings’ broader policies is the recording of the Athamanian kings’ names in the list of envoys sent to consult the oracle (θεωροδόκοι) in Delphi and their relations with other sanctuaries such as Delos and Klaros.

In 167 B.C., Athamania probably did not avoid the common fate of Epirus when the legions of Aemilius Paulus destroyed 70 mainland cities and captured 150.000 Epirotes. Of course, the country was not entirely destroyed, since from the time of Amynander or just after 167 B.C. and at least till 88/87 B.C., the Athaman League was in operation. During the era of the Empire, there was just a mention of the Athamanians without any particular reference to the political and economic state of their country.

In classical times there was an intensified movement of urbanization in the interior of Epirus, because of political and military unrest in the 3rd and the early 2nd century B.C., when the Macedonian wars and Roman infiltration forced the Epirotes of even the most inaccessible regions to abandon the countryside in times of danger and settle in fortified cities or smaller towns. The Athamanians also follow this specific movement as made evident by the walled settlements, the citadels and the smaller watchtowers located mainly along pathways defining the border lines (note 13) (fig. 1). Thus the citadels and towers found in the region of north Tzoumerka (as for example in Kalarrytes, Houliarades, Michalitsi and Ambelochori) control the northern boundaries of the region of the Athamanians with the region of the Molossians. Similarly, the gorge of Arachthos formed the eastern boundary of the Athamanians’ region which was guarded by citadels on the eastern side of the gorge (in Raftanaioi, Plaka, Koukoulia and Gouriana). The citadels located on the gorge’s western side in today’s Xerovouni (Pistiana at Rodavgi) belonged to the region of the Molossians and guarded the boundaries from their side.

To date, no surveys have been made on ancient sites discovered in the Tzoumerka region except for an excavation lasting a few days carried out by Sotiris Dakaris in Kato Graikiko in the 1950s and resulting mainly in finds from the post Byzantine as well as from the Hellenistic and Roman times (note 14). Only random finds come from other sites, such as iron weapons discovered in the Agnades district during the opening of a rural road (fig. 2) or a clay lamp and clay loom weights from Gouriana (fig. 3).

The importance of Athamania, however, first became apparent to the ancient writers themselves, as is proved by the many references in their works. As early as the 6th century B.C., the terms Athamania and Athamanes (Athamanians) are found in ancient Greek texts and continue without interruption up to and including the period of Roman rule in the 2nd century A.D. (note 15). Besides the great range in chronology, there is a remarkable variety of sources that include relevant information and references. These are works of history, geography, travel, philosophy and literature. There is very important data found on the region’s location, its proximity to other tribes in Thessaly and Epirus and its relations to neighbouring territories. Moreover, the study of sources helps to outline the region’s historical course during classical antiquity, it offers valuable facts about its culture, as well as additionally rescuing some traditions and last it proves its importance and strategic position on the passes that joined Epirus to Thessaly. Since these passes remained unchanged over subsequent centuries, the region also maintained its importance during the Byzantine period. Evidence of this comes, first, from the fact that Athamania was never forgotten by the authors despite its abandonment and decline after the Roman conquest and second, from the important Byzantine and Post Byzantine monuments, surviving in Tzoumerka.