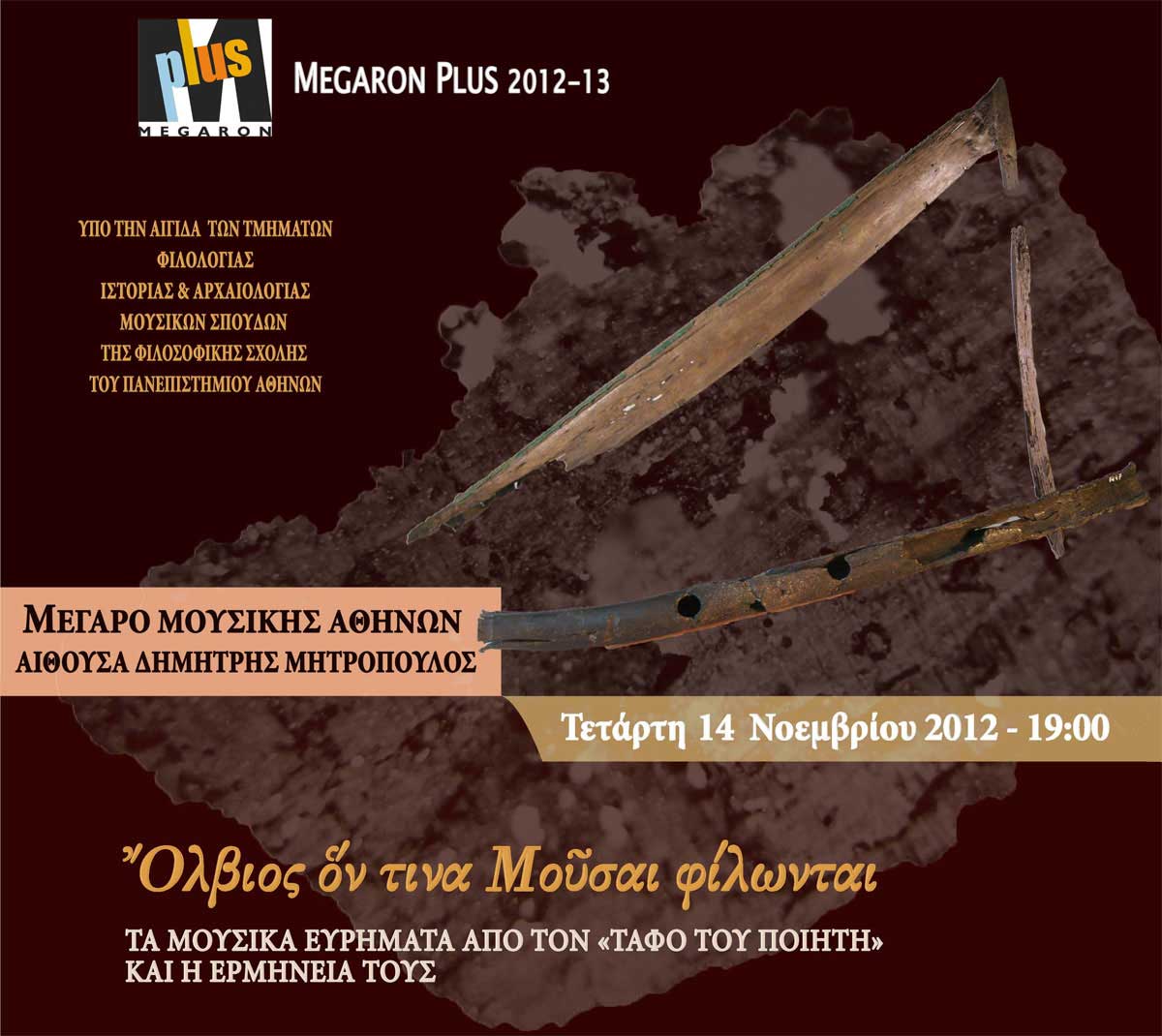 Musical finds from the Tomb of the Poet

Musical finds from the Tomb of the Poet, and their interpretation

A significant archaeological find came to light some thirty years ago in Daphne, Attica. The so-called Tomb of the Poet dates back to the classical era (around 430 BC) and the excellent condition of the grave goods yielded valuable information to archaeologists – especially concerning music and musical instruments in ancient times.

Christos Terzis, PhD in Ancient Greek Music from the School of Musical Studies, University of Athens

(In English and in Greek with simultaneous translation)