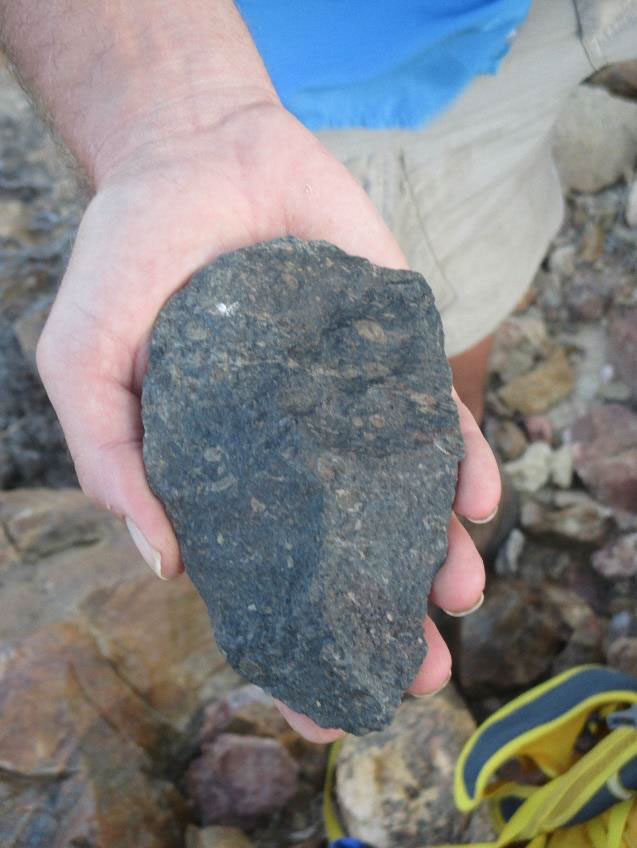 The 152m tall double-peaked hill of Stelida (NW Naxos) is a major source of chert, the site littered with prehistoric stone-tool manufacturing debris. When discovered in 1981, the site proved difficult to date, as its associated lithic technology bore no resemblance to anything that had been found before in the Cyclades, which until this point comprised a number of Late Neolithic and Bronze Age sites.

Stelida was tentatively claimed to be of Early Neolithic, or Epi-Palaeolithic date, despite the received wisdom of the early 1980’s being that the colonisation of the Mediterranean islands was largely a Neolithic phenomenon. Subsequent post-2000 rescue excavations by the Ministry of Culture suggested a Middle Palaeolithic – Mesolithic date, contributing to a larger debate surrounding Pleistocene activity in the Aegean Basin.

In 2013 we initiated the Stelida Naxos Archaeological Project [SNAP] to geo-archaeologically characterise and date the site, commencing with two years of surface survey, followed by stratigraphic excavations since 2015. This presentation details our work at Stelida, arguing that the chert source was exploited from the Lower Palaeolithic to Mesolithic (≥250,000 – 9,000 BP, figs. 1-2), after which the site was largely abandoned until historic times, the site visited – likely intermittently – throughout the Ice Age by early Homo sapiens, Neanderthals and their predecessors.