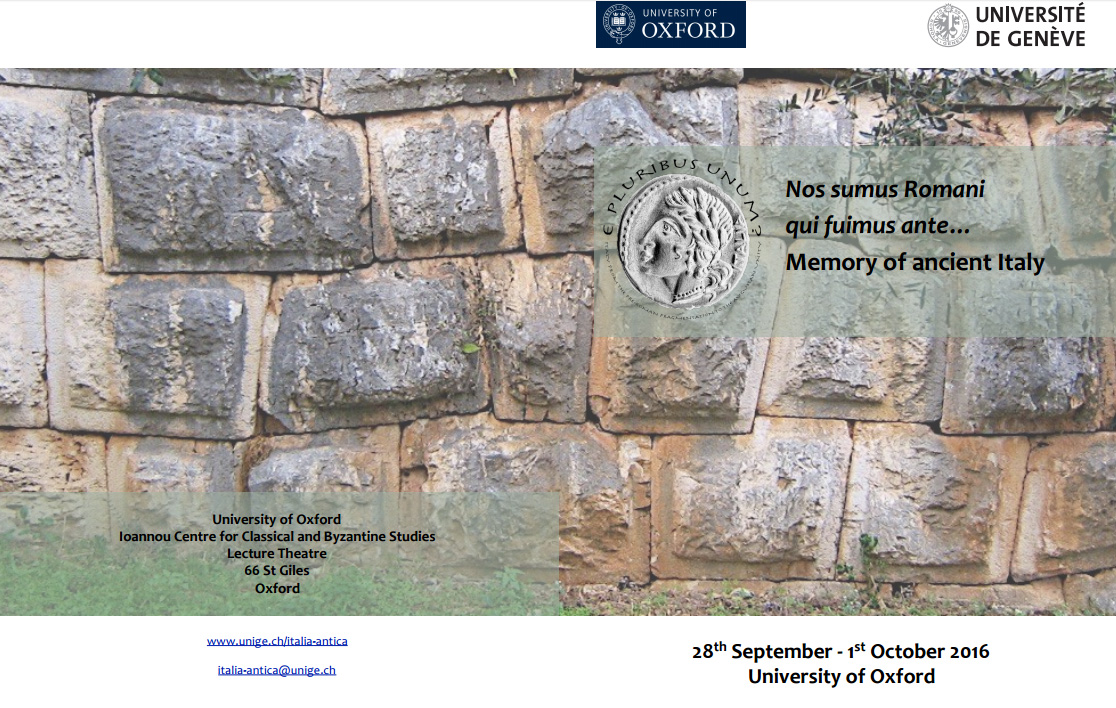 Ιστοσελίδα
Conference about the importance of pre-Roman peoples in the construction of Roman identity and the reasons and the ways in which the Romans rediscovered their pre-Roman roots.
23 09 '16 11:14

From the late Republic and during the Empire specific moments of conscious rediscovery of the contribution given to Roman culture by conquered peoples can be traced. These procedures can be recognized particularly during the Augustan period and the final outcome is the formation of a connective tissue, which can be described as the cement of the “unaccomplished identity” of ancient Italy.

Once more we think that investigating this situation from different perspectives is a way to highlight specificities and to abandon a too Romanocentric perspective. We would like on one side to consider the dichotomous relationship between the Romans (the “we”-perspective) and the “others” (the peoples of pre-Roman Italy) and on the other hand to investigate a Roman “national” perspective, compared to a local one, in connection with the ways in which Roman culture has looked back in retrospect to its non-Roman past.

In this third conference the following two aspects will be especially investigated :

The contribution of pre-Roman peoples to Rome;

The ways in which Rome has remembered-rebuilt-reread its “Italic” roots.

In these two main streams some particular questions must be critically asked.

First of all it will be necessary to reconsider the reliability of ancient sources on pre-Roman Italy. In other words to what extent can they be used to reach a reliable historical reconstruction?

It will be then necessary to weigh up the importance of pre-Roman peoples in the construction of Roman identity and to investigate the reasons and the ways in which the Romans rediscovered their pre-Roman roots.