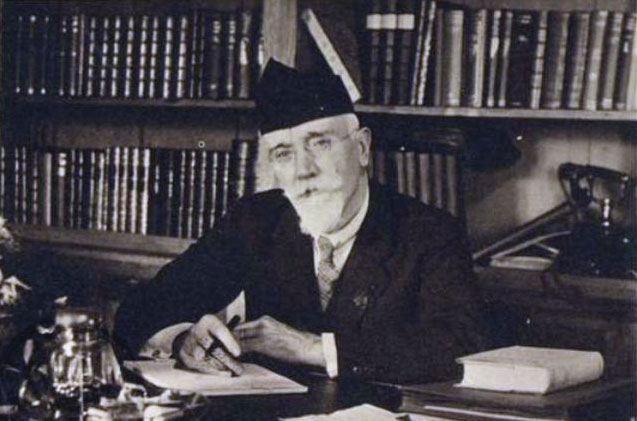 A politician and his books

Sir Michael Llewellyn-Smith (King’s College London) will tell the story of Eleftherios Venizelos’ library, relating the books to the turbulent times of his life and the years after his death. Part of the Modern Greek seminar series.

Eleftherios Venizelos was a voracious reader of books, journals and newspapers in several languages. Until the end of his life he bought and read the latest books, primarily historical, political and cultural. He also received many as donations from authors and others, with more or less elaborate inscriptions. On his death in 1936 his collection was brought together from his apartment in Paris and his house in Athens (now the British Embassy residence) and sent to his house in Chania (now the museum of the E K Venizelos National Research Foundation). During the occupation the house was commandeered by the German military, putting the fate of the books in doubt. They were eventually transferred to the municipal library of Chania and now occupy a large room where they can be studied. The books and his marginalia raise a number of interesting points about his interests, reading habits, and knowledge of languages. Here,the story of the library will be told, relating the books to the turbulent times of Venizelos’s life and the years after his death. Sir Michael will relate the books to his intellectual interests, in which his translation of Thucydides has a special place, and will offer some reflections on politicians and books.

Sir Michael Llewellyn-Smith was British Ambassador in Greece in the 1990s. He has a D.Phil. from Oxford for his thesis on Greece in Asia Minor, 1919-1922, and has published books about this, Crete, the 1896 Olympic Games, and the cultural and literary history of Athens. He is currently working on the life and times of Eleftherios Venizelos.