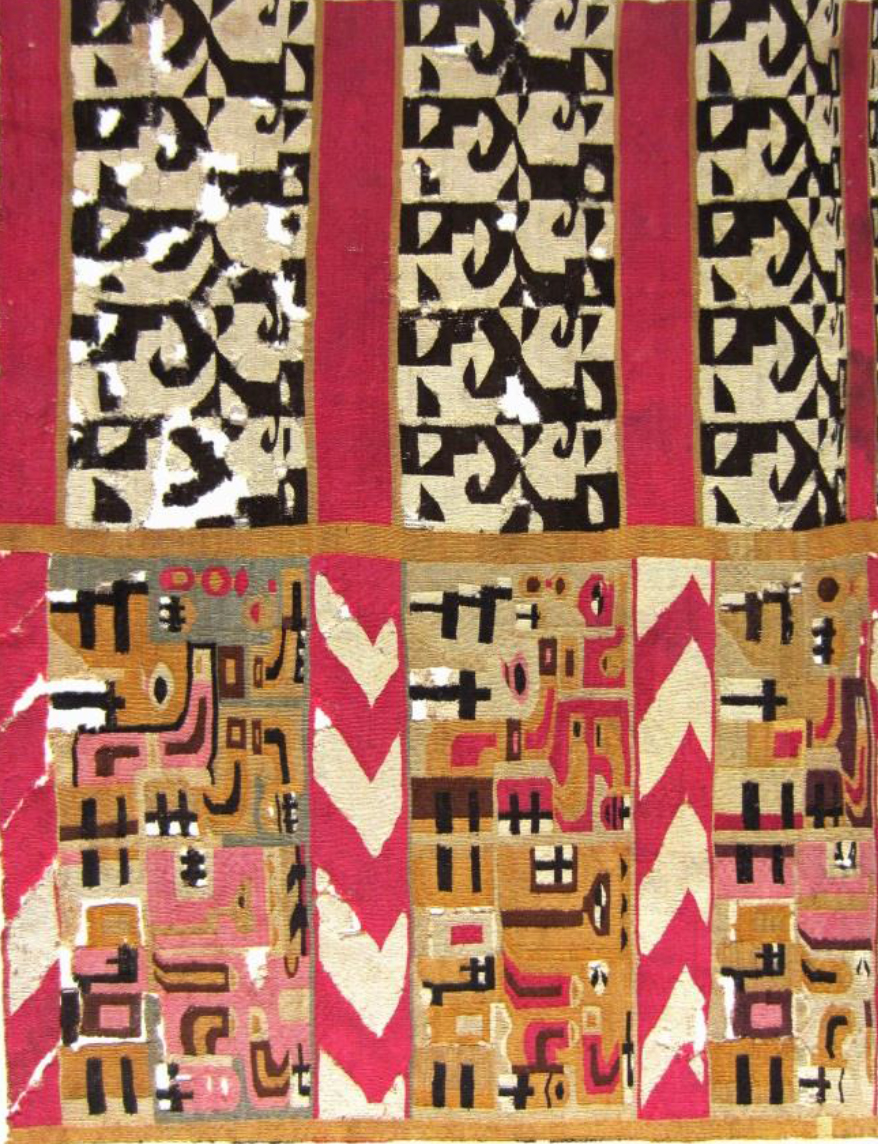 The Danish Institute at Athens is pleased to invite you to a double event on Pre-Columbian textiles and contemporary weaving in Peru: ancient traditions survived in living crafts by Lena Bjerregaard, Textile Conservator, guest researcher at the Centre for Textile Research, University of Copenhagen.

At the conquest of Latin America (ca 1530ties) many different high cultures on the coast of Peru became known. Since long before the Christian era textile production was the most important craft in the area, social status and wealth were expressed mainly through this media. The different Peruvian high cultures, such as Paracas, Nazca, Wari, Moche, Chimu, and Inka, produced exquisite textiles admirable for their sophisticated technology. The same weaving techniques and materials are still in use in the highlands of Peru revealing a remarkable long-lasting textile tradition. The largest collection of Pre-Columbian Textiles in Europe is kept in the Ethnological Museum in Berlin. In this lecture, some highlights of Pre-Columbian textiles from this collection will be presented, analysed and compared with the contemporary traditional textile crafts of Peru.

(NB: pre-notation to the Institute necessary!)

Before the lecture, a weaving course on the ”backstrap loom” is offered by the lecturer for a limited number of participants. (In English) Both the Pre-Columbian textiles and the traditional textiles in South America are made with the so-called ”backstrap loom”, a simple portable weaving device made of a couple of wooden sticks, fixed around the weavers’ waist. This is believed to be the first type of loom, that followed earlier textile techniques, such as looping, braiding and twining.