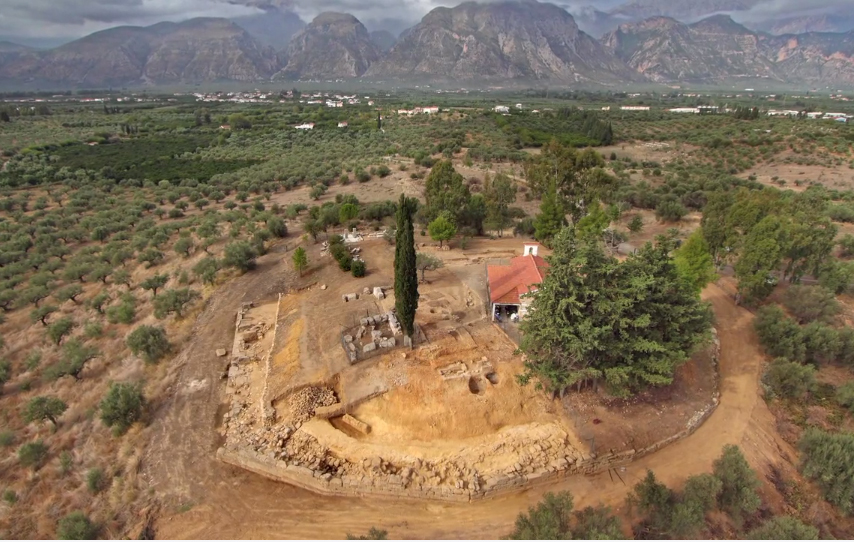 The sculptures of the sanctuary of Apollo at Amyklai

Professor Olga Palagia will give a lecture about “The sculptures of the sanctuary of Apollo at Amyklai.” This will be the Centre for Spartan and Peloponnesian Studies 2015 Annual Lecture.

The lecture will be followed by a drinks reception.

Professor Palagia is one of the world’s leading experts in ancient Greek sculpture and art, Professor of Classical Archaeology in the Department of Archaeology and Art History at the National and Kapodistrian University of Athens, Greece. She is a Fellow of the Society of Antiquaries of London; an Honorary Member of the Society for the Promotion of Hellenic Studies in London; Member of the Athens Archaeological Society, AIAC (Association Internationale d’ Archéologie Classique), ASMOSIA (Association for the Study of Marble and Other Stones Used in Antiquity), AIPMA (Association Internationale pour la Peinture Murale); Corresponding Member of the German Archaeological Institute and of the Archaeological Institute of America; Visiting Fellow at the National Gallery of Art in Washington DC, in the British Museum, in the Metropolitan Museum of Art in New York, and in Princeton University; Guest lecturer at the Archaeological Institute of America; a Kress Lecturer of the Archaeological Institute of America, Swedish Academy, Australian Vice-Chancellors’ Committee, Athens Archaeological Society (seven special lectures on Greek sculpture), Alexander Onassis Public Benefit Foundation guest lecturer in the USA. She was also Holder of the Centenary Bursary of the British School at Athens. Her long list of academic publications include her books on Euphranor (Leiden 1980) and The Pediments of the Parthenon (Leiden 1993, repr. 1998). She has also edited important volumes including Greek Offerings in Honour of John Boardman (Oxford 1997); Greek Sculpture: Function, Materials and Techniques in the Archaic and Classical Periods (Cambridge 2006); Art in Athens during the Peloponnesian War (Cambridge 2009), and has co-edited the Sculpture from Arcadia and Laconia (Oxford 1993), The Archaeology of Athens and Attica under the Democracy (Oxford 1994), Personal Styles in Greek Sculpture (Cambridge 1996), Athenian Potters and Painters (Oxford 1997), Regional Schools in Hellenistic Sculpture (Oxford 1998), The Macedonians in Athens 322-229 B.C. (Oxford 2003), Ludwig Ross und Griechenland (Rahden 2005), The Panathenaic Games (Oxford 2007), Athenian Potters and Painters II (Oxford 2009), Samothracian Connections in honor of James R. McCredie (2010), and Sailing to Classical Greece in honour of Petros Themelis (2011). She is currently preparing the De Gruyter Handbook of Greek Sculpture for publication.