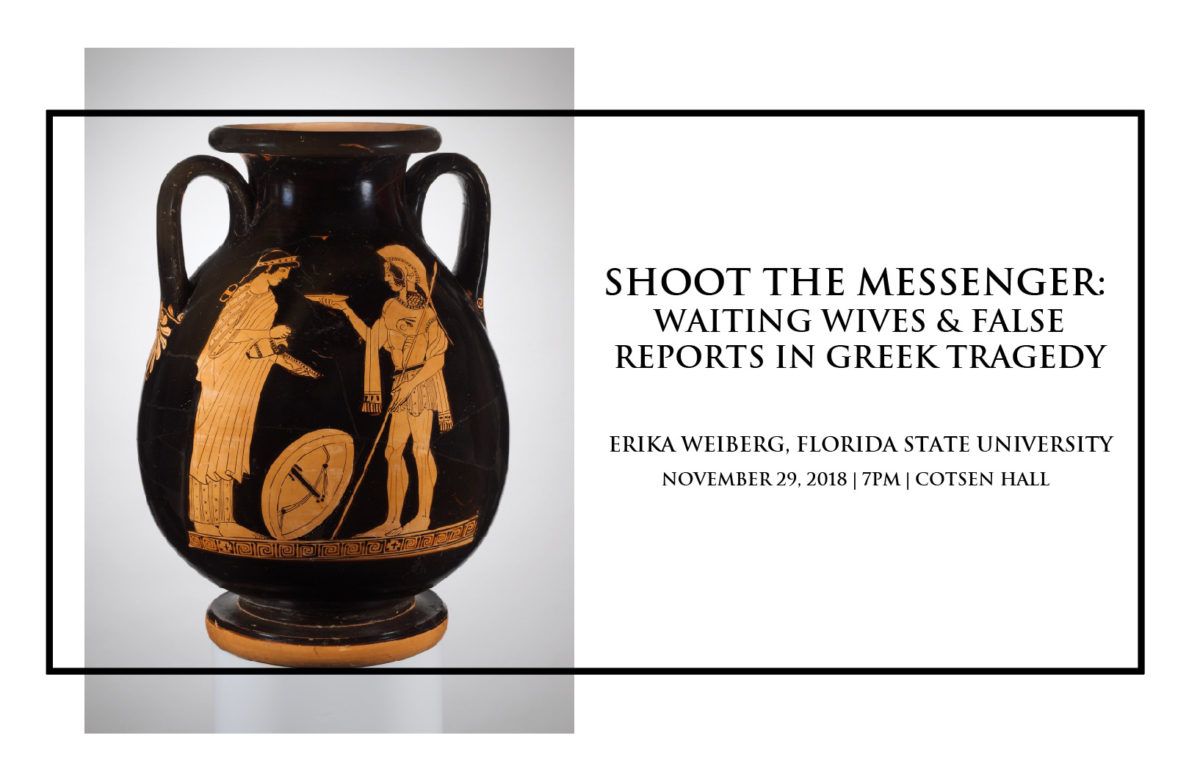 Who gets to tell the story of war? In fifth-century BC Athens, this question was urgently posed by three tragic playwrights, whose female characters contest the idea that war stories are not also theirs to tell. In three plays about a warrior’s homecoming – Aeschylus’ Agamemnon, Sophocles’ Women of Trachis, and Euripides’ Helen – wives at home confront messengers bearing false reports about their warrior husbands. These scenes dramatize waiting wives’ inclusion or exclusion from the story of war, problematizing the issue of whose labor is recognized and validated both in and after war.