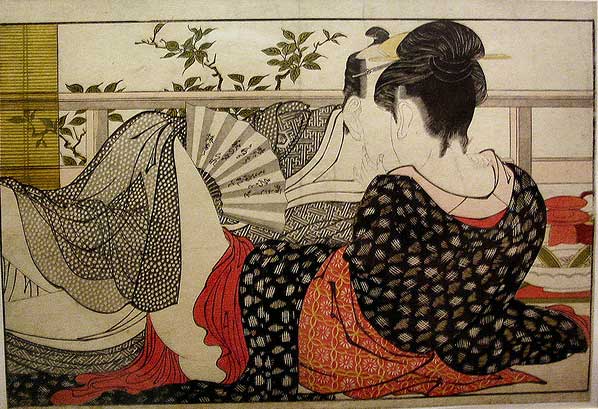 Mostly created by the artists of the ukiyo-e or ‘floating world’ school, these popular works were known as shunga, – literally ‘spring pictures’. They appealed to all classes in Japan for almost 300 years, and to men and women alike. Frequently tender and humorous, they celebrate sexual pleasure in all its forms in brilliantly coloured paintings and prints, culminating with beautiful and explicit works by iconic artists Utamaro, Hokusai and Kunisada.

Within Japan, shunga has continued to influence modern forms of art, including manga, anime and Japanese tattoo art. The exhibition sheds new light on this unique art form within Japanese social and cultural history.