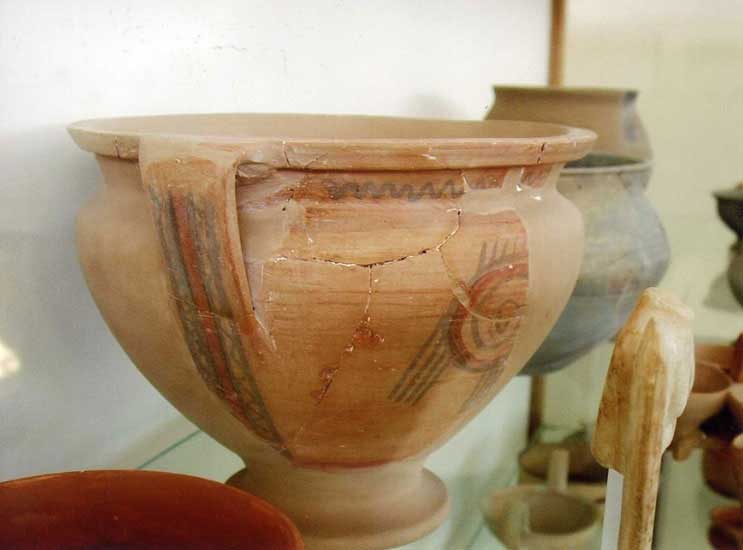 The acropolis of Brauron in the Mycenaean period

“The acropolis of Brauron in the Mycenaean period”

Lecture (in Greek) by Kostas Kalogeropoulos (Academy of Athens)

The old (1950, 1955-1956, 1962) and more recent (1999-2001) excavations undertaken by the Archaeological Society at the acropolis of Brauron have brought to light valuable archaeological information for our understanding of the habitation history of this coastal site in eastern Attica during the second millennium BC. This new archaeological data, mostly coming from the summit plateau and the northeast slope (in the area of the Archaeological Museum), show that the site, which in ancient times was famous as a sacred area for Artemis Brauronia, also had an important Middle Helladic and Mycenaean past.

The goal of the lecture is twofold. First, it aims to present the excavated Mycenaean building remains and to evaluate the most significant movable found within those buildings. Based on the archaeological evidence, we will try to connect the buildings with specific activities related to the economy and the ideological conceptions of the inhabitants. We will then attempt to offer a synthesis of the history of habitation, as well as an assessment of the character of the Brauron acropolis for the period 1600 – 1200 BC (Early Mycenaean to the end of the Palatial/Late Mycenaean). The second objective of the lecture is to link the findings of the Mycenaean acropolis of Brauron with other well known monuments and finds from Attica and the rest of the mainland. Through a comparative study we will attempt to integrate the material within its contemporary cultural and social context.