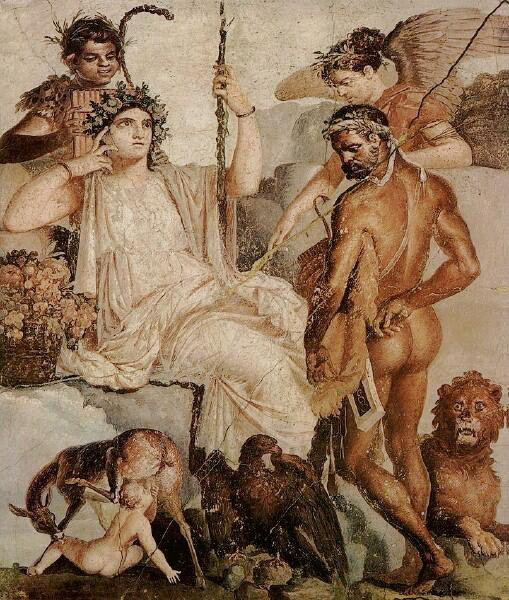 Website
Arcadia sitting on her mountain, wall painting in the Augusteum of Herculaneum.
08 05 '19 10:59

The birth of the Arkadian dream in classical Greece

Dr. Antonio Corso (Society for the Archaeological Messenian Studies) will give a lecture at the Norwegian Institute at Athens.

The idealization of meadows, groves and shepherds of Arcadia is a prolonged
process which can be followed over a long period of time.

The starting point is a growing dislike for the life in the community, which is
shared by several oligarchs already in the Archaic period. This feeling is accompanied
by the enjoyment for loneliness and by the love for environments far from the world of
the polis. This alternative and much better world is identified with the region of Arcadia
for the first time in the available evidence in the 11th Ode of Bacchylides: this poet
narrates that the daughters of King Proetus become mad in the city of Argos, then they
reach the forest of Arcadia and become again healthy and happy thanks to Artemis of
Lusoi in her own sanctuary. References to Arcadia as an attractive world exist also in
Pindar. In the late 5th and early 4th century, there is an eclipsis of this myth, because the
oligarchs of the period prefer to transfer their dreams of an ideal world to the paradises
of Persia, a process which peaks with the Kirou Paedia by Xenophon. However from
around 380 BC onwards the Arcadian dream becomes visual: Kallisto, the daughter of
King Lykaon of Arcadia, is often represented in vase painting and imagined to lay on
meadows or groves, on an Arcadian mountain, near Artemis and her retinue and
sometimes while she is about to become a bear.

The manifesto of the Arcadian dream is constituted by a picture of Apelles that survives in a wall painting copy from the Augusteum of Herculaneum. Arcadia is seating on a rocky mountain, a basket of fruits symbolizes the abundance of the region, Pan playing his syrinx suggests the musical tradition of Arcadia, the eagle of Zeus, Herakles, Telephus and the Nemean lion convey the message that it is a divine land, inhabited by gods and heroes and that the myth still lives in this enchanted landscape. The poetic tradition of Arcadia as a magic mountain will begin around 320 thanks to the poetess Anyte of Tegea.

Refreshments will be served following the lecture