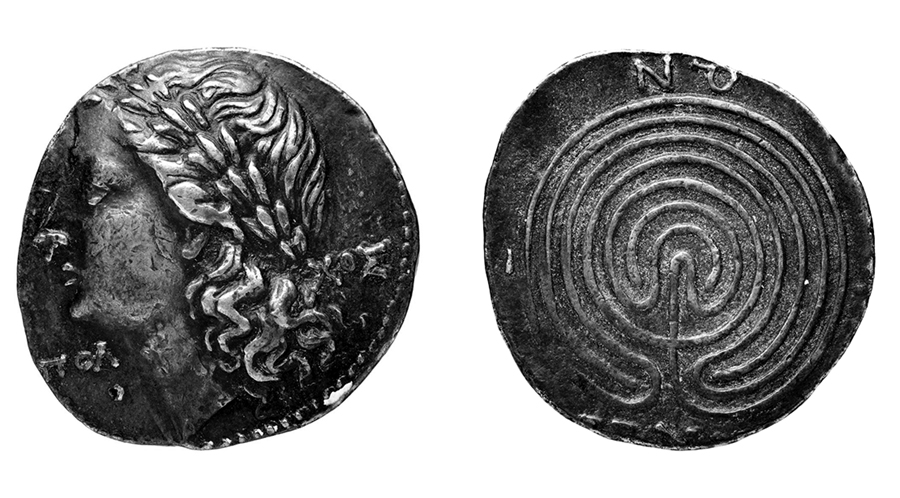 Website
This diachronic analysis reveals the shifting and competing, indeed labyrinthine, narratives about this monument and produces a cultural history of it extending from prehistory to the present.
30 07 '18 11:12

The Cretan Labyrinth: Monument and Memory from Prehistory to the Present

Antonis Kotsonas will give a lecture about the Cretan Labyrinth.

The Cretan Labyrinth, the mythological maze where Theseus killed the Minotaur, has fascinated scholars and the wider public since antiquity. Traditionally, it has been regarded as a monument that did once exist, and it has been widely identified with the Minoan palace of Knossos. This approach has underestimated the variety and complexity of references to the Cretan Labyrinth and its capacity for metamorphosis from abstract memory to tangible monument, and for relocation from one Cretan site to another.

Drawing from literature on memory and monuments, and especially from the work of Maurice Halbwachs, this lecture explores the poetics and politics, the materialities and temporalities that shaped different regimes of truth regarding the location and the form of the Cretan Labyrinth across several millennia. This diachronic analysis reveals the shifting and competing, indeed labyrinthine, narratives about this monument and produces a cultural history of it extending from prehistory to the present.

Professor Antonis Kotsonasis Assistant Professor of Classical Archaeology at the University of Cincinnati. He is a Classical Archaeologist specializing in the material culture, socio-cultural and economic history of the Early Iron Age and the Archaic period in Greece and the Mediterranean. His research interests extend, however, from the Late Bronze Age to the Roman period. He has conducted fieldwork and finds reserach on Crete, and in the Cyclades, Euboea and Macedonia; and comparative studies across the Aegean, and from Italy to Cyprus, engaging problems in state formation, trade and interaction, identity and commensality, memory, and the history of archaeology.