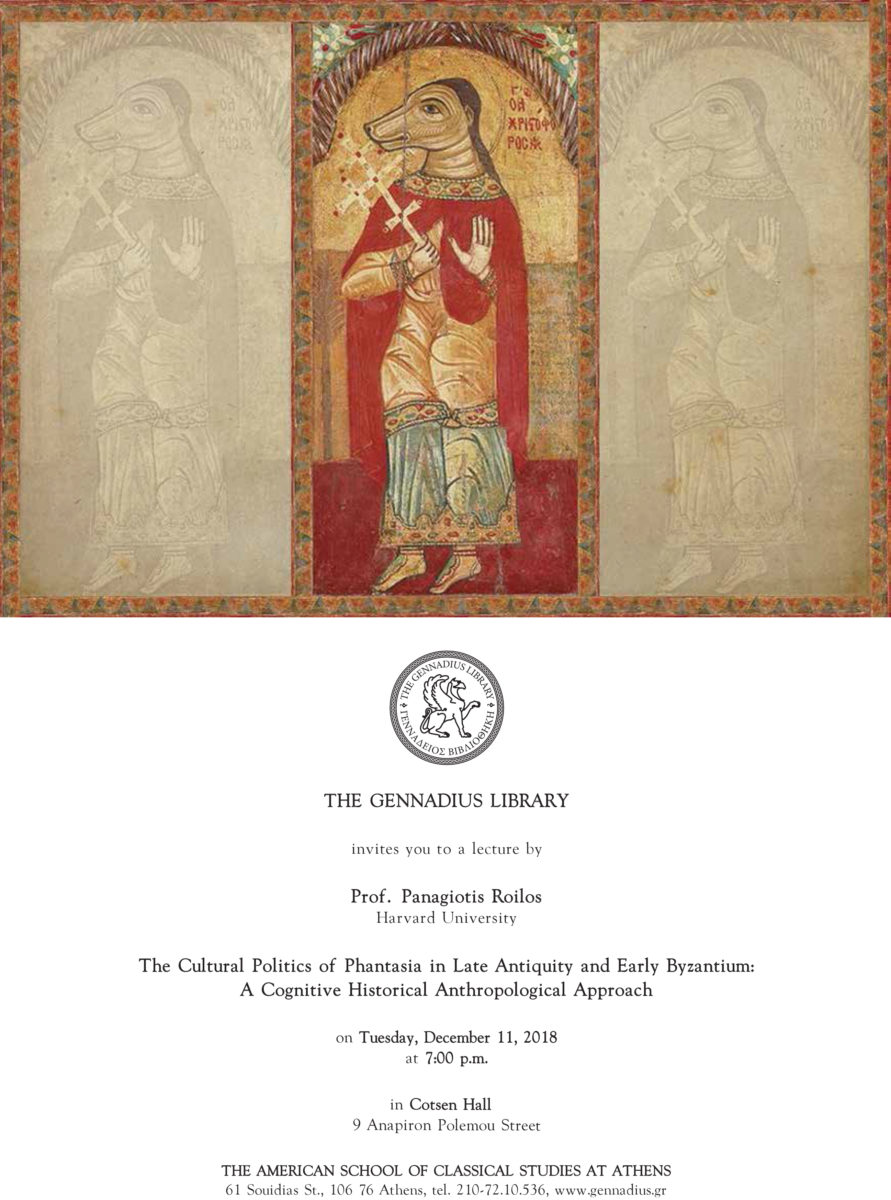 The Cultural Politics of Phantasia in Late Antiquity and Early Byzantium

The Gennadius Library invites you to a lecture by Prof. Panagiotis Roilos (Harvard University):

“The Cultural Politics of Phantasia in Late Antiquity and Early Byzantium: A Cognitive Historical Anthropological Approach.”

Panagiotis Roilos is the George Seferis Professor of Modern Greek Studies and Professor of Comparative Literature at Harvard, as well as a Faculty Associate of Weatherhead Center for International Affairs and of Minda de Gunzburg Center for European Studies. He is the founder and director of the Delphi Academy of European Studies. Professor Roilos is the author of the books C. P. Cavafy: The Economics of Metonymy (2009), Amphoteroglossia: A Poetics of the Twelfth-Century Medieval Greek Novel (2005), and Towards a Ritual Poetics (2003; co-author with D. Yatromanolakis).

His major publications include also the books Greek Ritual Poetics (co-editor; 2005), Imagination and Logos: Essays on C.P. Cavafy (editor; 2010), and Medieval Greek Storytelling: Fictionality and Narrative in Byzantium (editor; 2014). He is currently working on the book-length project Byzantine Imaginaries: A Cognitive Anthropology of Medieval Greek Phantasia, while completing a book entitled Neomedieval Postcapitalism.