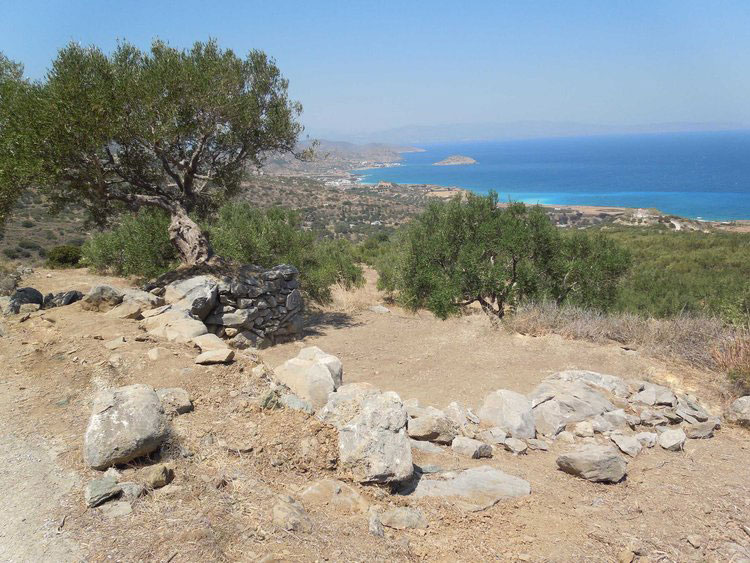 
Website
In the summer of 1959, Professor Nikolaos Platon excavated the first Minoan tholos tomb in eastern Crete, near the modern village of Myrsini in the district of Siteia.
24 03 '22 11:30

At the beginning of the Early Bronze Age, a new funerary architectural type makes its appearance in Crete. This is the so-called Minoan tholos tomb, a circular built tomb, assumingly with a vaulted roof. These tombs are mostly found in south-central Crete (Mesara and Asterousia). The appearance and focused spatial distribution of this new type of tomb at south-central Crete has been interpreted on the basis either of the presence of ethnic and/or cultural groups or of the emergence of different local social and economic strategies.

In the summer of 1959, Professor Nikolaos Platon excavated the first Minoan tholos tomb in eastern Crete, near the modern village of Myrsini in the district of Siteia. At the time of its discovery and for many decades after that, the Myrsini tholos tomb was the only known monument of its type in this region. It is only during the last few years that two more tholos tombs have come to light in the same wider area around Myrsini, at the sites of Mesorrachi and Livari Skiadhi. All these three east Cretan tholoi were built at the beginning of the Early Minoan period (EM I), almost at the same time as their first counterparts in south-central Crete. However, while the Mesorrachi and Livari tholos tombs were used for a short period of time (within EM IA and EM IB–IIB respectively), Myrsini features a long-life and continuity of use from the EM I to the MM IIB/ IIIA period, i.e., for almost 1300 years, similarly to many tholos tombs in south-central Crete.

Hence, Myrsini constitutes a unique example of a tholos tomb as it is outside from and yet comparable to the tombs in the assumed “homeland” of this type of monument. For this reason, its examination promises to shed more light on the appearance of tholos tombs in eastern Crete, regarding not only the architectural form but also the funerary practices that took place at Myrsini in the Early and Middle Bronze Age. What are the social and/or cultural characteristics of the group that built and used the tomb? How is Myrsini part of the funerary and social context of Early and Middle Bronze Age eastern Crete? What was its relationship with the remote and yet tholos tomb core area of south- central Crete? These are some of the questions that the present study addresses.

Eventbite registration – free
We use cookies on our website to give you the most relevant experience by remembering your preferences and repeat visits. By clicking “Accept All”, you consent to the use of ALL the cookies. However, you may visit "Cookie Settings" to provide a controlled consent. More info about personal data and data collection here.
Cookie SettingsAccept All
Manage consent