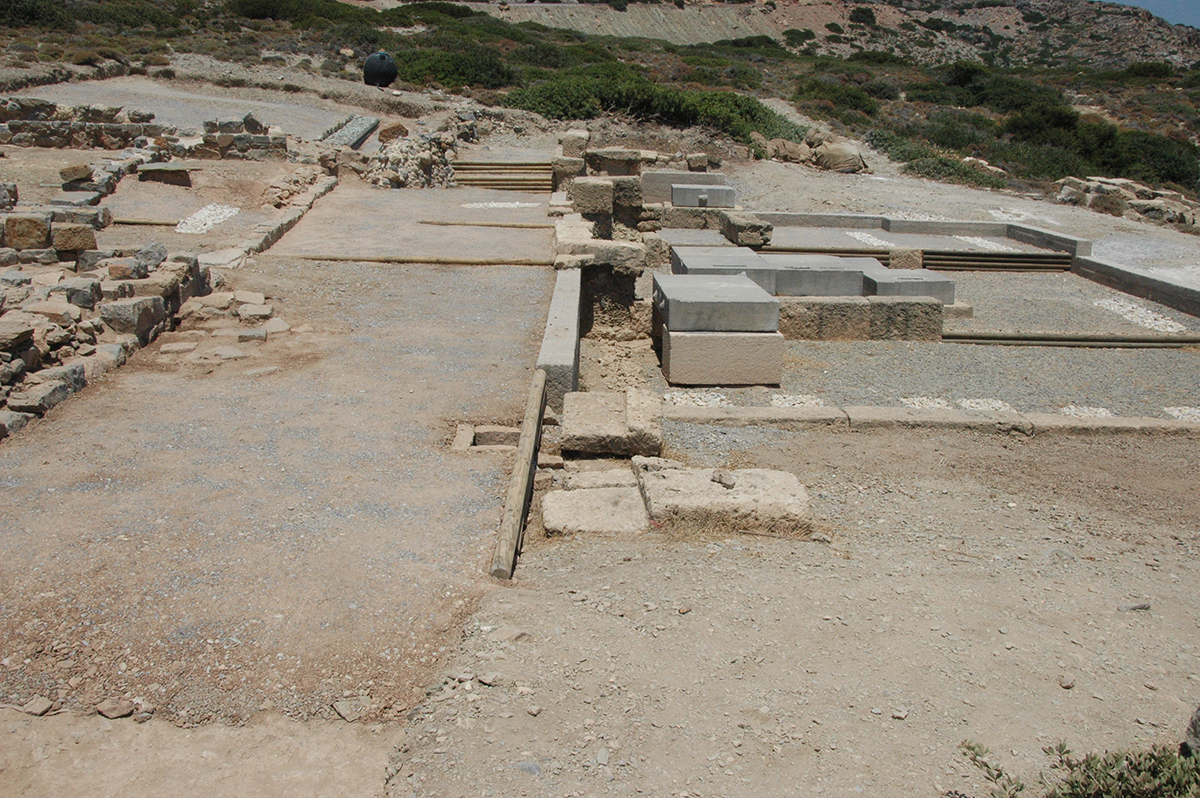 Ιστοσελίδα
Detail of the Late Classical and Hellenistic Necropolis of Itanos. © Belgian School at Athens.
09 01 '20 14:01

The Late Classical and Hellenistic Necropolis of Itanos

On the occasion of the recent successful archaeological exhibition “Crete. Emerging Cities: Aptera – Eleutherna-Knossos”, organised at the Museum of Cycladic Art in 2018, the new circle of lectures deals with the extensive excavations and research projects on the island conducted by the Ephorates of Antiquities/Hellenic Ministry of Culture and Sports, as well as by the Foreign Archeological Schools and the University of Crete, which are active on the island.

The first lecture will be presented by Professor Didier Viviers, President (Secrétaire perpétuel) of the Royal Academy of Sciences, Letters and Fine Arts of Belgium, and Professor at the Université libre de Bruxelles (ULB), and Athina Tsingarida, Professor of Ancient Greek Archaeology and History of Art at ULB, Brussels

Excavations were resumed in the heart of the Necropolis of Itanos and yielded a little less than 70 tombs within an area of 123 m² where the French School at Athens had previously carried out field work during the summer of 1950.

The lecture will discuss the chronological sequence of this sector of the necropolis (7th-1st cent. BC) and the organization of the funerary landscape of this area, with a special emphasis on the Late Classical and Hellenistic period. It will further focus on the distinctive burial assemblages of the different phases of occupation, which reflect the cultural identity of the city, occasionally related to the Lagid influence. It will eventually present the restoration works undertaken in this sector to make the excavations results available to the visitors of the site.

Professor Didier Viviers is President (Secrétaire perpétuel) of the Royal Academy of Sciences, Letters and Fine Arts of Belgium, and Professor at the Université libre de Bruxelles (ULB). He was Rector of this University from December 2010 until September 2016. He is currently General Secretary of the “Union académique internationale” (UAI), created in 1919, which comprises at the moment more than a hundred academies from 63 countries from all continents, chairman of the Board of the Réseau français des instituts d’études avancées (RFIEA – France) and of several Belgian Foundations. Didier Viviers is member of the Board of the Casa de Velázquez (Madrid) and of several Belgian and international scientific committees. As an historian and archaeologist of the Ancient Greek World, former Member and Senior Associate Professor of the French School of Archaeology in Athens, Didier Viviers is teaching Ancient Greek History and Archaeology in the University of Brussels (ULB) and was visiting professor in several European universities. His research is concerned by the Greek Mediterranean in the 1st Millennium BC, examined from different kinds of sources: archaeology, epigraphy, art history. His main fields of scholarly interest lay in the history of Cretan cities, which was the subject of his PhD, in history of scholarship and national heritage, in Greek urban history and in the economy of Greek cities, with a specific focus on the social status of craftsmen, their role in Greek economy or civic identities and the use of signatures. As an archaeologist, he undertook excavations in several ancient sites in Greece (Delphi, Thasos and Itanos) and Syria (Apamea). He is currently director of the Belgian

Excavations in Apamea (Syria) and co-director (with Athena Tsingarida) of the excavations in Itanos (Crete). Among other publications, he is the author of a book on sculptor’s workshops in archaic Athens and of another on the French Antiquarian Antoine Galland. His latest book was published in 2018: Usages et enjeux des patrimoines archéologiques. Entre science et politique.

Professor Athina Tsingarida holds degrees in Classical Archaeology and Byzantine Studies from the Université libre de Bruxelles, ULB and completed her PhD at the University of Oxford with a Cecil Rhodes Scholarship. She is teaching Ancient Greek Archaeology and History of Art at ULB, Brussels. A specialist of Archaic and Classical Greece, her research mainly lies in the fields of Ancient Greek pottery, cultural interactions throughout the Mediterranean world and reception of Classical Art in 19th-century Europe. She co-directed an international research program on “Pottery in ancient societies. Production, distribution and uses”, and a joined research project with Professor Irene Lemos (Oxford) entitled “Beyond the polis. Collective rituals and the construction of social identity in Early Greece (12th-6th c. BC)”. Among other subjects, she also undertook a study on 19th-century British and Belgian collections of antiquities in a joined research with Prof. Donna Kurtz (University of Oxford). A field archaeologist, she undertook excavations and field study in Greece (Siphnos and Crete) and Syria (Apamea). She is currently co-directing (with Didier Viviers) the excavations, restoration works and study seasons in Itanos (Eastern Crete).

The new series of lectures are part of the wider Circle of Archaeological Lectures on the archaeological research carried out in Greece by the Ephorates of Antiquities/Hellenic Ministry of Culture and Sports and the other Greek and Foreign Institutions, which is organised by the Museum in recent years, with free admission for the scholars’ community and the wide public. Since 2013, archaeologists from the Ephorates of Antiquities of Attica, Boeotia, Euboea and Phokis have presented a series of papers on their recent excavations, as well as on the multifaceted conservation, restoration and protection-promotion work for the archaeological treasures of their region.

All papers presented in the lectures are then published in the series Αρχαιολογικές Συμβολές (“Archaeological Contributions”) of the Museum of Cycladic Art. The papers of the 2019-2020 Circle of Lectures will be published in this series under the general title “CRETE”.