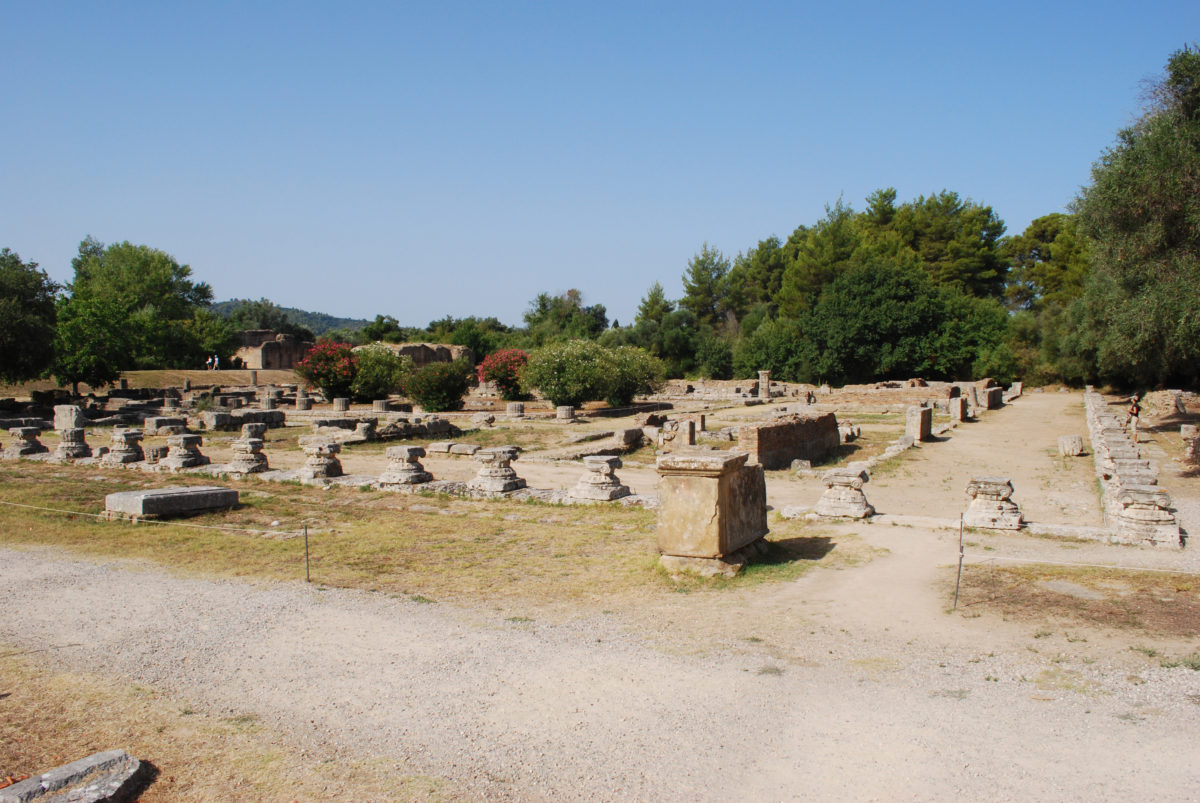 Located to the southwest of the Altis, the Leonidaion with an area of over 6000 square meters is the largest preserved building at Olympia and focus of an ongoing project, which started in 2014.
23 10 '18 10:27

The Leonidaion in Olympia. New approaches to a well-known building

The next lecture of the “THE CIRCLE, Dialogues for Greek and Roman Architecture” will be given by Claudia Mächler M.A. (Deutsches Archäologisches Institut).

The topic of the lecture is “The Leonidaion in Olympia. New Approaches to a well-known Building”.

Located to the southwest of the Altis, the Leonidaion with an area of over 6000 square
meters is the largest preserved building at Olympia and focus of an ongoing project, which
started in 2014. This representative structure characterized by its Ionic colonnade that
surrounds the building on all four sides, was funded by Leonides of Naxos in about 330 BC at the transition from the Late Classical to the Hellenistic period. The first German excavations (1878‐1881) uncovered its northern section and the southern part was excavated in the fifties of the 20th century (1954‐1956). Despite its unique design and its long and eventful architectural history, the Leonidaion has otherwise remained unstudied.
At the same time, its history of research, which reaches back to the late nineteenth century
and thus to the beginnings of archeology as a scientific discipline, turned the Leonidaion to a well‐known building of compendium‐like character. The fact that this general knowledge in some aspects is not based on a detailed archaeological study, but in particular not on an in‐depth building survey, is somehow neglected or implicitly accepted by modern scholarship.

This study thus refocuses on a number of aspects of the Leonidaion in the wake of the results of a detailed building survey and attempts to question our supposedly solid knowledge of that building.