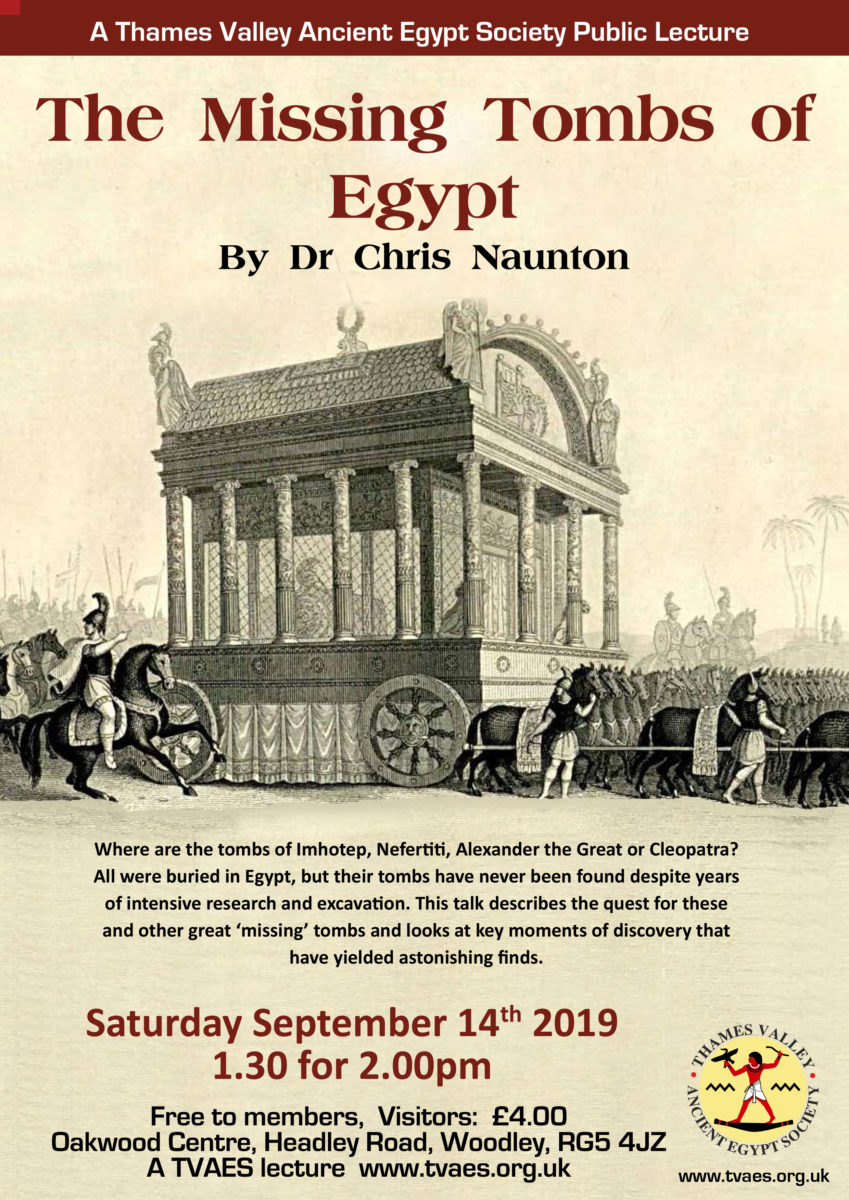 The Missing Tombs of Egypt

Where are the tombs of Imhotep, Nefertiti, Alexander the Great or Cleopatra? All were buried in Egypt, but their tombs have never been found despite years of intensive research and excavation. This talk describes the quest for these and other great ‘missing’ tombs – those we know existed, but which have not yet been identified – and discusses key moments of discovery that have yielded astonishing finds.

Dr Chris Naunton in an Egyptologist, writer and broadcaster. His book, Searching for the Lost Tombs of Egypt, was published by Thames & Hudson in 2018 and his next one, Egyptologists’ Notebooks is due in 2020. He has presented or appeared in numerous television documentaries, including The Man Who Discovered Egypt (BBC4 2012), Secrets of King Tut’s Treasures (Channel 5, 2018) and The Pharaoh in the Suburbs (Channel 5, 2018). He was Director (CEO) of the Egypt Exploration Society from 2012 to 2016 and in 2015 he was elected President of the International Association of Egyptologists.