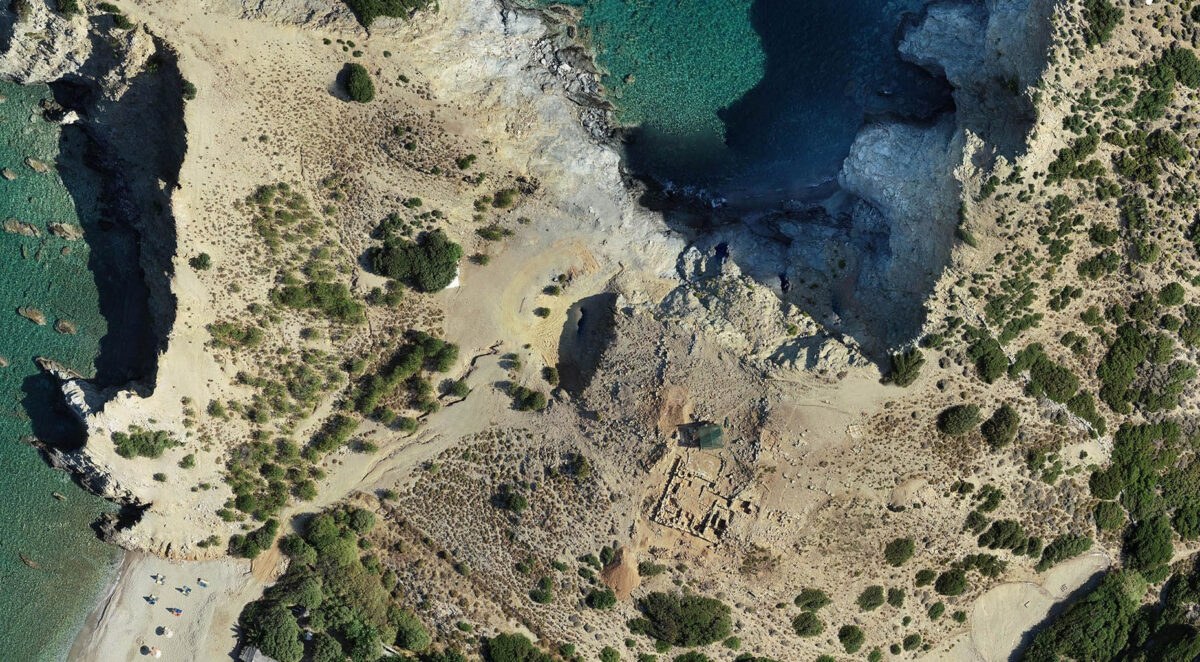 The MM III-LM I coastal site of Kalo Chorafi, Mylopotamos: An overview

The MM III–LM I site of Kalo Chorafi, Mylopotamos, is located in the north coast of Crete, east of Bali and west of Sisses. In 2012, a rescue excavation was conducted, since illicit activity had been detected in the area, which disturbed the archaeological site and its landscape. A systematic excavation by the Ephorate of Antiquities of Rethymno has been conducted since 2013, under the direction of Anastasia Tzigounaki.

The systematic research on the promontory of Kalo Chorafi has brought to light, on the top of a hill, a large and rather complex building. So far 16 rooms have been revealed during the 2014–2020 excavation periods. Architecture consists of well-defined walls, in some cases preserved in more than 1 m high, forming rooms of square or rectangular ground plan, and corridors. In some rooms wall paintings were found, while there is an indication that some fell from an upper storey. Two massive walls define the building complex on the southwest and the northwest. The presence of pumice in several rooms of the building could be significant. Two phases of use of the building are revealed in some rooms.

The pottery assemblage dates the occupation of the site back to the MM III–LM I period. It largely consists of hundreds of conical cups, jugs, fruitstands, medium sized jars, lamps, incense burners, rhytons and bowls and a small number of amphorae and storage vessels, such as pithoi or tripod vases. Prominent in the pottery assemblage are miniature vases, cups and jugs. Finally, the presence of scripts such as Linear A and Cypro-Minoan, as well as metal finds such as gold foil, signal the range of contacts of this Minoan installation, linking the settlement and the building complex with overseas routes and the palatial system of Crete.

On top of the ruins of the MM III–LM I complex, a building with different orientation was constructed during the LM III period, with finds which have a cult character.