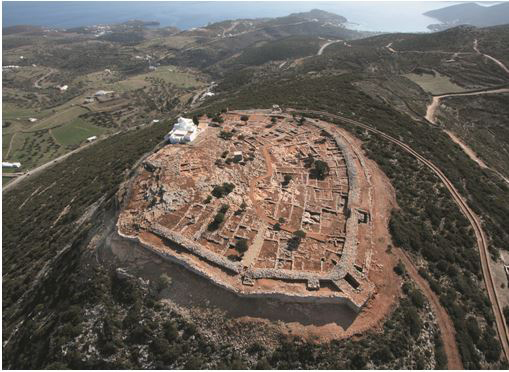 On Sifnos, on the hill of Agios Andreas, a strongly fortified citadel was established during the Mycenaean era.
08 11 '19 10:49

Dr Christina Α. Televantou, Director of the excavations at Strophilas, Andros and Agios Andreas, Sifnos, will present recent discoveries made at the Mycenaean citadel of Agios Andreas in Sifnos. The lecture is part of the Mycenaean Seminar series, organized by Marisa Marthari. at 7.00 p.m.