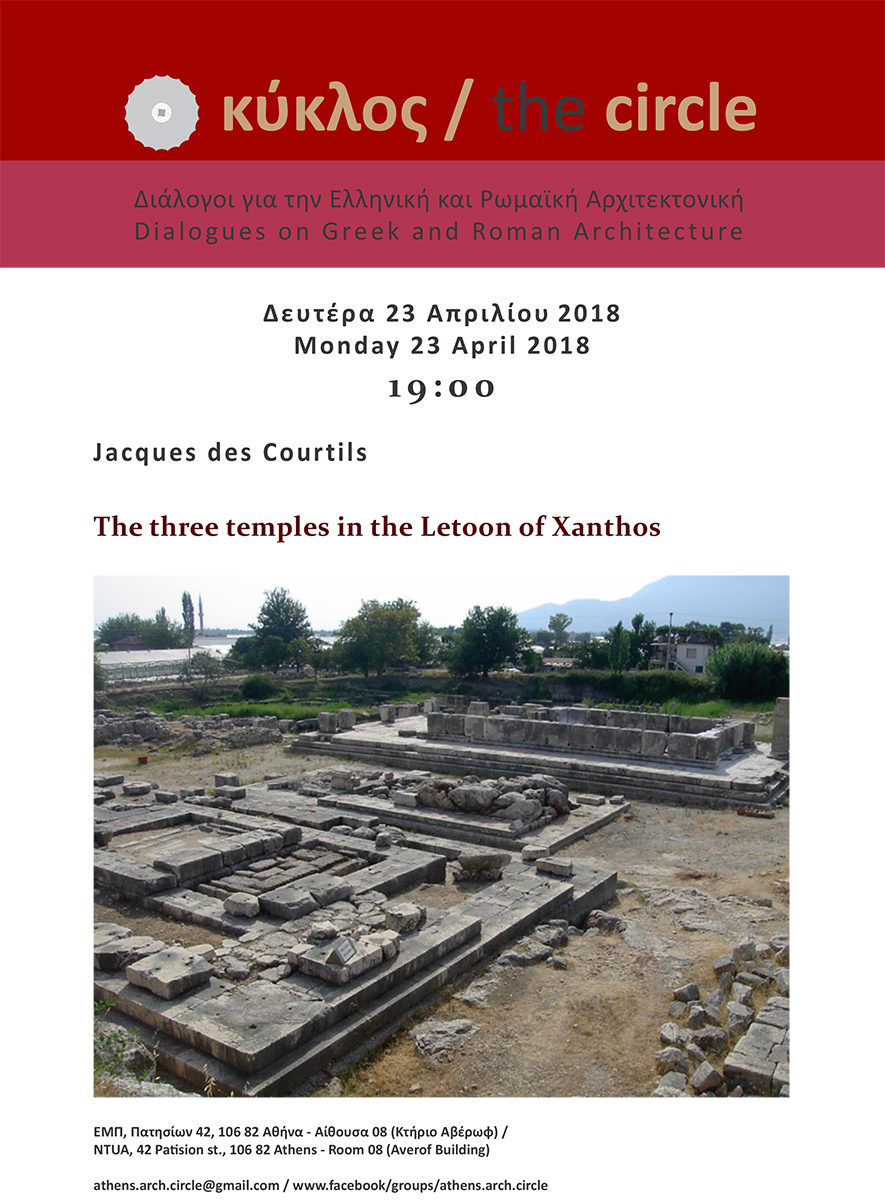 This paper will provide a synoptic report of the most interesting features of the three temples of the sanctuary of Leto close to the Lycian city of Xanthos (Lycia).
23 04 '18 08:57

The three temples in the Letoon of Xanthos

In the framework of the seminar series “The circle – Dialogues on Greek and Roman Architecture” Jacques des Courtils (Bordeaux University) will address the topic “The three temples in the Letoon of Xanthos”.

Close to the Lycian city of Xanthos (Lycia), the sanctuary of Leto displays three temples,
dedicated to the goddess and to her children Apollo and Artemis, two of which are still
unpublished. This paper will provide a synoptic report of the most interesting features
of these temples. French excavations have brought to light remains of three small
buildingsdedicated to each of the three deities during the Lycian period and probably
made of timber. Some time after Alexander’s conquest, they were replaced by three
Greek temples, but the remains of the first buildings seem to have been preserved and
sheltered inside of the new ones. These Greek temples, isolated as they are in a
peripheral region, display pure Greek features which raise the problem of their
authorship and precise dating. Though the biggest one, dedicated to Leto, has been
recently dated to the 2nd century BC, a dating in the 3rd century will be discussed along
with an examination of some clues pointing to connexions with Ptolemaic dedications
elsewhere in Lycia and the Aegean.