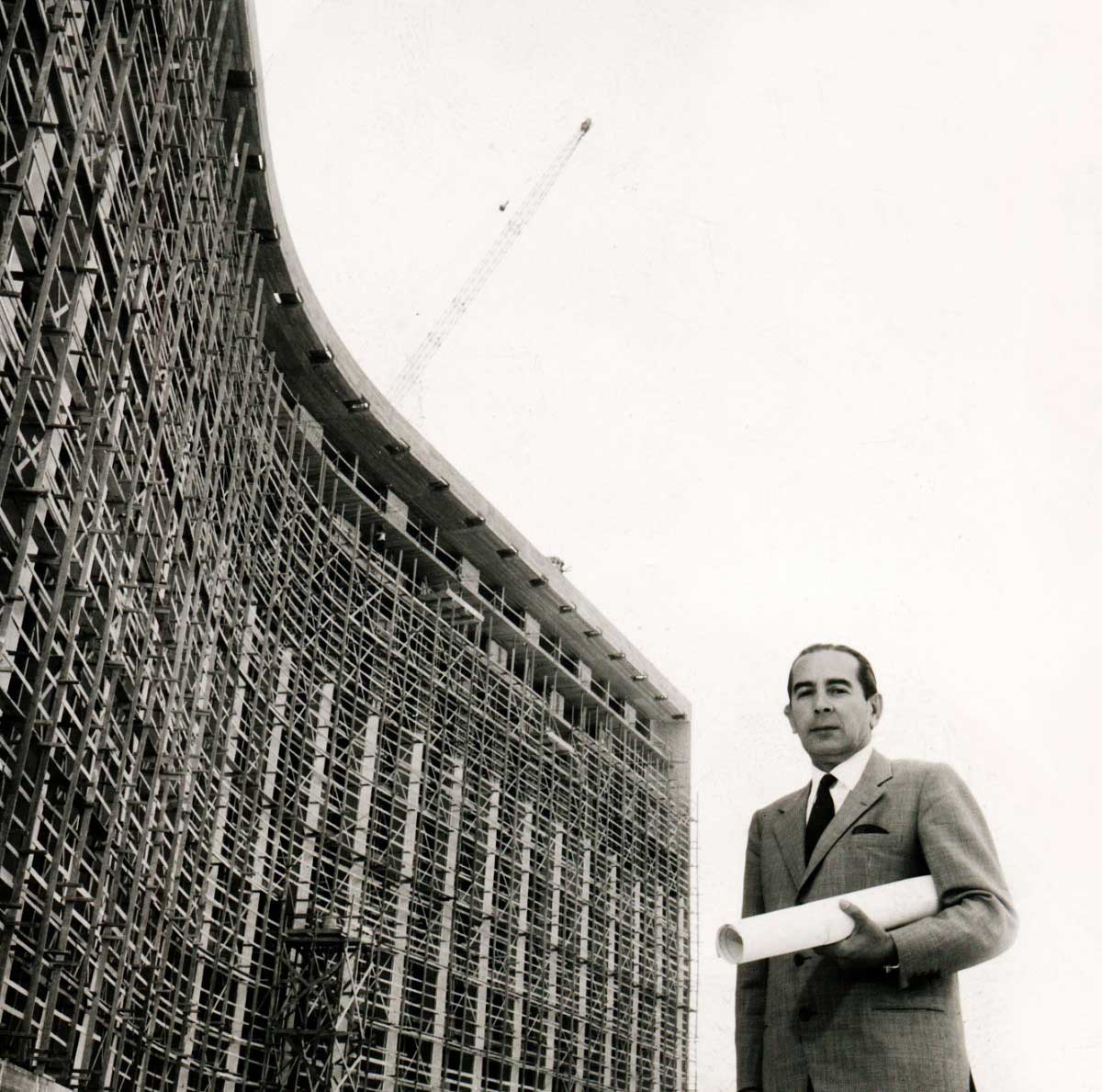 The world of Emmanouel Voureka

Emmanuel Vourekas (1907-1993) was born in Phaleron and studied architecture in Dresden. On his return to Greece, he created from the very start of his career a very personal urban form of architectural expression, which he further established during the post-war years.

The exhibition presents a large portion of his oeuvre (single-family dwellings, apartment buildings, office buildings, public buildings, banks, hotels etc.), as that is preserved in his personal archive and in the archives of his collaborators. His close collaborators include a roster of some of the major Greek architects of the 20th century, including Renos Koutsouris,Prokopis Vasileiadis, Pericles Sakellarios, Spyros Staikos, Constantine Dekavallas, Antonis Georgiadis, Vassilis Grigoriadis and Ioannis Vikelas.

In any case, many of his major works, such as the Athens Hilton the tourist facilities as Glyfada, Kavouri, and Vouliagmeni, constitute landmarks of the capital and its suburbs, contributing substantially to the form and style of NeoHellenic architecture.