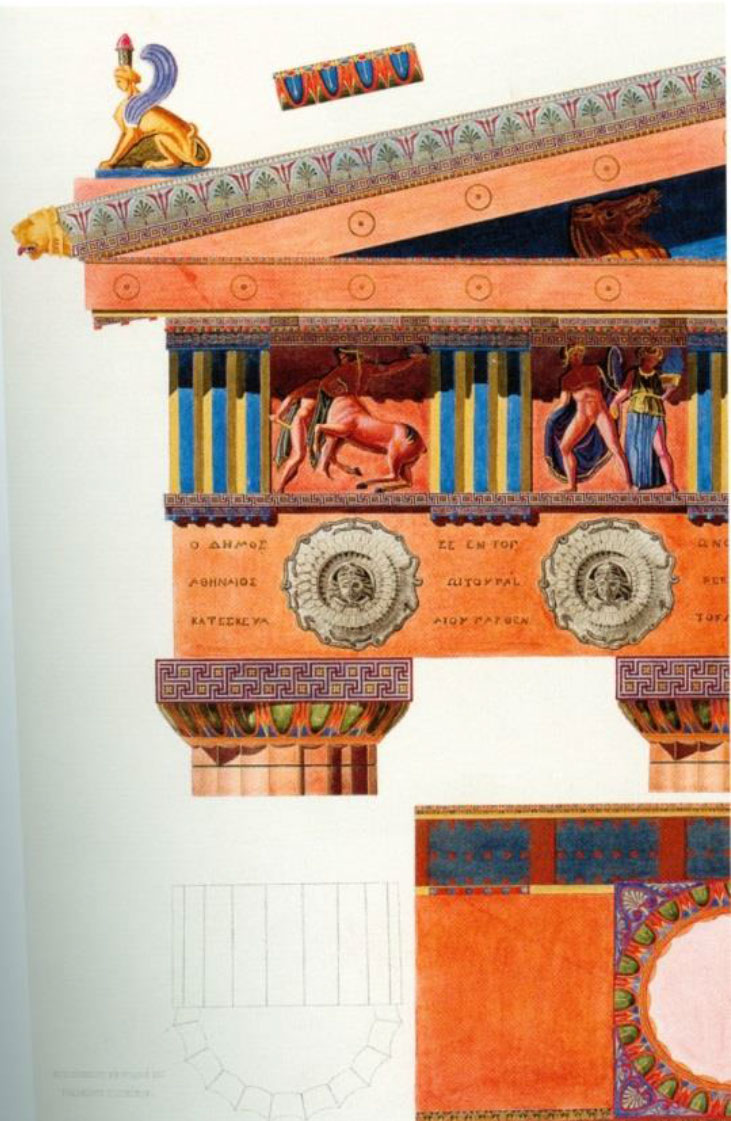 A World of Colour: Textiles and Polychromy in Ancient Art and Architecture

The Danish Institute at Athens is organizing a lecture in English “A World of Colour: Textiles and Polychromy in Ancient Art and Architecture” by Cecilie Brøns, Ny Carlsberg Glyptotek.

The ancient world was full of colour. This is attested by iconography, written sources, and not least the faint remains of pigments recovered on ancient artworks. Thus, watercolours painted in the 1800s and modern scientific examinations in particular attest that e.g. the ancient temples were painted, often in vivid colours. The Parthenon temple on the Athenian Acropolis is a marvellous example of this. Also sculpture, whether in marble or terracotta, were painted in a wealth of colours. Thus, the notion of antiquity dominated by white marble surfaces has nothing to do with the ancient realities. Yet paint was not the only way of adding colour. Textiles dyed in a variety of colours were used as furnishings for architecture including doorway covers, room dividers, curtains, wallhangings, awnings, as well as decorations. Furthermore, recent studies have shown that textiles were used to dress ancient sculptures, in particular those being the objects of religious worship. This means that not only paint, but also textiles were employed to add colour to sculptures. Thus, ancient art and architecture was far from static, white buildings or objects, but rather colourful, changeable and expressive.