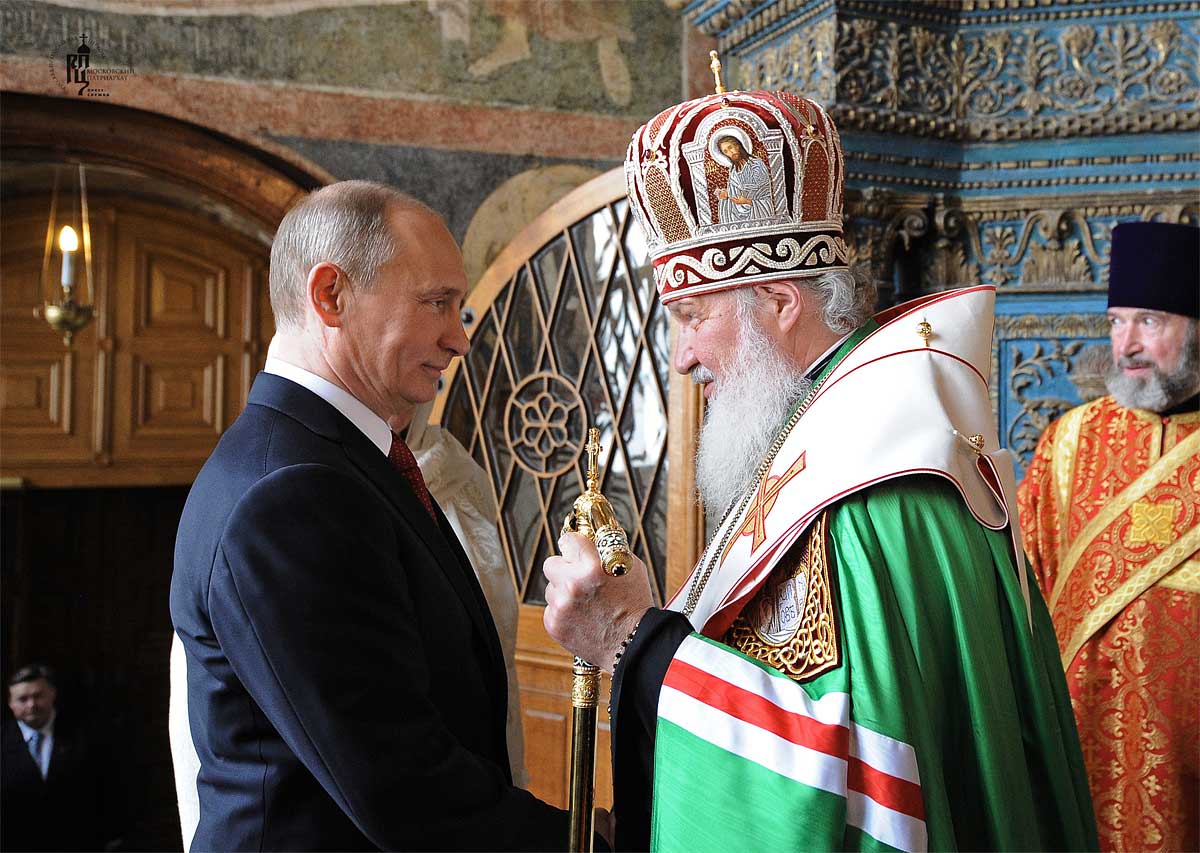 The church, the religious artefacts and the monarch

The Russian culture ministry and the Russian Orthodox Church signed a co-operation agreement on 3 May that guarantees conservation experts and the public access to churches and monasteries that have been returned by the state to the Church. The agreement includes a commitment to train members of the clergy and laity to care for the monuments.

The same week, on the eve of his inauguration for a third term as Russian president, Vladimir Putin returned a revered image of the Virgin Mary, which had been in the State Historical Museum, to the Novodevichy Convent in Moscow. The 17th-century copy of the Iverskaya Icon of the Mother of God had been in the museum since it was confiscated after the Russian Revolution of 1917.

The convent’s abbess, Margarita, said on the Moscow Patriarchate’s website that returning the icon “was solely Vladimir Putin’s decision”. In 2010, as Russia’s prime minister, Putin returned the 16th-century convent to the Russian Orthodox Church.

Monuments now in church control that are listed as Unesco protected sites will receive special attention, according to the agreement between Church and state, which was signed by Aleksandr Avdeyev, the outgoing culture minister and Patriarch Kirill I, in a ceremony at Moscow’s Cathedral of Christ the Saviour.

Avdeyev said that co-operation between the ministry and the Church in preserving monuments is essential “for the development of culture, the development of spirituality, and the formation of citizens of our country as true patriots and real citizens of the future Russia”. Patriarch Kirill said that in receiving church buildings back for liturgical use, “the necessity of close co-operation of restoration specialists with church leaders” was recognised.

Some museums professionals fear, however, that the Church has been given excessive powers that threaten the condition of many surviving treasures of Russian culture. Others feel that Church and state have become too intimately linked under Putin.

A federal law that took effect in December 2010 opened the doors for the Russian Orthodox Church to claim all property that had been seized from it in the Soviet era, although it was stressed that the law did not apply to all icons and other religious treasures that are in museums.

Some regional authorities have gone further. Also in 2010, politicians in Kaliningrad, the former German Königsberg that became Soviet territory after the Second World War, voted to give over a dozen former Catholic and Lutheran churches, cathedrals and Teutonic castles, some of which had served as cultural facilities, to the Russian Orthodox Church.

The Church and government officials have avoided referring to such returns as “restitutions”, since the government has refused to consider any general restitution of property to the heirs of the owners before the revolution on the grounds that it would cause social unrest.

Natalia Komashko, a research secretary at the Andrei Rublev Museum of Ancient Russian Culture and Art, fears more religious artefacts will leave the care of museums. “We are all walking under the Damocles sword of the monarch’s will,” Komashko says. “If [Putin] wants, he’ll give them all away.”