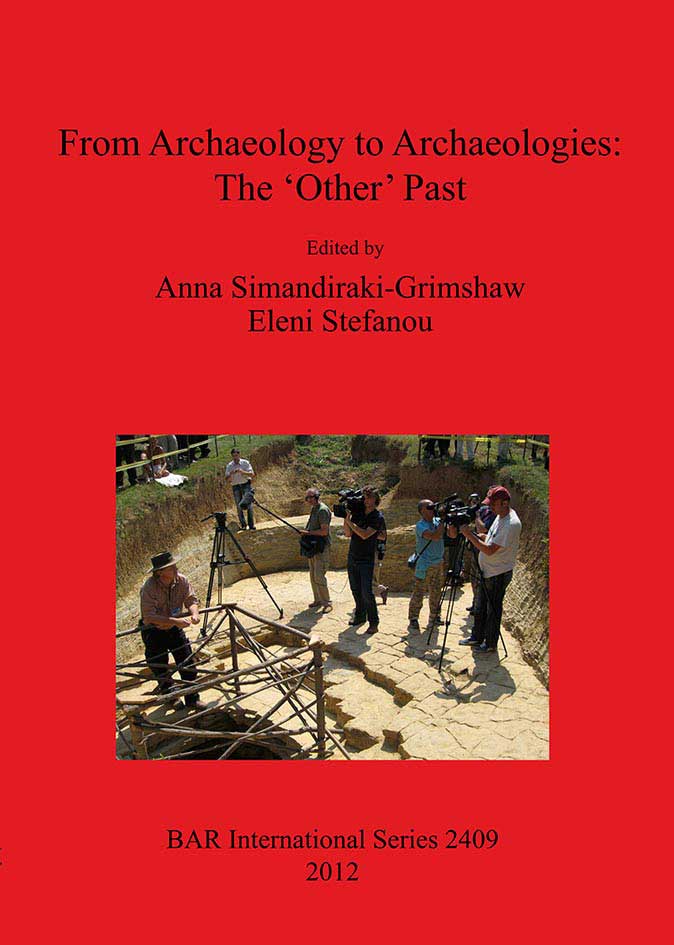 Anna Simandiraki-Grimshaw and Eleni Stefanou (eds.), From Archaeology to Archaeologies

The idea for this volume emerged from critical self-reflection about diverse archaeological practices in a session presented at the 13th European Association of Archaeologists Annual Meeting (Zadar, Croatia, 2007), in particular the conflicting relationship between the ‘mainstream’ and the ‘alternative’. The field of so-called ‘fringe’ or ‘alternative’ archaeology is vast and multifaceted, ranging from pseudoarchaeology, ‘bad’ archaeology practices, conspiracy theories and claims about lost civilizations to extraterrestrial cultures, (neo)shamanism, religious and/or nationalist demands. All these agendas have in common the fact that, through their differentiated readings and appropriations of the past, they create solidarities amongst their supporters.

Contents: From archaeology to archaeologies: themes, challenges and borders of the ‘other’ past (Anna Simandiraki-Grimshaw, Eleni Stefanou); 2) An insider‘s view of an alternative archaeology (Michael Cremo); 3) Performance, participation and pyramids: addressing meaning and method behind alternative archaeology in Visoko, Bosnia (Tera Pruitt); 4) Marginal and mainstream. Religion, politics and identity in the contemporary US, as seen through the lens of the Kennewick Man / The Ancient One (Liv Nilsson Stutz); 5) A clash of ideologies: Zimbabwean archaeology at the fringe (Paul Hubbard, Robert S. Burrett); 6) Academic constructs about the past and early education as (dis)entangled components of identity formation processes (Anna Zalewska); 7) Archaeology as allegory: the representations of archaeology in children’s literature in Brazil (Marcia Bezerra); 8) A look in the mirror and the perspective of others on the portrayal of archaeology in the mass media (Diane Scherzler); 9) ‘Looting’ unveiled, archaeology revealed: case studies from western Greece (Ioanna Antoniadou); 10) Visual collision? prehistoric rock art and graffiti in an Armenian landscape (Fay Stevens); 11) The colours of the past (Cornelius Holtorf).