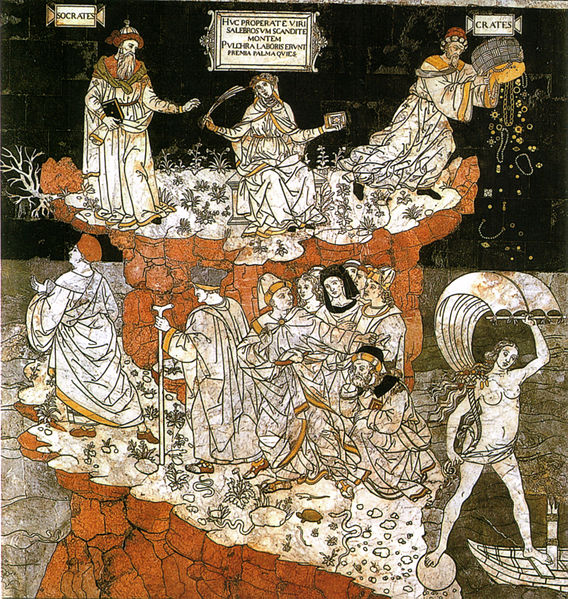 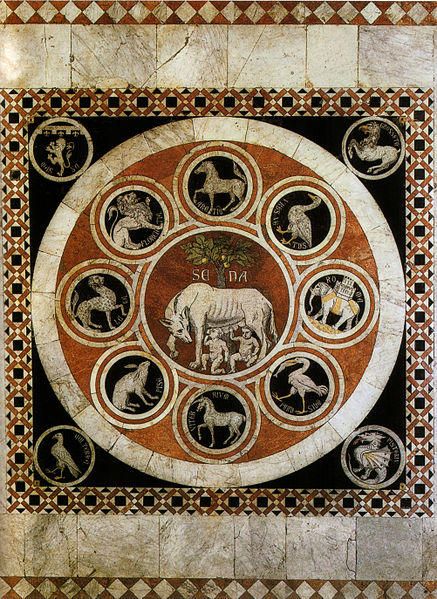 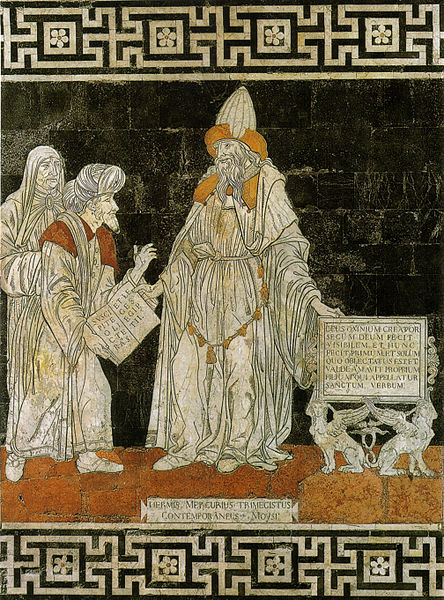 Last chance to visit them

If you happen to be in Tuscany, do not miss the rare opportunity to see the spectacular Renaissance mosaics covering the marble floor in Siena’s cathedral. The uncovered pavement can only be seen in its entirety for a short period each year (this year until October 24th). The rest of the year the mosaic panels are usually covered to protect them from the one million visitors who visit Siena’s Duomo each year, leaving only a few on display.

The inlaid marble mosaic floor is one of the most ornate of its kind in Italy, covering the whole floor of the cathedral. The Renaissance mosaics took local artists 500 years to create. Renaissance critic Giorgio Vasari described the stunning mosaic floor as “the most beautiful… largest and most magnificent… that ever was made.”

To transfer the artists’ ideas onto the floor, local artisans used the graffito technique, scratching outlines onto slabs of white marble using a chisel and a drill, before filling them with black stucco. In later years the marble intarsia technique was employed, whereby coloured marble was then added in much the same way as with wood inlaying, resulting in vivid compositions using black, white, green, red and blue marble.

The panels depict allegorical, mythological and Biblical scenes. Most of the panels are rectangular, but the later panels in the transept are hexagonal and lozenge shaped. The earliest panels date to the Middle Ages. The ‘Ruota della Fortuna’ (Wheel of Fortune) was laid in 1372 and restored in 1864. The ‘Lupa che allatta Romolo e Remo’ (She-Wolf Suckling Romulus and Remus) dates from 1373 and was restored in 1864; the she-wolf is the symbol of Siena and refers to the mythological tale of the city’s foundation by Aschius and Senius, who were the sons of Remus.