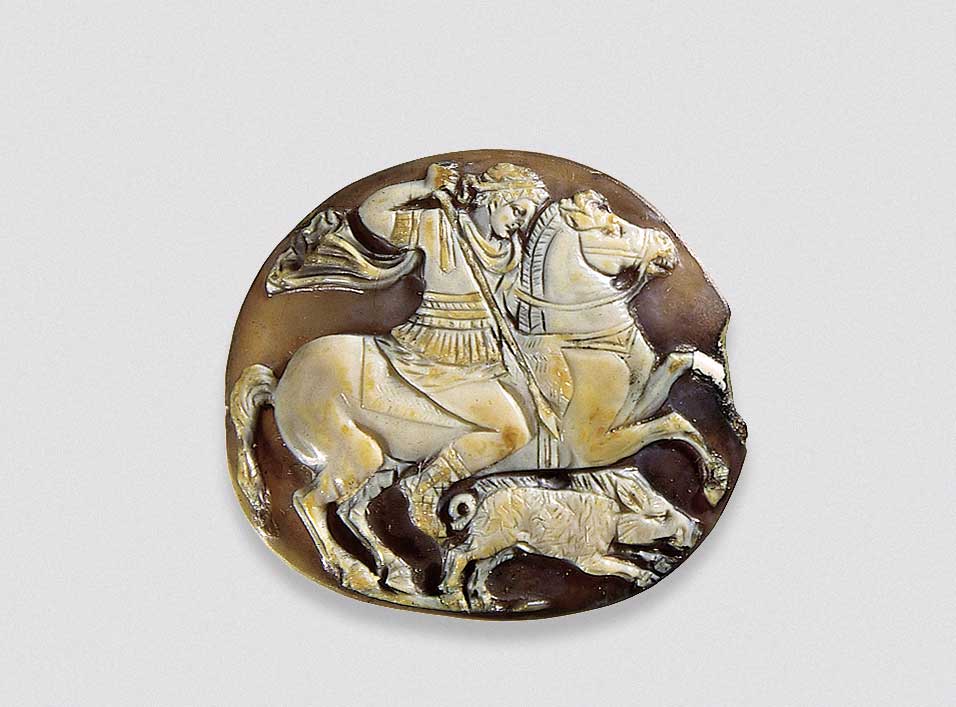 Alexander from Russia to Australia

"Alexander the Great: 2000 years of treasures" opens next week in Sydney

“Alexander the Great: 2000 years of treasures”, opening on November 24, is an exciting and prestigious classical culture exhibition ever to be hosted by the Australian Museum in Sydney and features the largest collection of treasures ever to come to Australia from the world famous State Hermitage in St Petersburg, Russia. This exhibition will be exclusive to Sydney.

The exhibition includes over 400 objects from classical antiquity through to the modern age from both Western and Non-Western origins, spanning a period of almost 2500 years.

Signature pieces that people travel from all over the world to the State Hermitage to see, including the famous Gonzaga cameo and the polished black basalt statue of Cleopatra VII, will be on display.

The exhibition narrative will be guided by the voice of the ancient historians. It will be divided into six main themes: The Myth of Alexander, Alexander’s Background, His Eastern Campaign, The Hellenistic cultural legacy created by Alexander’s empire, Ongoing Hellenistic influence, Reinventing Alexander.

The exhibition will begin with the myth of Alexander. Engravings of his heroic deeds from the 17th century after the famous paintings by Charles Le Brun set the scene and encapsulate the epic stories of Alexander that were told and re-told in later centuries.

The exhibition then moves on to Alexander’s background, his native Macedonia, his teachers, his heroes, Achilles and Heracles, and his ideals. One of the highlights of the exhibition is the figure of Heracles fighting a lion from 2nd-3rd century CE and another, the very impressive statue of Dionysus, 2nd CE. Also featured here is some very fine gold jewellery and armour from this early period.

The central area to the exhibition features Alexander’s Eastern Campaign: an unparalleled journey of conquest lasting over ten years with an army that was more than 50,000 strong. Objects from Egypt and Persia, from the nomads and the Babylonians, attest to the rich cultures that he encountered on his travels. Two key objects in this section are the Gonzaga Cameo – the portrait of Ptolemy II Philadelphus and Arsinoe II, and the large basalt statue of Cleopatra VII. Also included are gold and silver everyday objects and sculptures in clay and limestone.

Touch screens will provide a deeper level of understanding about the battles and tactics that Alexander used as well as explore the logistics of supporting an army of over 50,000 men.

Alexander’s conquests and city building laid the foundation for the spread of Hellenistic culture and ideas from the 4th century BCE to the first few centuries CE and is reflected in the common language of Hellenistic, art and architecture, religion, government and economics and in the spread of luxury items and trade. The appealing terracotta figurines depicting men and women, gods and satyrs, musicians and Eros, and stone fragments of architecture testify to the artistic wealth that characterized the Hellenistic territories.

Hellenism laid the ground work for the Roman Empire and the spread of Christianity and is revealed in the imposing funerary reliefs from Palmyra, the delicate textiles from Coptic Egypt and the silver and bronze ware from the Byzantine period.

The final section of the exhibition illustrates the spread of myths and legends about Alexander in both the East and West from the 12th century to the modern age. In the fifteenth and sixteenth centuries, Alexander played a prominent role in Persian literature, in which he is known as Iskander. He is recognizable in finely executed miniatures and in particular in this exhibition, where he is seen with the dying Darius.

Catherine the Great was greatly influenced by Alexander and one of the highlights at the conclusion of this exhibition is the magnificent portrait of Grand Dukes Alexander and Constantine painted by Richard Brompton in 1781.

The exhibition has been curated by Dr Anna Trofimova, Head of the Department of Classical Antiquities at the State Hermitage in St Petersburg. She was ably assisted by a large team of collection specialists from nine of their departments.

An equally large group of exhibition specialists will be involved from the Australian Museum and will comprise of designers, conservation and education experts and also include those that will oversee the logistics of bringing such a large assembly of objects to Australia. The exhibition planning has taken over three years to-date and is extremely complex and detailed. The exhibition will be displayed in the newly re-furbished temporary exhibition space that covers over 1000 sq metres.