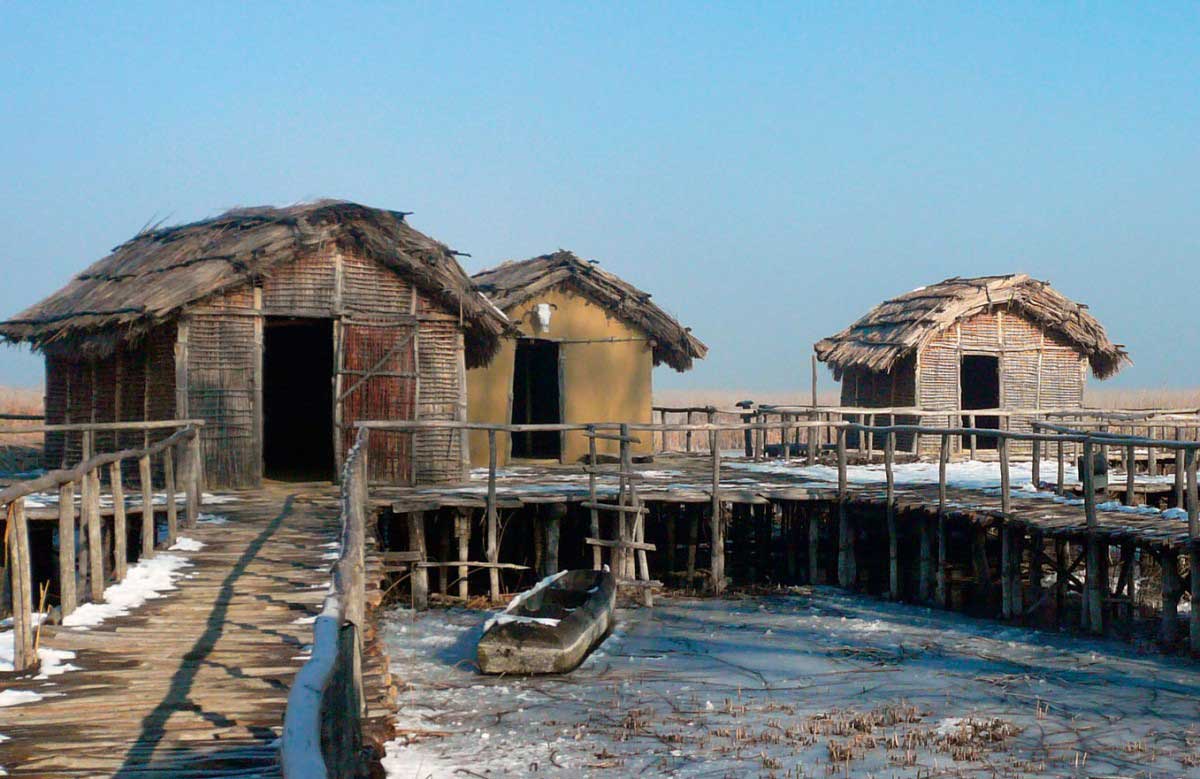 Paleolithic Macedonia: Landscape in the Mist

What do we know about paleolithic Macedonia? Some scarce finds, mostly stone tools, and usually “orphan”, and some general dating references maintain until today a fragmentary, rather distorted picture about this distant era, a picture which is being even more obscured by soil erosion and climate changes that occurred over the last 100,000 years.

Professor of Prehistoric Archaeology at the Aristotle University of Thessaloniki, Nikos Efstratiou, spoke about the need for new, dynamic approaches to this research field, in his announcement at the conference entitled “Hundred Years of Research in Prehistoric Macedonia”.

Mr. Efstratiou pointed out that prehistoric research in Macedonia is still in its infancy and said that one of the most significant problems is the fragmentary character of all periods of the Pleistocene. He also referred to institutional problems, lacking of educational and research programs about this period, as well as the general conditions that do not encourage the realization of systematic paleolithic surveys. The surveys conducted allow a reduced archaeological “visibility” of paleolithic groups, because of the features of the geomorphological landscape of the region and the paleoenvironmental changes, that interfere in a dramatic way in every attempt to reconstruct settlement systems.

Typical examples of the problems occurring in the research of the Middle Pleistocene are the Acheulean biface axe of Palaiokastro in Kozani, an “orphan” find of the beginning of the 1960s, whose provenance remains unknown, and the Petralona Cave, as a site of Palaeolithic finds and activity.

“These are two extreme, I would say, cases of archaeological finds and skeletal remains respectively, that, apart from the morphological characteristics, which classify them to broad time and cultural periods, haven’t until today generated a scientific exchange of well documented views about the Lower Paleolithic” as Mr. Efstratiou stressed. Fragmentary data could also be gathered by the stone tools from the “terraces” of Aliakmonas River near Siatista.

Research of the Middle Paleolithic period in Macedonia has provided richer finds, but fewer excavations are being conducted there. Caves, which are more frequently investigated, just represent spaces of temporary Paleolithic activities (like shelters).

Sites of this period have been surveyed in the areas of Drama, at the sources of the Angitis River, the Cave Maara, the tributaries of Strymonas River and the valleys of Nestos River. In Pella, at the village Rachona and in Middle Paleolithic settlements, surface finds prove the presence of hunter-gatherers’ camps all over Macedonia during that period, whereas stone tools have been collected around the Kastoria Lake.

“Small climax” surveys have been conducted during the last ten years in the Samarina area, where a large amount of high quality tools from the Middle Paleolithic seems to be connected with hunter camps, in landscapes “where nobody expected to find them until today”, said Mr. Efstratiou referring to sites 1,700-2,200 m high. “This opens a new chapter in the study of this period in Macedonia”, adds the archaeologist. The presence of Neanderthal groups in Western Macedonia since 100000 also seems remarkable.

Least known in Macedonia is the Upper Paleolithic, as very few surveys were conducted in that field. Until today just a few traces of hunters’ presence and Upper Paleolithic settlements have been found. This could be due to the use of external sources of raw materials, which possibly means that hunting groups moved more and therefore there is a reduced archaeological “visibility” in spaces apart from caves, as Mr. Efstratiou explained.