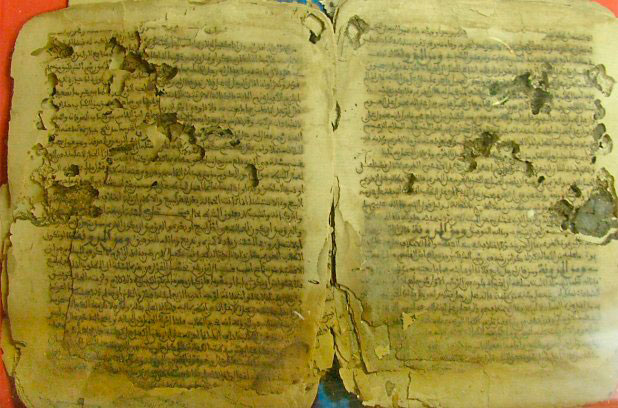 According to the town's mayor

Islamist insurgents retreating from Timbuktu in Mali, as French troops and the Malian army reached the gates of the city, set fire to a library of Timbuktu containing thousands of priceless historic manuscripts, according to the Saharan town’s mayor.

“The rebels set fire to the newly-constructed Ahmed Baba Institute built by the South Africans …” Halle Ousmane told Reuters by telephone from Bamako, capital of Mali, adding he had received the information from the municipality’s chief of communications.

Ousmane was not able to say to what extend the building had been damaged. The Islamist insurgents have also burned down the town hall, the governor’s office and an MP’s residence.

The Ahmed Baba Institute, one of several libraries in the city containing rare and invaluable manuscripts dating back to the 13th century, is named after a Timbuktu-born contemporary of William Shakespeare.

It is estimated that the library houses more than 20,000 manuscripts, many of which are stored in underground vaults.