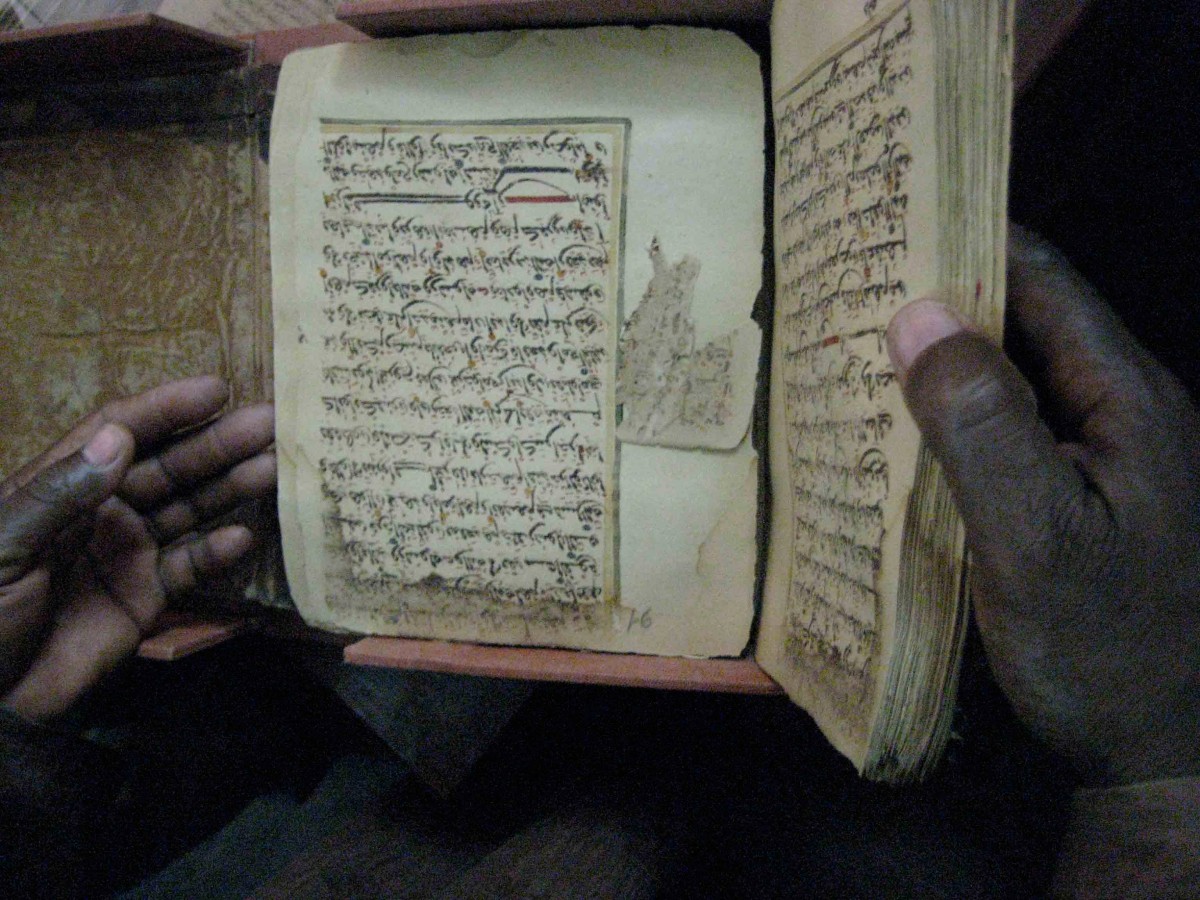 4,000 ancient manuscripts have been destroyed by Islamic radicals during their occupation of Timbuktu, according to the findings of a United Nations expert mission.

The damage amounts to about one-tenth of the manuscripts that were being stored in the fabled city situated in modern day Mali. The majority of the documents dating back to the 13th century were saved by the devotion of the library’s Malian custodians, who spirited them out of the occupied city in rice sacks, on donkey carts, by motorcycle, by boat and by 4-by-4.

“Officials are currently trying to determine how many of those documents were digitized prior to their destruction or disappearance”, said David Stehl, program specialist in the cultural section of UNESCO, the U.N. body that added Timbuktu’s monuments to its list of World Heritage sites in 1988.

“Of the 46,000 manuscripts that were held by the Ahmed Baba Institute of Higher Learning and Islamic Research, 4,203 manuscripts were either burned by the Islamists or stolen,” Stehl said during a visit to Timbuktu this week.

Authorities had previously estimated that less than 5 percent of the library’s holdings had been destroyed, and the current estimate is significantly higher. Stehl said the expert mission also had identified additional mausoleums believed to have been damaged or destroyed during the occupation, raising the total from nine to 16.

Along with the rest of northern Mali, Timbuktu was occupied by Islamic radicals following a military coup in March 2012. The al-Qaida-linked extremists were driven out of cities in the north following a French military intervention campaign launched last January, but not before burning the manuscripts they could get their hands on. Many of the documents, however, were being stored in an older building belonging to the center. They were surreptitiously transferred to the southern capital of Bamako in empty rice and millet sacks.

Stehl said officials were eager to get those documents back to Timbuktu. “We are working on securing manuscripts transferred to Bamako and creating the conditions for their conservation, because the climate of Bamako is not conducive to the preservation of manuscripts,” Stehl said.

Up to $2 million was needed to begin retrieving manuscripts and restoring mausoleums, among other efforts planned to rehabilitate Timbuktu, he said. He said support was coming from the European Union, Norway, Switzerland and Germany.