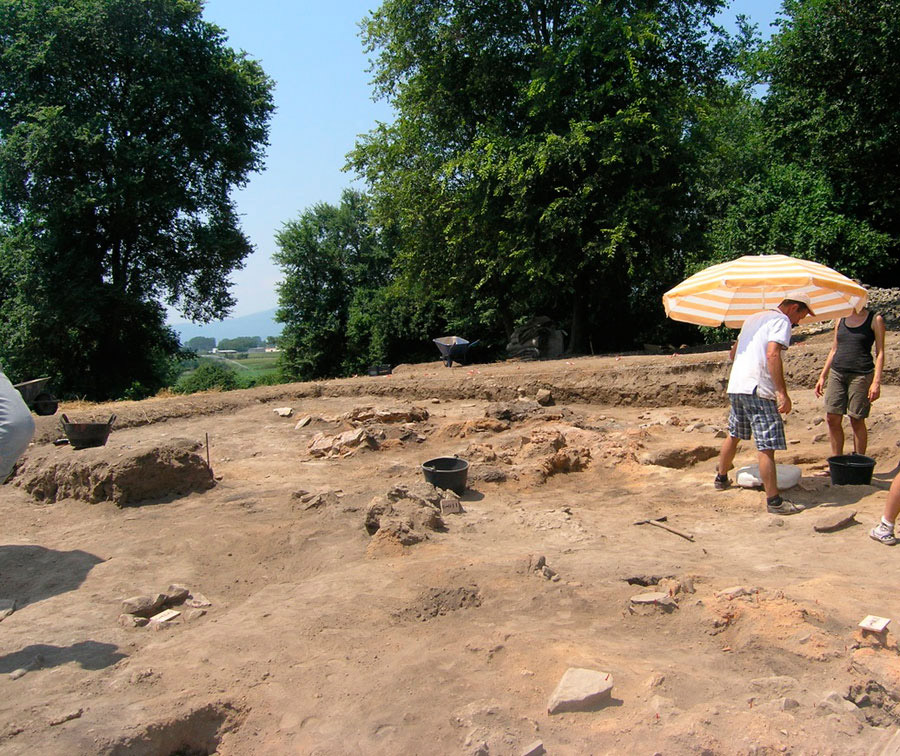 Photo caption
News: The Archaeological Work in Macedonia and Thrace

Elements for the various activities that were taking place in a Neolithic household will be presented during the annual conference for the archaeological works in Macedonia and Thrace, currently in progress in Thessaloniki.

At the prehistoric settlement of Dikili Tash, around 2 klm. East of the ancient city of Philippoi, there is an ongoing archaeological activity since 1961, through a joint Greek-French excavational programme (The Archaeological Society in Athens & The French School of Athens). A new research session started at 2008 under the direction of P. Darque, Ch. Koukouli-Chrysanthaki, D. Malamidou and Z. Tsirtsoni.

As reported: “Dikili Tash is one of the best documented sites of the Balkans for the periods from the Early Neolithic (around 6400-6200 BC) up to the Late Bronze Age (12th century BC). The residential remains are plenty and preserved in an unusually good condition. In one of the buildings currently excavated, “House 1”, dating at the 2nd half of the 5th millennium (4400-4200 BC), large quantities of carbonized pressed grapes (vitis vinifera), indicating that fresh grapes had been pressed to produce juice. Several pots, surviving as a whole or in pieces, found near the grapes, contained probably these grapes or their juice. This impressive and unusual find is probably the earliest indication of wine making in Europe.

”Research on defining the way of treating vines (microscopic and chemical analysis) is taking place with the cooperation of Tania Valamoti and is funded by National Geographic Society. More plant species have also been found : rovies (vicia ervilia), wheat (triticum monococcum) and flax (linum usitatissimum), the latter probably used for its oil or its fiber.

”Such seeds as well as the quantities in which they have been found indicate that “House 1”’ s destruction took place in autumn, during a period that the crop had been stored for the following winter”.

* The new finds will be presented tomorrow, Friday 22/03/2013 at 12.15 pm at The Ceremonial Hall, Aristotle University Thessaloniki, in the framework of the annual conference for the Archaeological Work in Macedonia and Thrace.