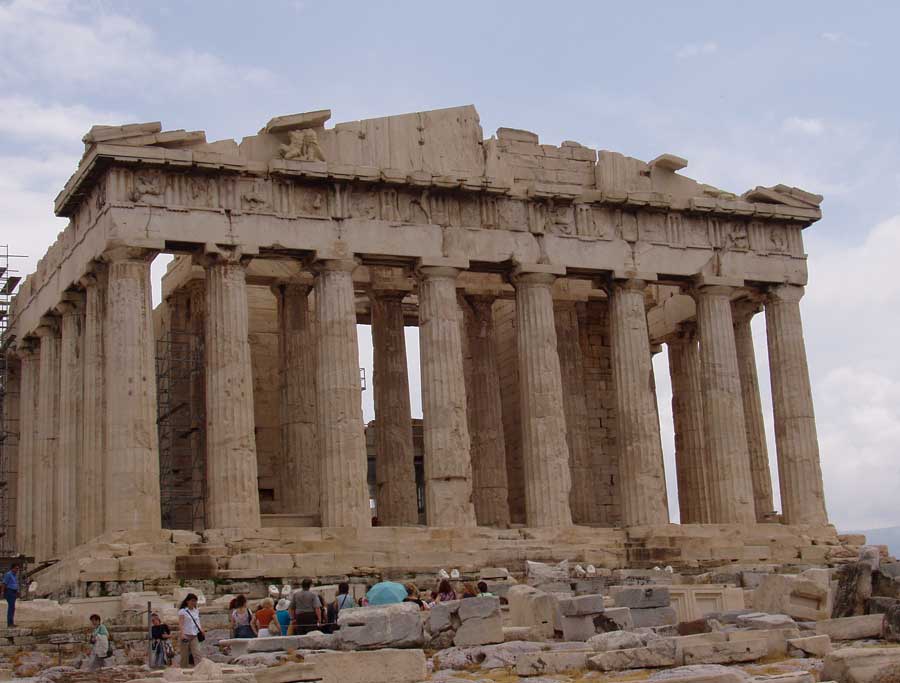 Parthenon. An Icon of Global Citizenship

The Parthenon has become a symbol of global citizenship recognised all over the world. Its shape has been associated with beauty, perfection and stature. This can be seen in any building that reflects these values (court houses, banks, museums etc). What the world needs to be aware of is that an integral part of the structure and decoration of this monument (the collection of the Parthenon Marbles) was removed and has been kept away for over 200 years. Due to tireless efforts by Global citizens and an increasingly positive world public opinion the case for reunification is gaining momentum towards a commonly accepted solution. The reunification of a global icon as the Parthenon will benefit not only the Greek people but the world community who will be able to admire and study the narrative of the collection in its intended state.

In 2012, three leading campaigning organisations for the reunification of the Parthenon Marbles, from Australia, UK and USA, joined forces and organised an International Colloquy that was held in London. The event was timed to coincide with the third anniversary of the opening of the new Acropolis Museum and the occasion of the 2012 London Olympics one month later.

It was decided, and announced during the event, that it was the first of an annual series of conferences to be hosted by the three committees on a rotating basis.

The International Organising Committee – Australia – for the Restitution of the Parthenon Marbles (IOC-A-RPM) invites abstracts for the 2013 International Colloquy: “Parthenon. An Icon of Global Citizenship”, which will be held at the Nicholson Museum (Sydney), on Friday 15 – Sunday 17 November 2013.

IOC-A-RPM is looking for dynamic, engaging and practical presentations which showcase the major heritage and historical value of the Parthenon as a monument and as a globally recognised icon. IOC-A-RPM is seeking presentations that mix evidence and research/evaluation with real stories, leading to valuable lessons for the reunification campaign at large.

Abstracts should address at least one of the Colloquy’s themes (Education, Activism, Economy, Litigation).

Each abstract must state clearly:

-Purpose of the paper

-Whether the paper is based on existing evidence or new research.

-Key points of presentation (e.g. what we did, why we did it, positive and negative outcomes, lessons for the global campaign); and

-Specific learning outcomes delegates will obtain from the presentation.

-Abstracts should be up to 500 words in length, words over this limit may not be considered.

-Abstracts must be submitted electronically as an email file attachment.

-Abstracts must be in Arial font, text 12 point. Text in body of abstract: left justified.

-Abstracts must be accompanied by a brief presenter profile (see attached template). This will be used in Colloquy material and for introduction purposes during the Colloquy.

-A consent form will be provided to successful presenters once approved.

-Presentation sessions may run for up to 12 minutes. The exact session length will be confirmed at a later date.

-The presentation can also be delivered as a video.

-Travel and accommodation costs are the responsibility of presenters.

-IOC-A-RPM reserves the right to edit abstracts for grammar, spelling, punctuation, clarity and to shorter abstracts for publication in Colloquy material.

-Abstracts must be originals and not-commercial in nature.