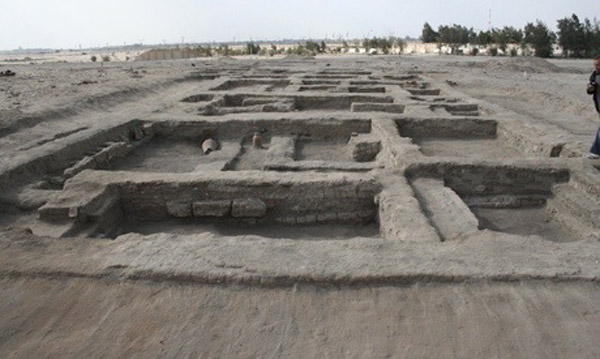 A number of workshops have been found

An Egyptian excavation team from the Ministry of State for Antiquities (MSA) uncovered on Thursday a complete industrial area that can be dated to the Graeco-Roman era.

The discovery took place during routine excavation work at the archaeological site of Tell Abu-Seifi, east of the Suez Canal and south of Qantara East.

The industrial area includes a number of workshops for clay and bronze statues, vessels, pots and pans as well as a collection of administrative buildings, store galleries and a whole residential area for labours. An amphora, imported from south of Italy, was also unearthed.

“It is a very important discovery that highlights Egypt’s economical and commercial relation with its neighbouring countries on the Mediterranean Sea,” MSA Minister Mohamed Ibrahim told Ahram Online. He added that it also gives a complete idea of the Egyptian labours’ daily life” .