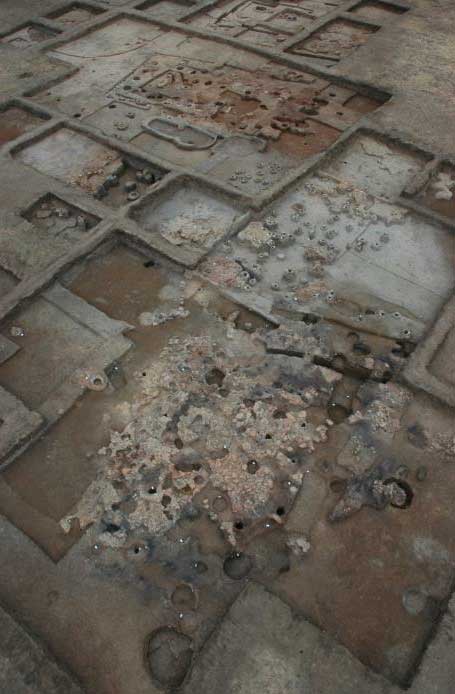 Τen years of research activity at the Neolithic settlement of Avgi, Kastoria

Georgia Stratouli (17th Ephorate οf Prehistoric and Classical Antiquities) will give a lecture on “Tracing households, people and meanings: ten years of research activity at the Neolithic settlement of Avgi, Kastoria, NW Greece.” The lecture is organized by the Aegeus – Society for Aegean Prehistory.

In the mid-sixth millennium BC, a new farming community was established within the social Neolithic environment of the Kastoria region, at a short distance from the modern village of Avgi, and about 10 km SW of Lake Orestida. The Neolithic settlement, that covers an area of 55-60 acres, was situated on an extended terrace with an average altitude of 740 m, in a hilly landscape with a dynamic network of rivers and streams, an abundance of clay materials, and rich vegetation made up of oak forests and riparian plant formations.

Recent excavations (2002-2008) have revealed three distinct phases of occupation (Avgi I, II and III) dated to the Middle and mostly to the Late Neolithic period. Throughout the period that Neolithic Avgi was inhabited, which lasted approximately 1000 years, interesting changes occurred in the spatial organization of the site, building technology and material culture, as well as the social-symbolic practices.

Phase Avgi I (second half of the sixth millennium BC) is characterized by the presence of free-standing buildings which were intentionally destroyed by fire at the end of their life-cycles, and large highly interactive open areas (‘yards’). During phase Avgi II (early fifth millennium BC), the residential area shifted and reorganized; the habitation traces comprise mostly of outdoor activity areas, as well as a burial area with cremations, ascribing a strong symbolic meaning to the site. The latest documented phase Avgi III (first half of the fifth millennium BC) introduces new forms in the organization of built space, new construction elements and building layouts. Some buildings are defined by the presence of ditches, while the whole habitation area is now enclosed by a system of ditches. Moreover, there is evidence for the structured deposition of materials in a series of small and larger pits within the settlement.