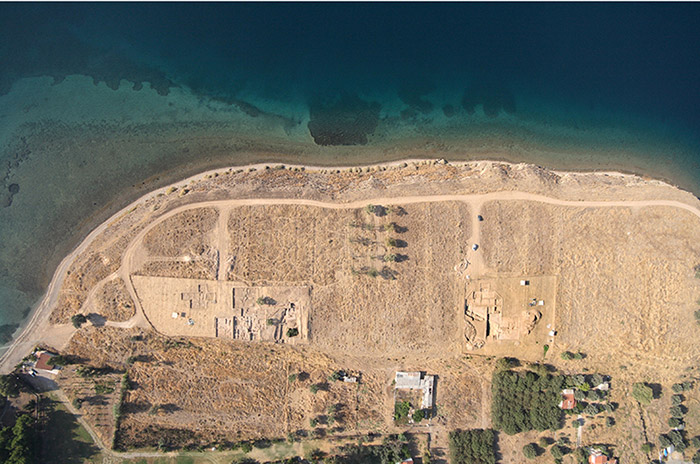 Greek city before the “polis”

Ritual practices and the construction of social identity in Early Greece (ca. 12th-6th centuries BC)

The Greek polis, as a political and territorial entity, is a remarkable social organisation that emerged in the Greek world after the collapse of the Mycenaean palace system and the “transition” period that followed. Because of its very distinctive character within the ancient world, the city-state dominates the study of Greek history. But how did this start and how can it be recorded?

Scholars often links the polis with communal rites and feasting in sacred or public spaces and they consider that these activities were a means to enhance the territory or group cohesion. Earlier literature has discussed cult and burial practices for periods earlier than the formation of the polis. However, what is missing is an up-to-date study of collective ceremonies from the Post Palatial period (ca 12th-11th c. BC) to the Archaic period (6th c. BC) where complex communal practices would be examined within a wider social context and, more importantly, beyond the structure of the Greek polis.

This is the aim of “Beyond the polis”, an international research project based at the Faculty of Classics at the University of Oxford and in the CReA-Patrimoine at the Université libre de Bruxelles, ULB. The project is led by Prof. I. Lemos and Prof. A. Tsingarida.

The project aims to study distinctive collective rituals which already occur in the Early Iron Age, and which extend into the Archaic period. Four significant study cases have been taken as a starting point. They will provide evidence about collective activities performed near settlements or city walls: the circular structures at Lefkandi, the Sacred House in the Academy of Athens, the EIA Amyklaion in Lakonia and the Archaic Building Complex in Itanos.The project will address several important issues that can also be applied to other sites which display similar features and are located over a wide span of geographical areas. Such issues are the typology of ritual-related structures and their location in relation to nearby city walls or cemeteries, the nature of communal ceremonies and the extend this can demonstrate chronological continuity as well as the extent of this continuity.

The final aim of the program will be to describe the variety of social structures that gave rise to such activities and to demonstrate continuity in patterns of collective behaviour, at least in certain distinctive areas of the Greek world.