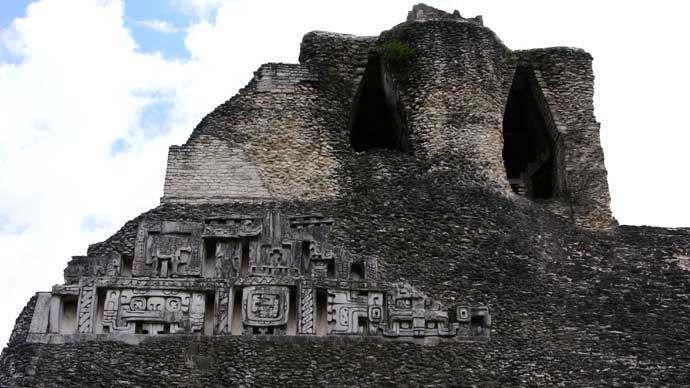 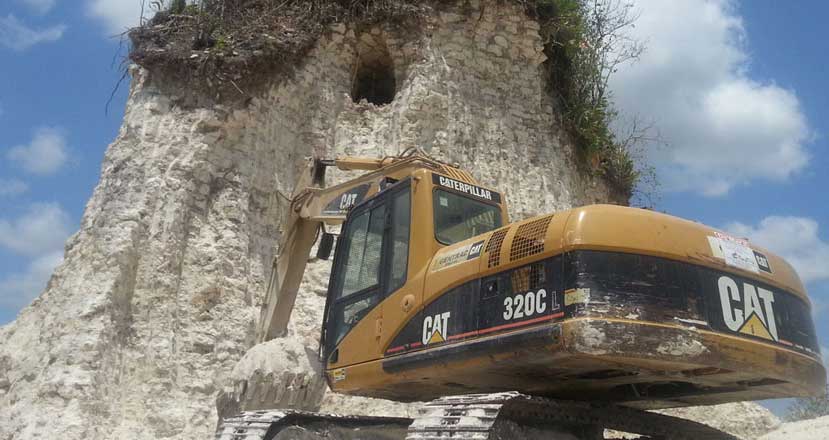 The ancient structure was used as a road fill

The authorities reported that the company was using bulldozers and backhoes to carry out the works, chipping away at the pyramid’s sides until barely anything was left.

The police in Belize said they are conducting an investigation and criminal charges are possible, as although the temple complex is located on private land, Belizean law states that damage to any Maya structure, building, temple and archaeological site is illegal under the NICH Act 2003.

The site of Noh Mul (“big hill”) was a major Maya ceremonial centre. Built at a vantage point on the Hondo River to control the region’s trade routes, the site had a long life. Structures of this northern Yucatán type were built over those erected in the Classic period. Some of these new constructions covered the front of older stairways and resemble the Caracol in Chichén Itzá, southern Mexico.

The site was first investigated in 1897 by Thomas Cann, who returned to it several times until the 1930s.

However, in 1940 one structure was partially demolished to provide road material for the San Pablo to Douglas highway. At least three burial chambers were uncovered during its demolition and while some of the contents were recovered by the authorities, most were either smashed or looted.

In 1972 Ernestene Green of Western Michigan University carried out some limited test-pitting in the area as part of her location analysis of sites in Northern Belize.

A major investigation began in 1982 when Norman Hammond, an emeritus professor of archaeology at Boston University began the full Noh Mul Project and by 1986 several areas relating to the ceremonial precinct and outlying zones including raised fields had been located and excavated. In the late 1980s structural consolidation began, with the hope of both preservation and tourism – however, this never fully materialised and the large pyramid returned to a mound in a cane field once again.