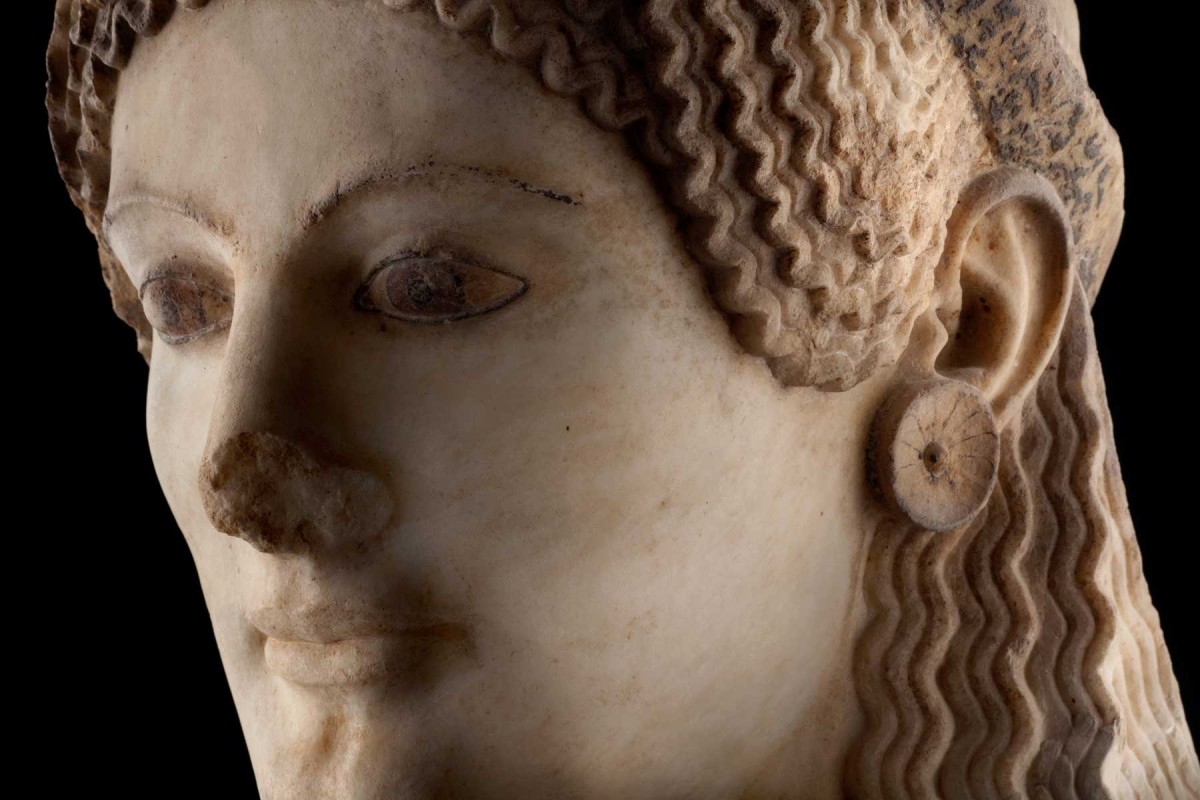 Until the end of December 2013, the Acropolis Museum wants to conduct research on its unique collection of Archaic statues, which retain their colors to a small or large degree, and to open a very extensive discussion with the public and various experts on color, its technical issues, its detection using new technologies, its experimental use on marble surfaces, its digital reconstruction, its meaning, as well as the Archaic period’s aesthetic perception of color. So far, scientific research into the color found on ancient sculpture has made great progress and reached surprising conclusions that to a large degree refute the stereotypical assumptions regarding ancient sculpture. It turns out that color, far from being just a simple decorative element, added to the sculpture’s aesthetic quality.

For ancient Greeks and their society, color constituted a way to characterize various attributes. The blond hair of the gods projected their power; the brown skin of warriors and athletes was a sign of virtue and valor, while the white skin of the korai expressed the grace and radiance of youth.

The Μuseum’s initiative on Archaic Colors is based on very careful observation, on spectroscopic analysis, on special photography sessions, on efforts to reproduce the colors of antiquity and then to apply them on Parian marble, and naturally, on searching through written sources for valuable information on the pigments.

The statues’ crisp, saturated colors, on bright garments and tender bodies, combined with the rich jewelry, frequently made of metal, and elaborately curled hair created a singular aesthetic pleasure, making the archaic statues “wonderful to behold” for the people of the period.

On the occasion of the initiative on Archaic Colors, the Museum invites families to discover the Archaic colors through various games and by coloring the Peplos Kore. Visitors are also able to color the Peplos Kore from home through the digital interactive application. Moreover, gallery talks on the Archaic Colors, with rich visual material, are held at the Museum by Archaeologists – Hosts in Greek and English.