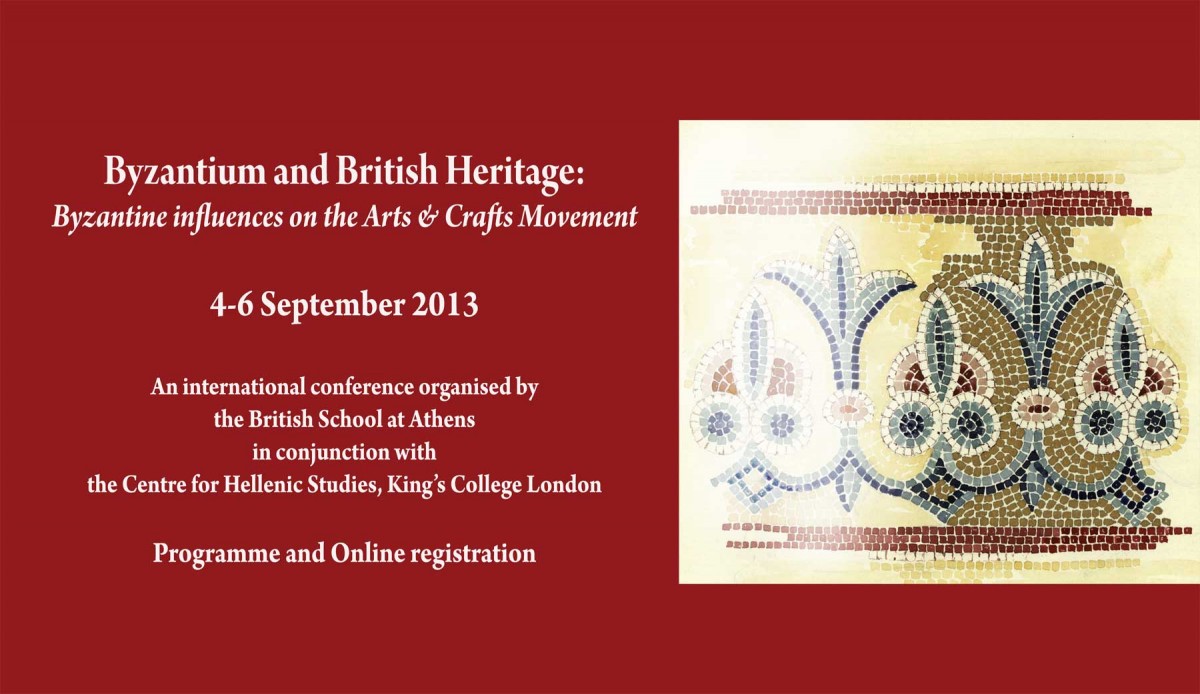 Byzantine influences on the Art and Crafts Movement

“Byzantium and British Heritage: Byzantine influences on the Art & Crafts Movement”, organised by the British School at Athens in conjunction with the Centre for Hellenic Studies opens a dialogue between specialists on the Byzantine world and on the Arts and Crafts Movement in order to set into context an important, if short-lived, episode in Anglo-Hellenic relations at the turn of the 20th century.

This dialogue will be articulated around the architects who created the Byzantine Research Fund Archive, a unique collection of architectural drawings and photographs of numerous monuments across the Byzantine world, held in the Archive of the British School at Athens.

Educated and trained in the traditions of the Arts and Crafts Movement (1880-1930) these architects developed highly successful practices, undertaking major commissions for buildings, furniture and fittings across Britain and the Empire. Their work, uniting as it does distinctively a British design tradition with Byzantine arts and crafts, represents a highly significant and under-researched link between Britain and the Hellenic world.

The conference is free to attend (4-6th Sept), though there is a small charge for the day-excursion (7th Sept) to St Sophia, Bayswater and to the Church of the Wisdom of God, Lower Kingswood, Surrey.

Highlighted subjects among the conference papers include the Byzantine Revival in Europe; the Byzantine Research Fund; Arts and Crafts architects (including W. R Lethaby, Robert Weir Schultz, and Henry Wilson) and monuments such as Westminster Cathedral; and the great patrons, including the Marquess of Bute and the Freshfield family.