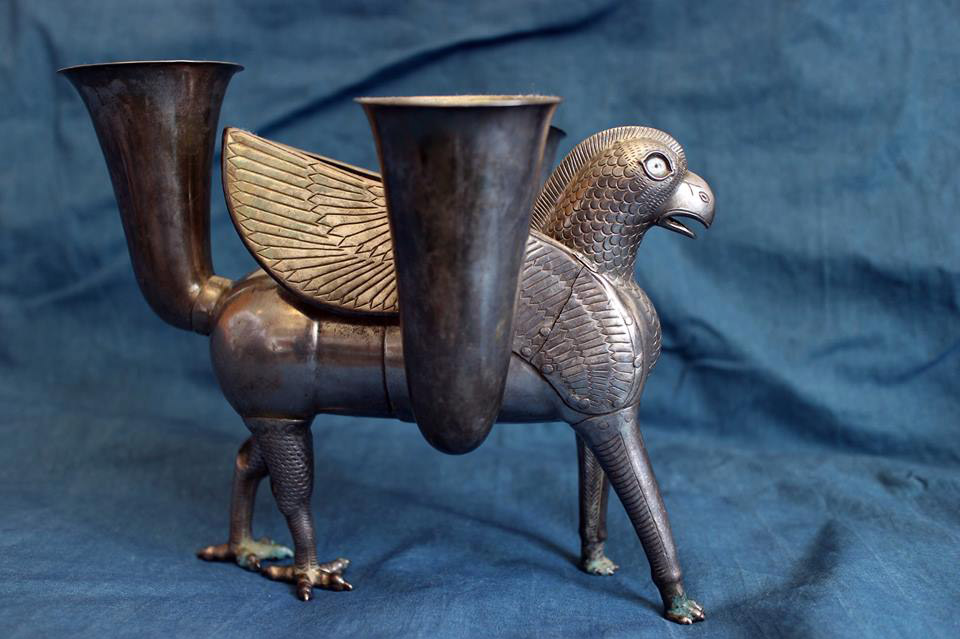 What is alleged by even the US State Department to be a 2,700-year-old artifact from Iran is actually a modern fake, dating back to, at the earliest, 1999.

This is the theory to be supported by retired Metropolitan Museum of Art curator Oscar White Muscarella  in a forthcoming publication on the much anticipated silver  griffin statue which was held in the US and was recently “returned” to Iran in the framework of a good-will diplomatic gesture.

As reported in a recent article in Tablet Mag, the griffin’s story was epic but, from the beginning, there was nothing to prove its antiquity. First seen in a gallery (in Geneva) and bought by a collector who also was a trustee of the Met, its design finds no parallels with any other object of known provenance -the only parallels are also coming from the antiquities market. Furthermore, it had puzzled the authorities even from the beginning. Despite proof of authenticity by three experts (who dated it to ca. 700 BC), one of the dealers involved in the purchase was arrested by the Department of Homeland Security -and pleaded guilty later- on the charge of falsifying the object’s place of origin, saying it originated in Syria rather than Iran. The buyer got her money back and the artifact was seized but the market, being into Homeland Security’s warehouse at Queens New York, until this fall.

“While the artifact was inaccessible to scholars and other investigators, a single photograph made available to Muscarella convinced him that it was a fake. Indeed, anyone with passing familiarity with ancient Near Eastern art, or any kind of art, would become suspicious at the merest glance”, states Tablet Mag continuing the story. “The artifact is made of silver sections joined together to form a winged griffin that walks on splayed, clawed feet. Most improbable are three funnels, two on the sides coming out of the body below the wings and one that protrudes painfully from the creature’s rear end […].It looks crude and absurd and should have led the buyer to ask what sort of nonsense was being pushed on her” .

With the artefact’s date pushed now from 700 BC to…1999 AD, there are still a lot to comment on the driving force behind the antiquities’ market as well as of diplomatic actions involving objects of culture. On the one hand, the antiquities’ market “sees” such objects as “artistic”, aesthetically pleasant creations, despite being cut from their cultural background. On the other hand, it is this cultural background diplomacy has to use to promote ideas of cultural respect. So, when an object of obscure identity is used for a diplomatic purpose, the way the griffin did, there will be trouble!