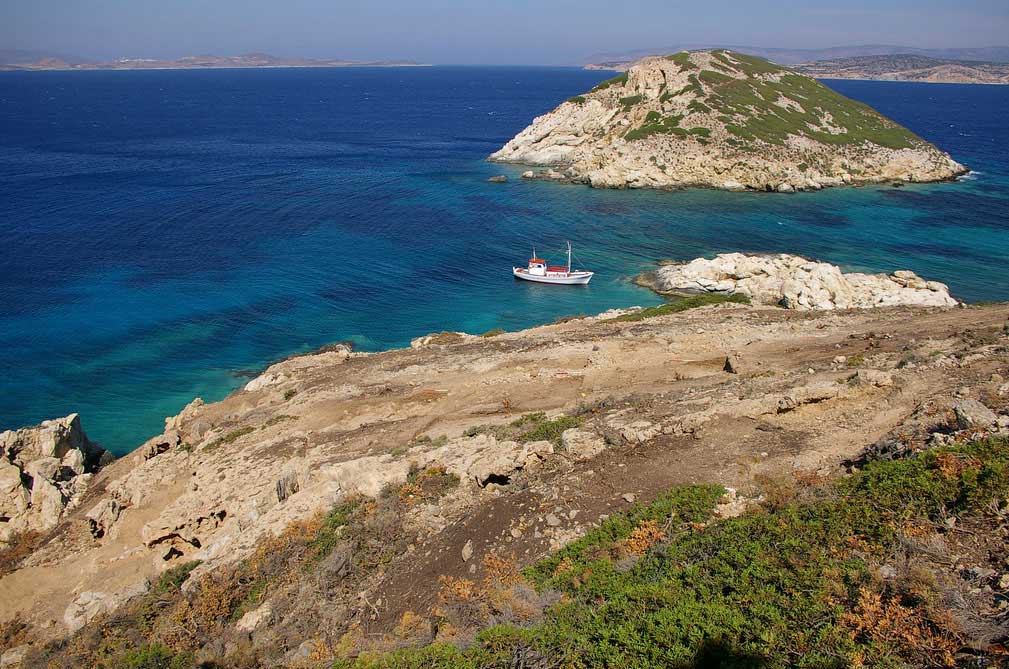 This is the first volume in the series “The Sanctuary on Keros: Excavations at Dhaskalio and Dhaskalio Kavos, 2006–2008”. Here the findings are presented from the well-stratified settlement of Dhaskalio, today an islet near the Cycladic island of Keros, Greece. A series of radiocarbon dates situates the duration of the settlement from around 2750 to 2300 BC. The volume begins with a discussion of the geological setting of Keros and of sea-level change, concluding that Dhaskalio was, in the third millennium BC, linked to Keros by a narrow causeway. The excavation and finds (excluding the pottery, discussed in later volumes) are fully documented, with consideration of stratigraphy, geomorphology, organic remains, and the evidence for metallurgy. It is concluded that there was a small permanent population of around 20, increased periodically by up to 400 visitors who would have participated in the rituals of deposition occurring at the Sanctuary at Kavos, situated opposite, on Keros itself, for which the detailed evidence (including abundant fragmented pottery, marble vessels and sculptures) will be presented in Volumes II and III.

The McDonald Institute’s newest publication will be launched at the Archaeological Society in Athens on 17 October.