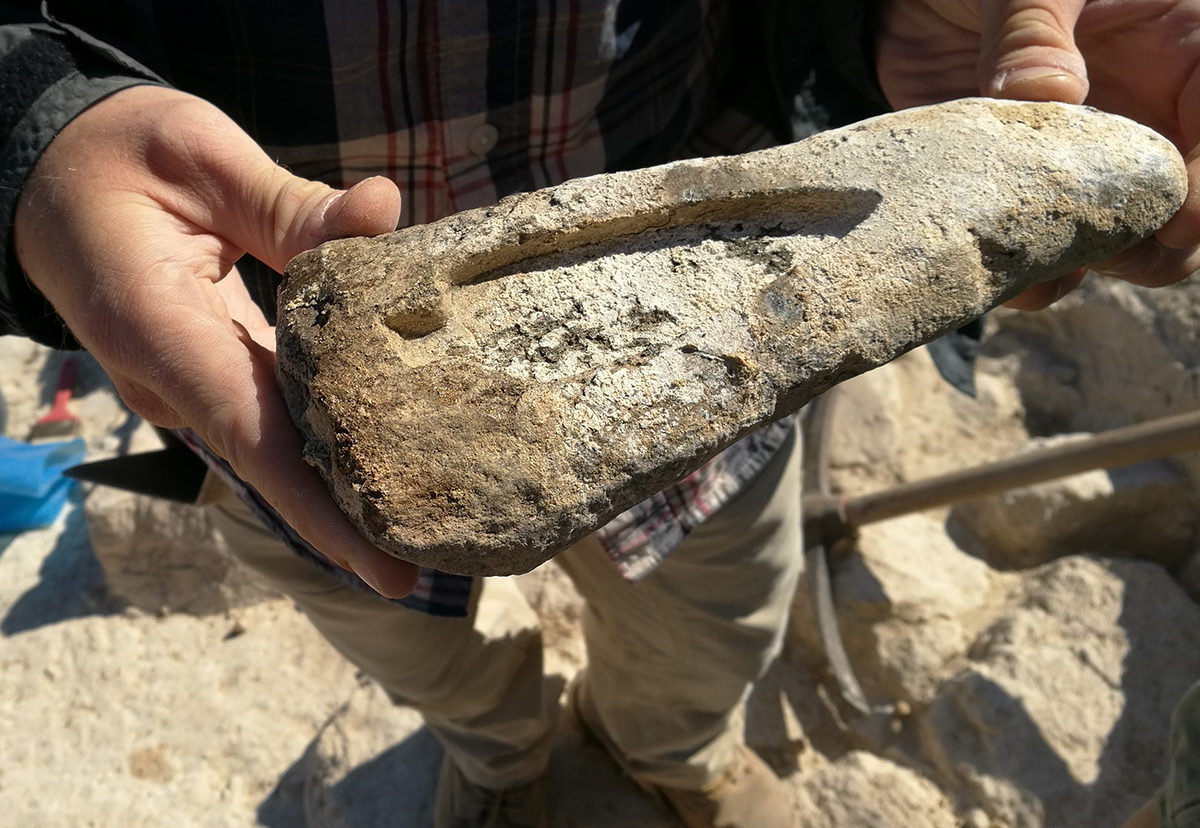 Excavations by the University of Cambridge on the island of Keros, an uninhabited Greek island in the Cyclades southeast of Naxos, has discovered a complex series of monumental structures and technological sophistication previously unknown.

Archaeologists have been exploring the Keros settlement of Dhaskalio, located on a promontory during the Bronze Age that presently sits on a tiny islet due to sea level changes.

Keros was known for ritual activities dating from 4,500 years ago, but the latest discoveries at Dhaskalio reveals that the promontory was almost entirely covered by monumental structures using imported stone from Naxos.

Forming the shape of a geological pyramid, the promontory acted like a natural harbour with commanding views of the Aegean. The people of Dhaskalio further enhanced the boundaries of this pyramid-like appearance by creating a series of terraced walls.

The technological sophistication of Dhaskalio became apparent when the Cambridge team was excavating a staircase in the lower terraces, they found a complex drainage system that predates the Mycenaean palaces by 1000 years and suggests that the settlement was architecturally planned.

Professor Colin Renfrew of the University of Cambridge said: “Investigations at multiple points throughout the site have given unique insight into how the architecture was organised and how people moved about the built environment”.

The inhabitants of Dhaskalio were proficient metalworkers, and the evidence for the associated technologies is strong everywhere on the site. No metal ore sources are located on Keros, so all raw materials were imported from elsewhere (other Cycladic islands such as Seriphos or Kythnos, or the mainland).

The excavations have found two sites used for metalworking that contains debris and associated objects. On one site, archaeologists found a lead axe and a mould used for making daggers from copper.

Dr Michael Boyd of the University of Cambridge, Co-Director of the excavation, says “at a time when access to raw materials and skills was very limited, metalworking expertise seems to have been very much concentrated at Dhaskalio.”

The beginnings of urbanisation

“What we are seeing here with the metalworking and in other ways is the beginnings of urbanisation: centralisation, meaning the drawing of far-flung communities into networks centred on the site, intensification in craft or agricultural production, “ in architecture, and the gradual subsuming of the ritual aspects of the sanctuary within the operation of the site.

This gives us a clear insight into social change at Dhaskalio, from the earlier days where activities were centred on ritual practices in the sanctuary to the growing power of Dhaskalio itself in its middle years.”