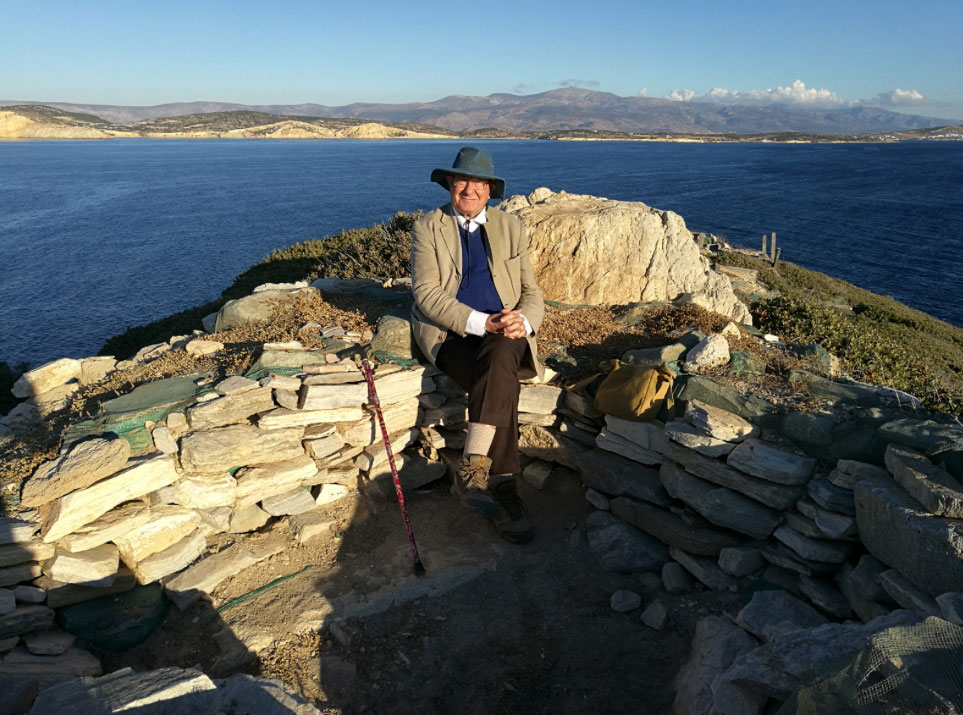 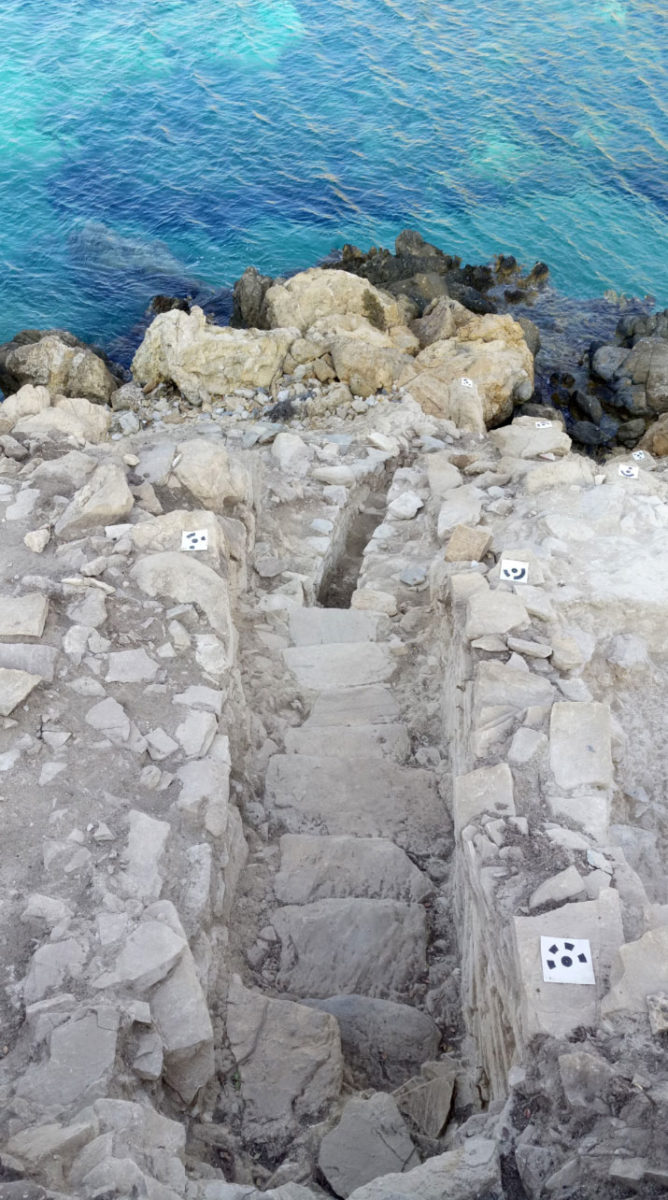 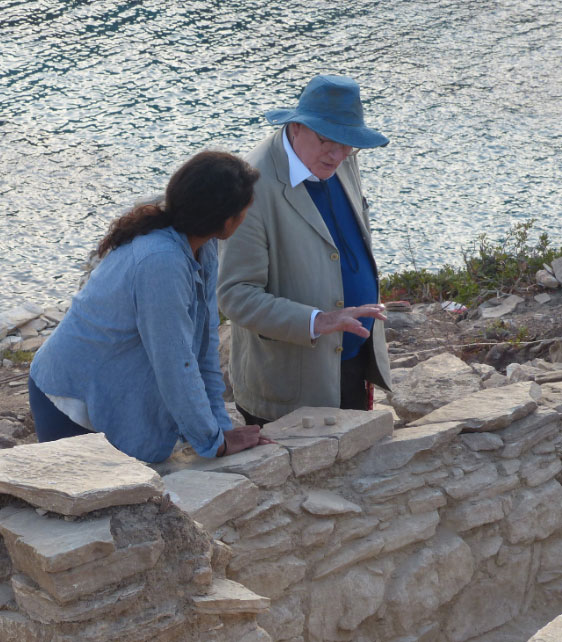 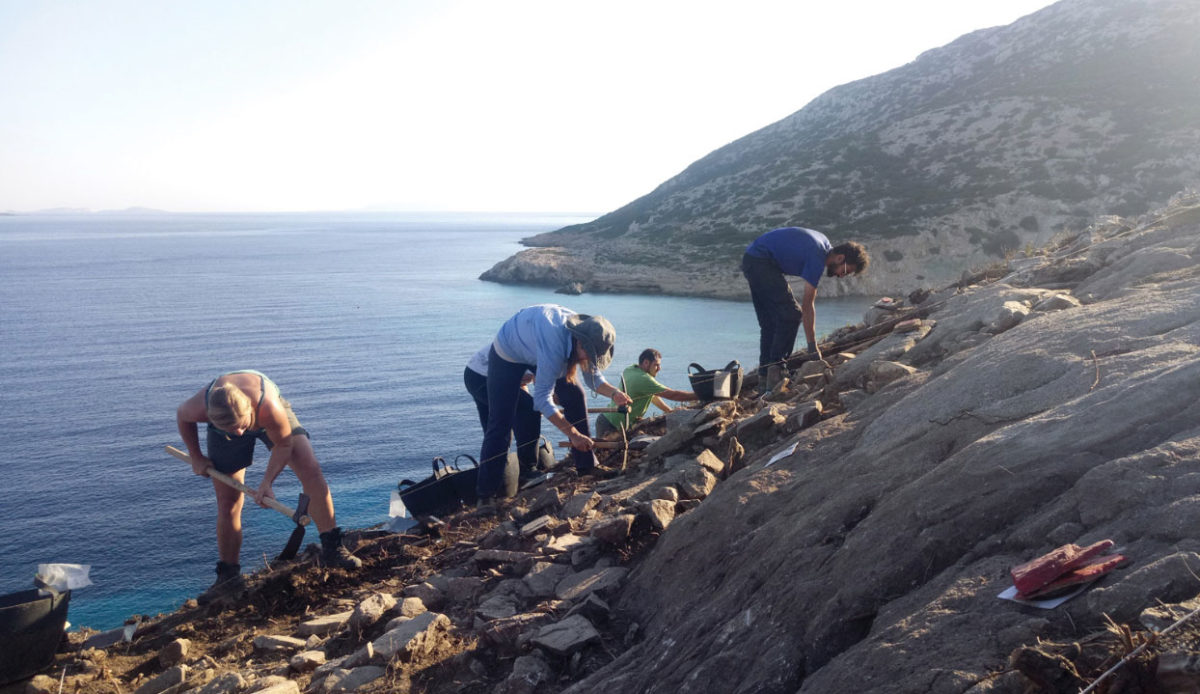 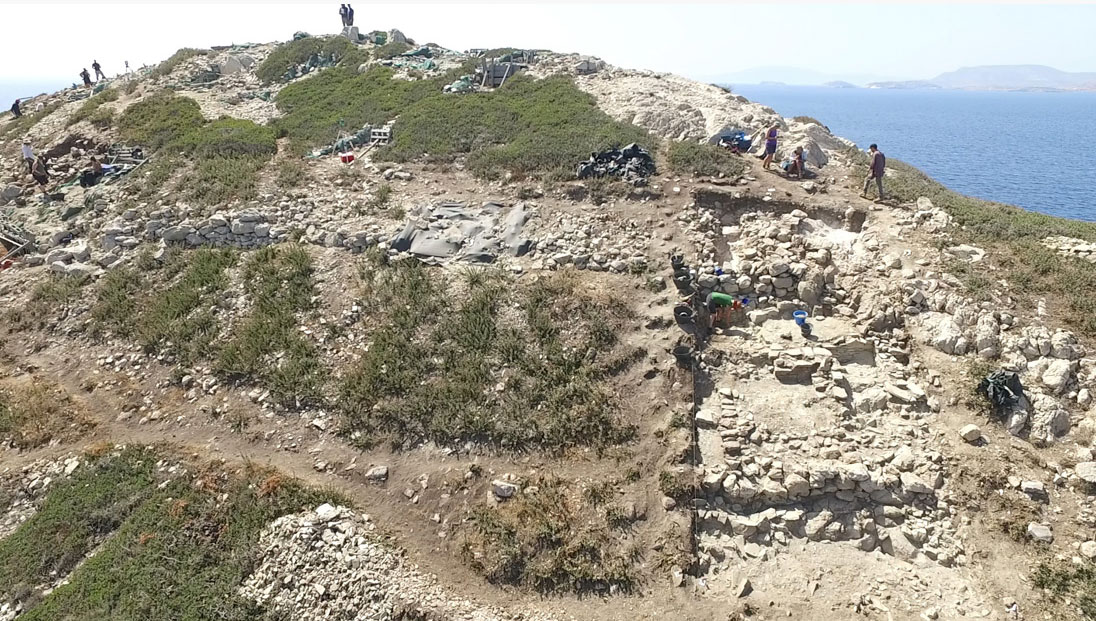 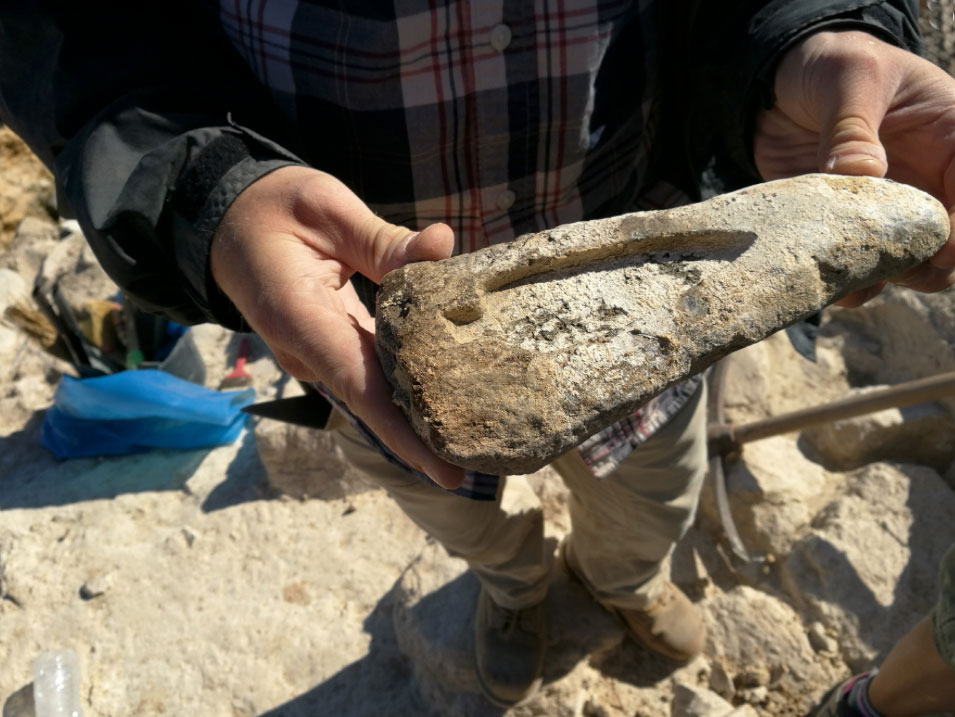 Keros: Unexpected archaeological finds in the heart of the Aegean

The new excavations on the remote island

The island of Keros in the Cyclades south of Naxos was till recently known for its  unique ritual activities 4,500 years ago, whose chief feature was the depositing of broken marble statuettes. On the most western promontory of Keros (now an islet because of sea level changes), right next to the prehistoric sanctuary, is the prehistoric settlement of Dhaskalio. New excavations there have brought to light a multitude of imposing and tightly built structures, much more impressive than what we thought to date, proving that it was one of the most important sites in the Aegean of the Early Bronze Age (3rd millennium BC). The new finds show that Dhaskalio was almost entirely full of unique monumental buildings, built of stone brought from Naxos, despite the distance of almost 10 klms separating the two islands.

Professor Colin Renfrew of the University of Cambridge, Co-Director of the excavation, argues that the promontory with the narrow passage that joined it to Keros, acquired a central role since it was the island’s  best natural harbour with commanding views of the north, south and west Aegean.

Dhaskalio is shaped like a pyramid which specialized craftsmen of the period further enhanced by constructing successive rows of massive retaining walls, making it look like a stepped pyramid. On the flat terraces formed between the walls, the builders used stone from Naxos to create impressive structures.

The research team headed by archaeologists from Cambridge University, the Cyclades Ephorate of Antiquities and the Cyprus Institute, estimates that over 1,000 tons of stone were imported. The island was built all over, giving the impression of a single magnificent monument rising from the sea. This settlement complex is to date the largest known in the Cyclades of that period.

While excavating an impressive staircase that came to light on the lower terraces, the archaeologists became aware of the expertise and technological sophistication of this culture, predating the famous Mycenaean palaces by 1,000 years. Under the staircase and between the walls they discovered a complex drainage system, which suggests a multifunctional architecture carefully designed in advance. Analyses on material from the inside of the pipelines will show whether these were for sewage or for transporting fresh water.

How can one explain such a sophisticated structural programme on this specific site?

The ceremonial events that took place in the neighbouring sanctuary prove that the site was of particular importance to the people of the Cyclades. Another aspect of Dhaskalio’s development can be found in the use of new farming practices for cultivating the olive and grape.

The soil of the excavation is being carefully examined since rich information is provided by microscopic elements, such as burnt seeds, phytoliths (inorganic plant residues made of silica), burnt wood and animal and fish bones. Lipid and starch analysis in ceramic pots and stone tools also provides data on food production and consumption. Residue of charred plants originates mainly from pulses and fruits such as grapes, olives, figs and almonds, as well as cereals such as emmer wheat and barley. From this data it is clear that Keros was not self sufficient. i.e. a great part of the foods were imported from elsewhere and based on these new facts we must revise our knowledge on  Bronze Age exchange networks for these to also incorporate the exchange of food.

Metalworking, the most important technology of the 3rd millennium BC, also played an important role. The inhabitants of Daskalio were proficient metalworkers, as clearly shown by clues found all over the site. Copper deposits do not exist in Keros, so it is certain that all raw materials were imported from elsewhere (from other Aegean islands such as Serifos or Kythnos or mainland Greece).

The mining of metal from imported ores was done just north of the sanctuary where winds were stronger, to achieve the very high temperatures required for this process. Activities such as metal smelting and casting of objects were very common in the Dhaskalio buildings. The new excavations brought to light two metalworking sites with debris and related objects. A lead axe was found in one of these, a mould for making copper knives, as well as dozens of ceramic fragments covered with copper remains (such as tuyères, ceramic tips of bellows used to blow air into the fire and increase the temperature). In another spot, located at the end of this year’s excavation period, the upper part of an intact clay oven was found, that points towards one more site with metal work activity to be fully excavated next year.

Dr Michael Boyd of the University of Cambridge, Co-Director of the excavation, says that at a time when expertise and access to raw materials were limited, it seems that Dhaskalio was a centre of specialized metal working. And he adds that, essentially, one observes the beginnings of urbanization with: a) centralisation, meaning the drawing of far-flung communities into networks centred on the site, b) intensification in craft or agricultural production, c) impressive architecture, and d) the gradual subsuming of the ritual aspects of the sanctuary within the operation of the site. All the above testify to processes of social change; from the early period when the activities were centred on ritual practices on Keros to the increasing power of Dhaskalio in subsequent years.

Pioneering methods are being applied in the excavation of Keros for recording the archeology of the Aegean. All data is recorded digitally, through a new iOS application called iDig. For the first time, excavation data and laboratory results are documented simultaneously in the same system, so that each member of the excavation group has direct access to all available information in real time. Three-dimensional models of the excavation trenches are created at all stages of the research using photogrammetry, while at the end of the excavation period a specialized team of the Cyprus Institute captures the site in detail with a laser scanner.

During this year’s excavation period, the Cyprus Institute and the University of Cambridge co-organized for the second time a training course in the field, with high standards. Students from Greece, Australia, New Zealand, USA, Canada and the United Kingdom participated in the excavation, gaining valuable experience in modern excavation methods and innovative scientific techniques. The educational programme promotes the principles of archaeology, thanks to the combination of teaching and research during the excavation process.

The Keros excavations are a research project of the British School at Athens and are carried out by permission of the Ministry of Culture and Sports. The programme is headed by Professors Colin Renfrew and Dr. Michael Boyd (McDonald Institute for Archaeological Research, University of Cambridge). The programme was implemented with the financial support of: the Institute of Aegean Prehistory (INSTAP), the Cyprus Institute, the McDonald Institute for Archaeological Research, the British Academy, the Society of Antiquaries of London, the Gerda Henkel Stiftung, the National Geographic Society, Cosmote, Blue Star Lines, EZ-dot and private sponsorships.