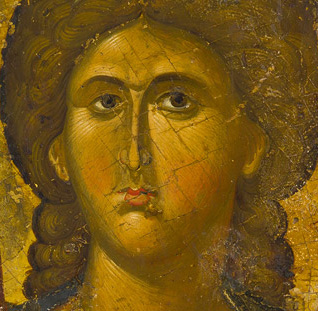 How do you solve a problem like Byzantine art?

An insight in the exhibition on Byzantium taking place currently in Washington DC’s National Gallery of Art is given through an article by Philip Kennicott published recently by the Washington Post.

“Throughout the more than 1,000 years of culture surveyed in the National Gallery of Art exhibition “Heaven and Earth: Art of Byzantium from Greek Collections,” Western Europe was a provincial backwater, a land of grubby kings, shifting borders and fractious states”, states Kennicott .

Too widespread to be perceived and understood by “casual visitors to Greece, determined to exhaust their appetite for classical culture” and “too complex and diffuse to be covered in anything like the relatively small, synoptic show at the National Gallery”. This is what the writer thinks of the Byzantine material culture which inspires him true awe. “Byzantium, the empire that dominated what was once the East of the Roman world, enjoyed by contrast relatively high literacy, a stable political, religious and bureaucratic culture, and, for those at the top, great luxury, articulated in glass, metal, stone and fine parchment”, he writes.

“The challenge of the exhibition is the perennial challenge of making sense of Eastern culture within a Western context: It requires first of all humility, then self-discipline and finally an acceptance of confusion, bafflement and wonder. Byzantium roughly corresponds to what students in the West grow up to believe were the Dark Ages, the long millennium and more between the decay of an aesthetic we can appreciate, derived from Rome and Greece, and the emergence of another aesthetic we adore, called the Renaissance. This in-between time seems static, naïve, unpolished, even inept”, Kennicott writes, to prove his point by comparing a decorated glazed pottery bowl from 13th c. Cyprus to a 410 AD marble bust of a lady.

Any archaeologists, especially those studied in Greece, would observe on such a comparizon as it is known that sculpture, despite getting more static with time, actually kept elements of classical tradition throughout the Byzantine times, more than any other form of art, while pottery is more versatile as it was developed as a lesser form of art and was “addressed” to wider audiences. Why not compare a 12th century piece of sculpture to the 12th century bowl? Or compare two pieces of sculpture from different periods?

However, the American writer proceeds into understanding that Byzantine art is not a single style but incorporates different traditions across the centuries. According to him, teh exhibition notes “the long persistence of classical cultural (and occasional revivals) throughout the centuries of Byzantine rule; and the permeable lines between the Islamic world, the Latin or Western world, and rule of the emperors and patriarchs in Constantinople”. His fresh look also succeeds in observing elements a Greek may miss. Contrary to the Greek view favoring a fast de-paganization of the Greek world through a series of formal Ecumenical Councils and informal persecusions of pagans, Kennicott observes that “paganism wasn’t so much banished as it was incorporated and repurposed”, describing different ways this incorporation might have taking place, using examples. “A carved stone table leg, made sometime in the mid-4th century, shows a boy holding a ram over his shoulders, an image that had as much currency among pagan elites as it did among Christians, although the latter would see it as a representation of the Good Shepherd. A carved frieze, found on the Acropolis at Athens, may be from a basilica that was once fitted into the Parthenon, a cohabitation that feels like desecration even today, especially for those who love the flawed deities of Olympus more than the dour monotheism of the past two millennia.

“That monotheism took a long time to form, and one might see the profusion of saints and angels in Byzantine culture as sign that its formation was never quite finished. One of the oldest pieces in the exhibition is a head of Aphrodite, made in the 1st century, with a crude cross chiseled on its forehead and damage to its eyes and mouth, a “deliberate effort to ‘close’ the former and ‘silence’ the latter,” according to the exhibition catalogue. But that is also a tacit acknowledgment of the old goddess’s lingering supernatural power.

“The defacing of Aphrodite by Christian ideologues was part of a long process of shutting down religious diversity and plurality, a move from a culture of dialogue to a culture of preaching and dogma. The fusion of political and religious leadership became all but absolute under the powerful Byzantine emperors, who appointed the patriarch. Heresy was derived from the word “hairesis,” or choice, and it became a crime”.

Kennicott’s finest moment is when he seems to achnowledge that the West lacks the artistic “education” required to understand Byzantine art and culture.

“There may be no avoiding the temptation. Byzantium remains and will long remain very strange to Western viewers, until its authors are as familiar to us as Augustine and Aquinas and its art and icons are integrated into our medieval galleries (or better, our medieval galleries subordinated to a vastly expanded display of art from the East). At the Metropolitan Museum in New York, Byzantine art, including spectacular silverware, is relegated to what are effectively below-stairs passageways. The same holds true at other major museums, and in Washington, Byzantine art is to be found in quantity only at Dumbarton Oaks, a small and snobby little museum where art always seems more foreign than it needs to be.

“So the problem is deeply ingrained in Western culture. It is intellectual, emotional, spiritual and architectural. The last of these is the best metaphor for our resistance. We would need to unbuild our thinking to appreciate what is on display at the National Gallery. Which makes one wish that more was included, especially a better sense of the provincial outliers during the long reign of Constantinople. But this is a start, or at least a reminder, of how interesting and severe the challenge is, and it is worth serious attention”.