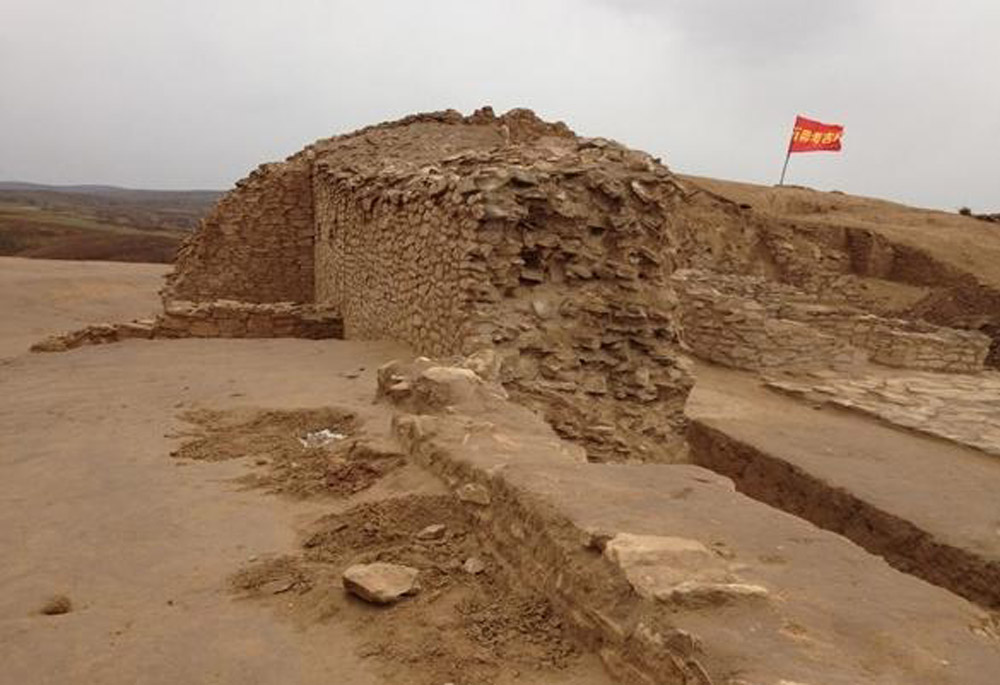 The Two Towers of Shimao Revealed

Architectural remains of two square beacon towers, once part of the city wall of the 4,000-year-old ancient city of Shimao in Shenmu County, Shaanxi Province (China), have been uncovered, according to Shaanxi Provincial Institute of Archaeology.

The neolithic fortifications were excavated last Wednesday and Thursday and, according to researchers, their finding contributes greatly to our knowledge of the evolution on fortification building in ancient China. According to a description by Su Zhouyong, deputy head of the institute, one of the towers found is 18 m. long, 16 m. wide and 4 m. tall, while the other is11.7 m. long, about 10 m. wide and 3 m. tall.

The Shimao Ruins were first found in 1976 in the form of a small town, and archaeological authorities only identified the ruins as part of a much larger city -the largest of its kind from neolithic time- last year after measuring the exact size of the ancient stone city.

The city was found to have a central area, and inner and outer structures. The walls surrounding the outer city extended over an area of 4.25 square kilometers.

Archaeologists said it was built about 4,300 years ago and was abandoned roughly 300 years later during the Xia Dynasty, the first dynasty in China to be described in ancient historical chronicles.